Yeti had been experimenting with full suspension designs as early as 1990 trying to develop various concepts around their steel frames, but none of them went past a single prototype. With the transition to Aluminum alloy frames and the development of the A.R.C. Yeti once again began working on a full suspension concept. Chris Herting took on the task and began development using one of the early A.R.C. frames (same as Furtados 1991 bike) as a test bed. Early prototypes of the A.R.C.-AS began testing under the skillful pilotage of Jimmy Deaton and Missy Giove. Detaon famously won the 1992 Mammoth Kamikaze and set a new downhill speed recording clocking in at over 56 miles per hour aboard his prototype A.R.C.-AS. The production version launched in 1993 and established Yeti as a player in the full suspension market. 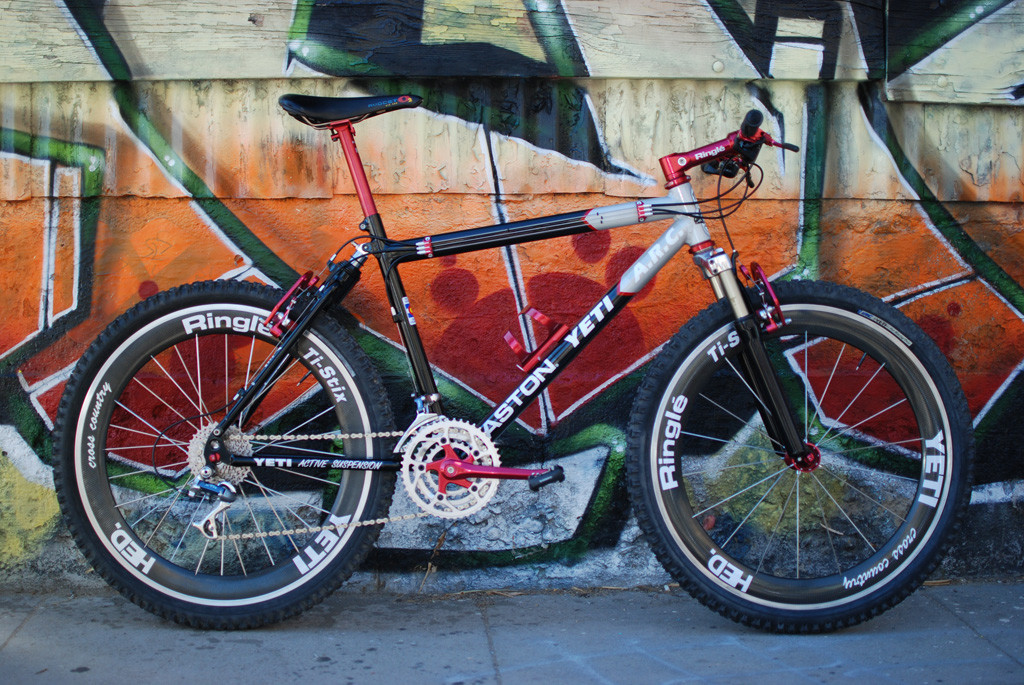 The A.R.C.-AS offered up approximately 2″ of rear wheel travel and was billed as having motocross developed Active Suspension. Early literature indicated that two rear shock options would be available including a Yeti/IRC developed elastomer shock and a Risse Racing air/oil shock. I’ve only ever seen the air oil shocks, on production bikes, but maybe some of the elastomer version made it out. 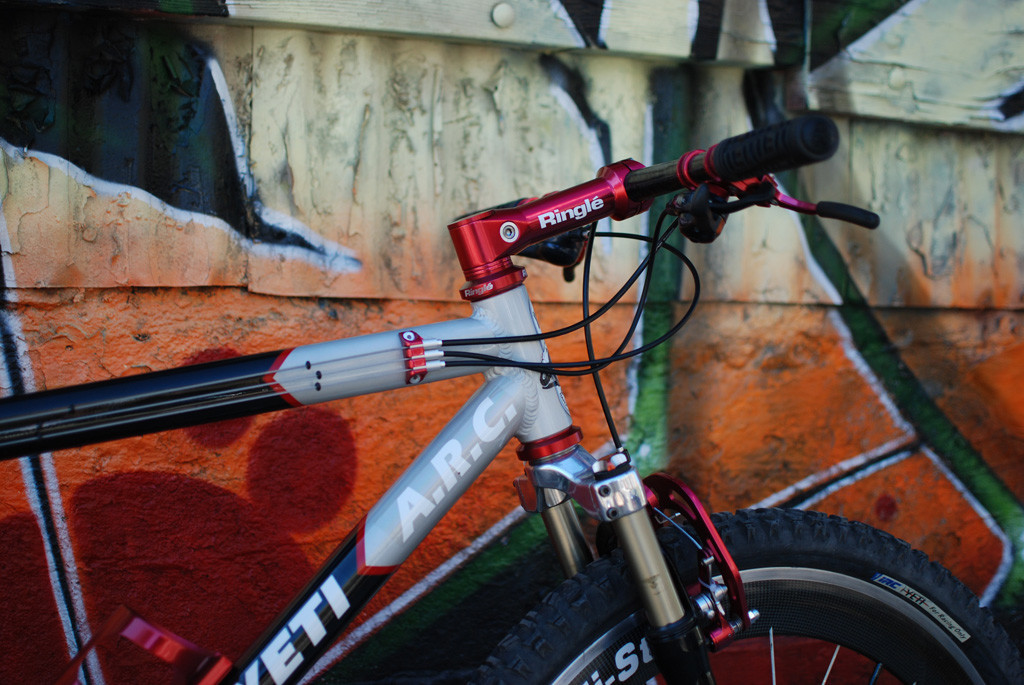 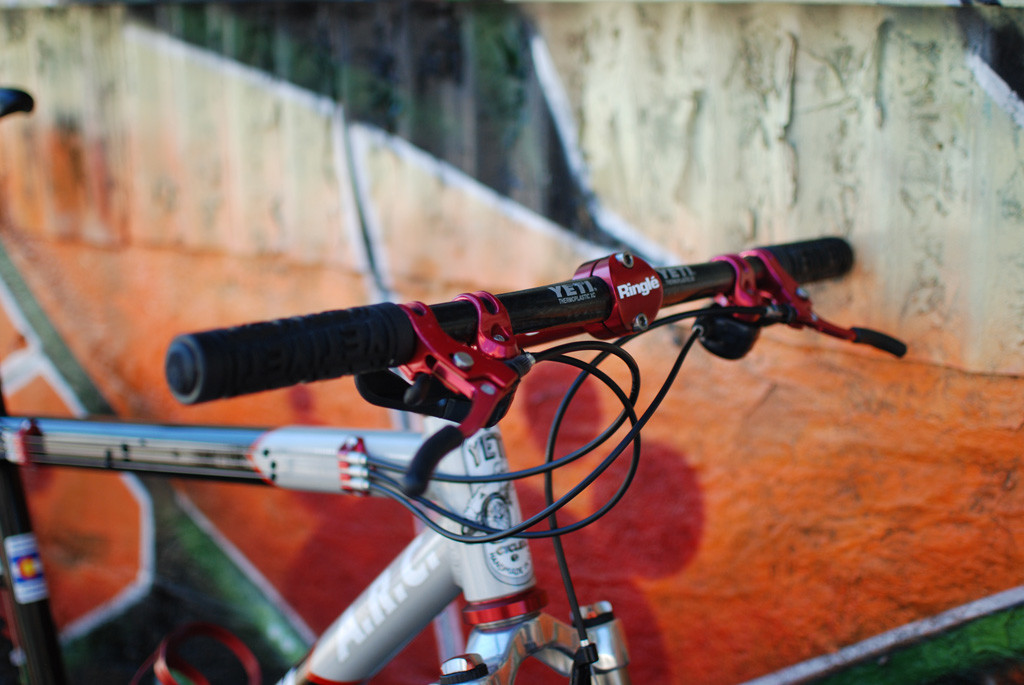 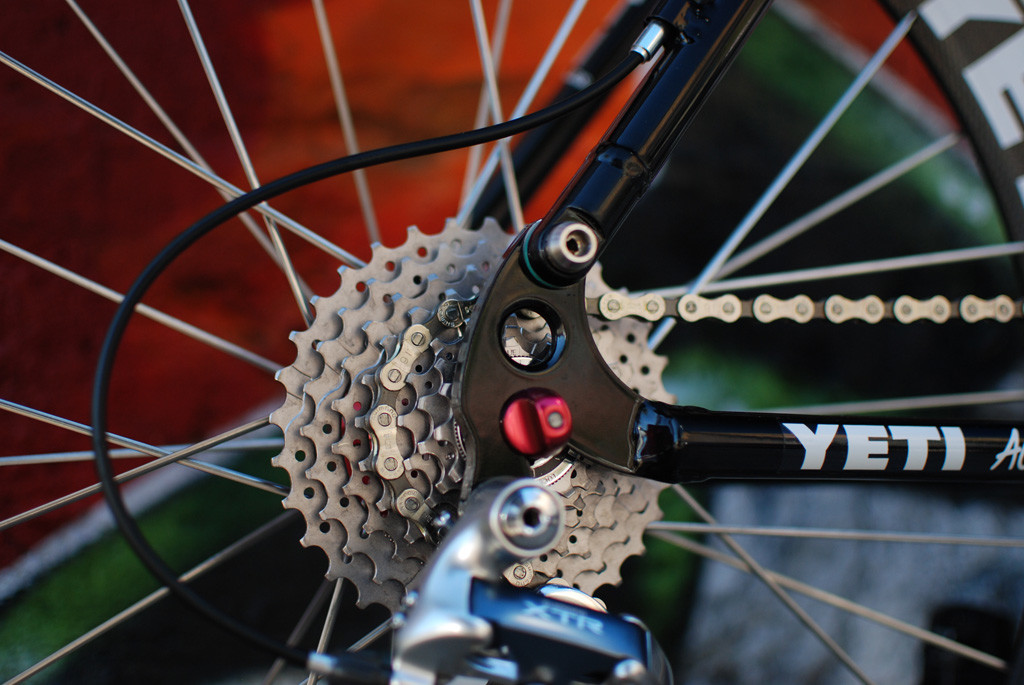 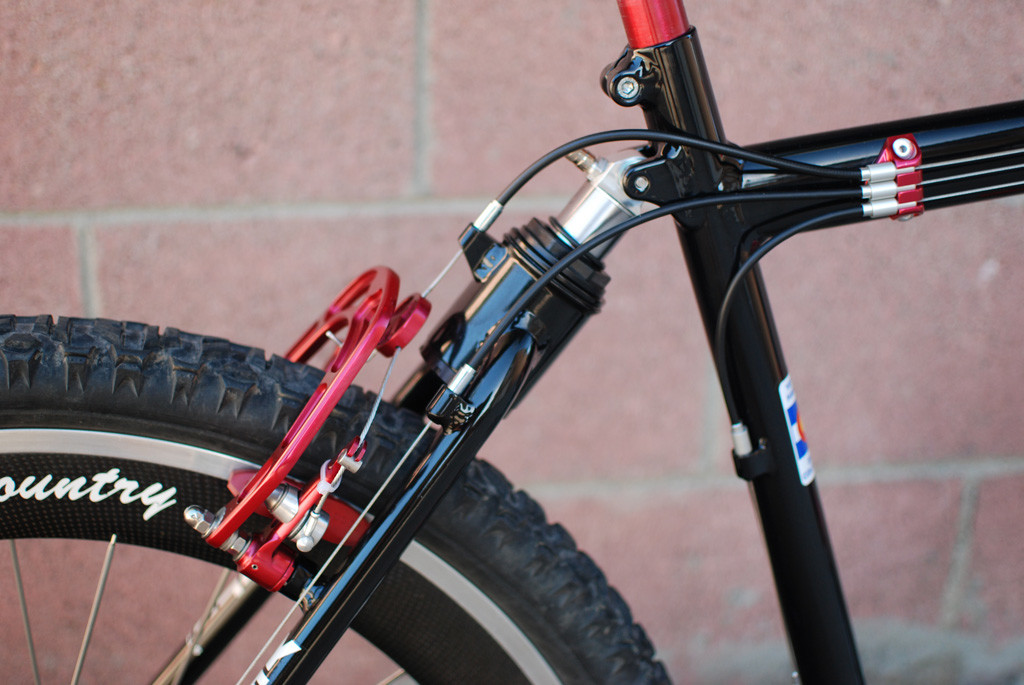 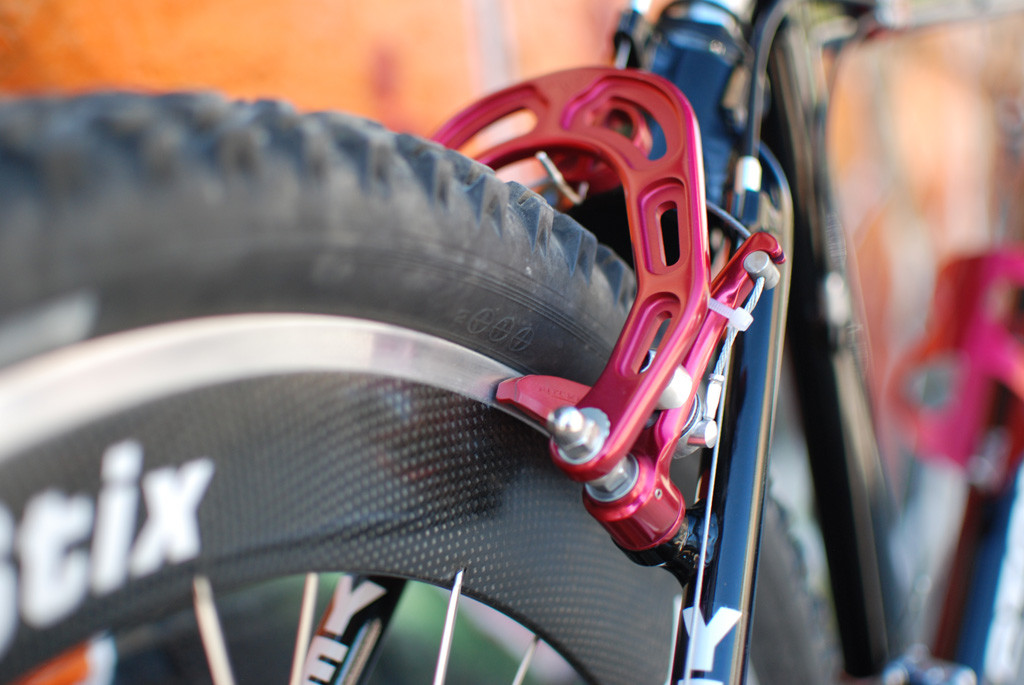 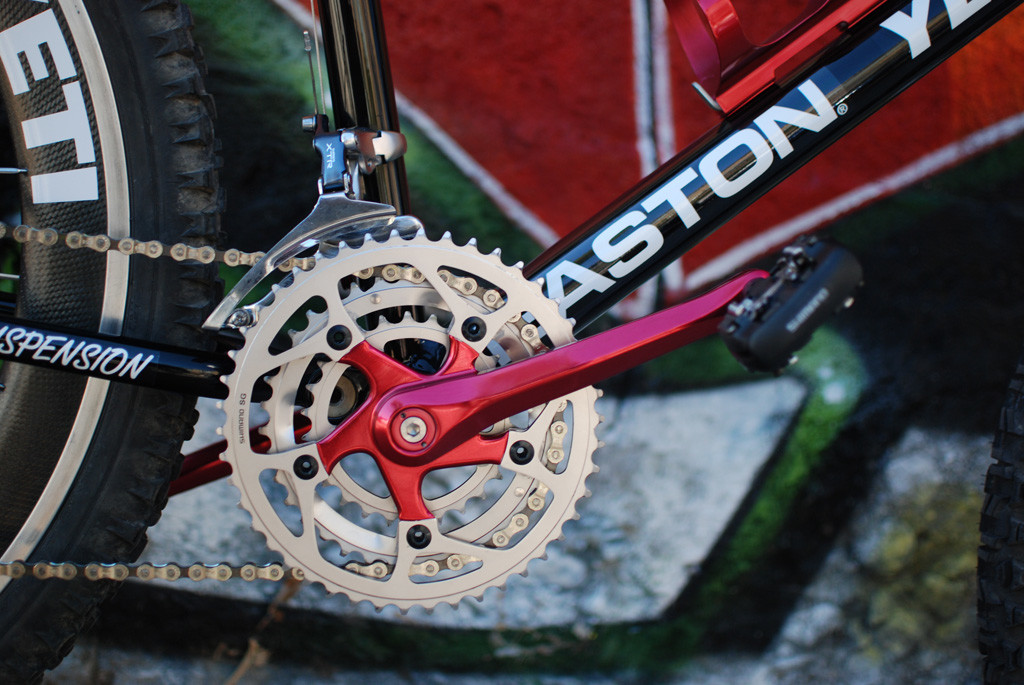 The A.R.C.-AS remained in production through 1996 following which it was replaced by the AS-3. During its production run the design remained virtually unchanged. Some of the prototypes and possibly early production frames shared the same straight tubing on the lower swing arm with the hardtail A.R.C., but by the time production ramped up the modern curved version became standard.

This particular bike is built as a replica of the bike featured in the 1996 Ringle catalog and is bedazzled with all of the hottest parts available from Ringle, Grafton and HED that year. 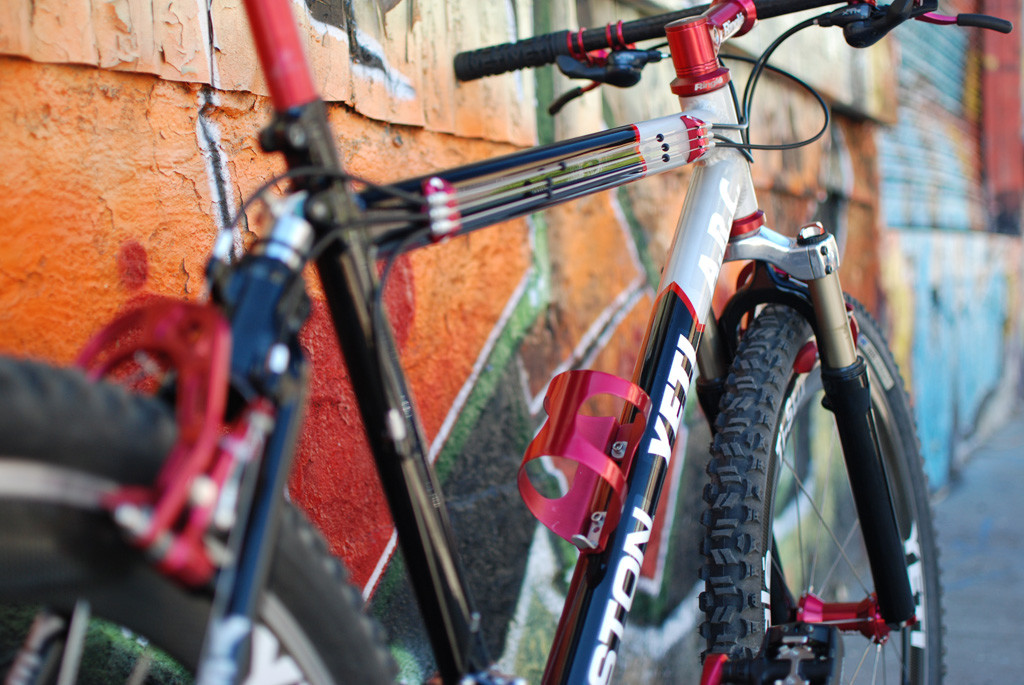 The A.R.C.-AS was never built in the same volume as the regular A.R.C. and so they are somewhat rare these days and sought by collectors. The earlier 93-94 models with their iconic turquoise/gray or turquoise/yellow dart paintjobs and classic A.R.C. decals seem to be more desirable and the later bikes with more basic decal schemes can sometimes be had at lower cost. Ironically the decals are easily replaced to achieve the classic look.