The Yeti Ultimate is one of those semi rare Yetis which you see all over the web, but they remain elusive to own. For what it’s worth at the time of writing this I’ve restored over 40 Yetis and yet this is only my third Ultimate, I’ve had as many Tree Frogs. So when the opportunity to refinish an old beat Ultimate came up I wanted to dome something special. Back in the late 80s Yeti did a short collaboration with John Slawta of Landshark fame. John painted a series of Yetis, mostly FROs, for what seems to have been a Japanese importer of the brand. The bikes were all unique and amazingly wild. 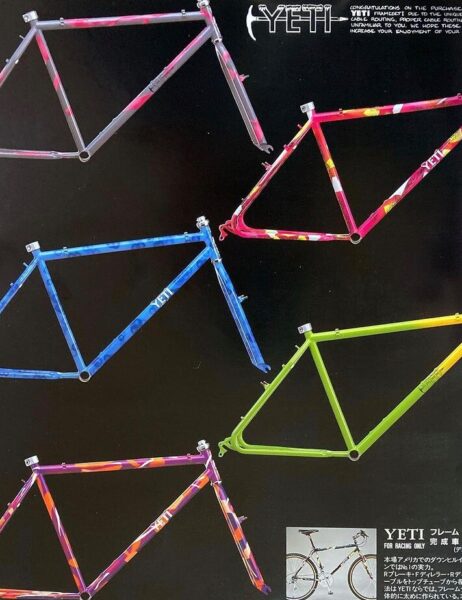 I always found these very attractive and wanted to do something similar. I reached out to John and discussed doing a short run of tribute Yetis. He seemed excited about the prospect and ended up painted three bikes, two FROs and this Ultimate. Although each bike was stunning, he knocked this one out of the park!! I didn’t give him any input other than sharing some of the old photos and let him pick the pallet. 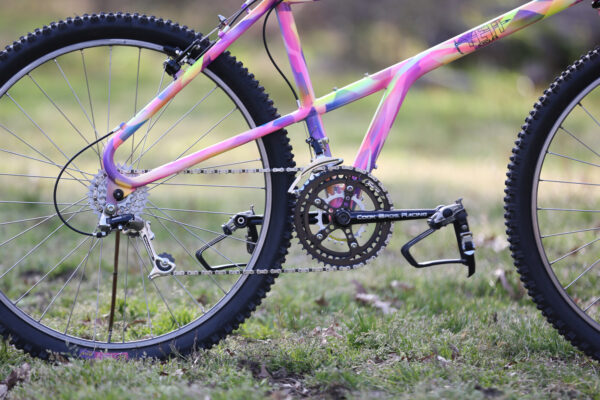 The end result is nothing short of stunning. The colors are bright and are at their best on a dark, cloudy day when the bike seems to almost glow. Unfortunately I had less than ideal conditions when I shot it with more sunlight and so some of the colors appear washed out. Aside from the retro tape peel effect the clear has a fair amount of pearl in it which gives the paintjob an organic, almost alien feel. 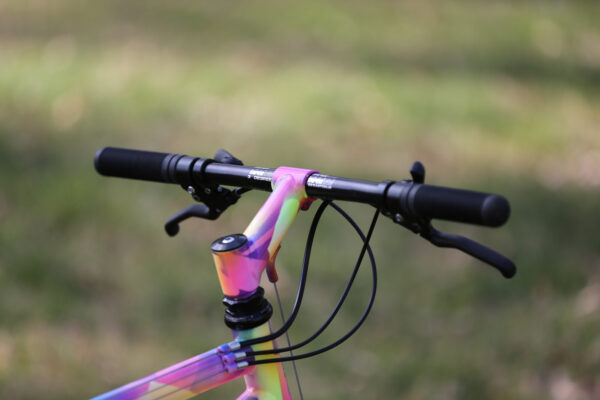 While most people today would opt for a Yeti made steel stem, I kind of like an ATAC on Ultimates. In this case a shorter stem was needed and this one fit the bill perfectly. I must admit that I had some trepidation about painting the ATAC, but in the end I feel it looks like it belongs. 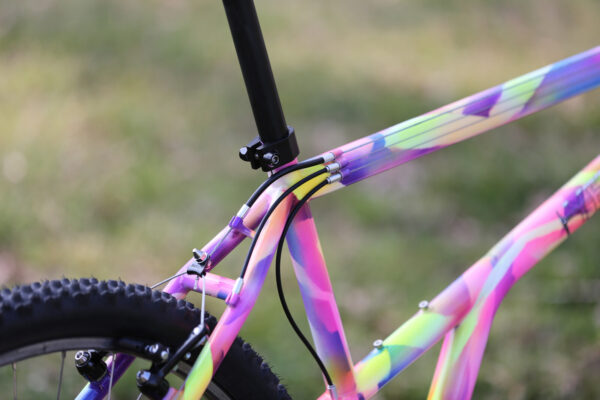 The characteristic loop stays that have been a staple of all Yetis since the dawn of time is present here as well (worth noting that the prototype didn’t have these) and offers a very graceful transition between the rear end and the downtube making the bike look more natural than most other e-stay bikes of the time. I don’t know if I’m imagining it, but the curves and overall shape of the bike look even better covered in psychedelic paint job. The edges and welds almost disappear and it feels like the bike is one solid piece. 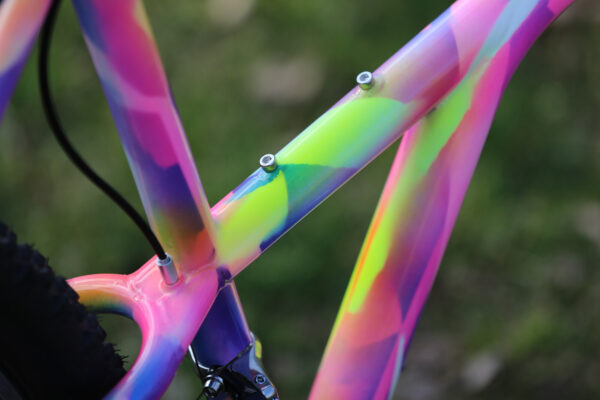 There is a great story about the section of tube that connects the down tube to the seat tube and stays. Apparently that little section was so complicated that it took the better part of a day to make the first one causing Parker to yell in exasperation at the crew “What the fuck are you doing, writing a love story?”. So that piece of tube ended up being dubbed the “Love Story” tube. 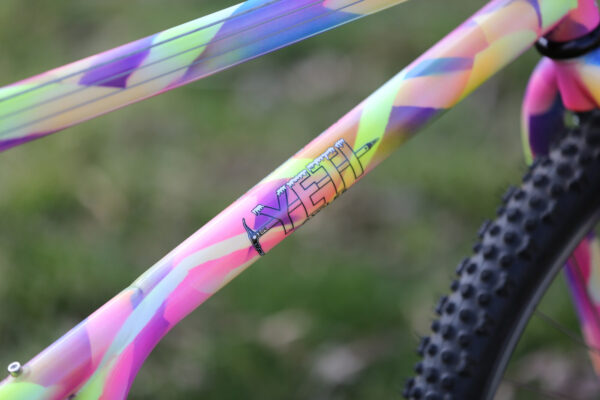 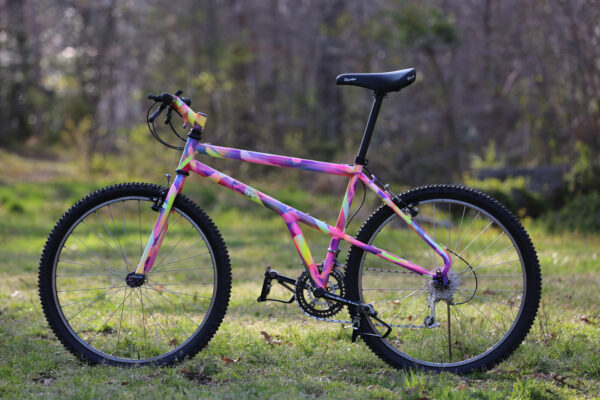 For this particular bike I wanted a subtle build to let the paint shine, but the usual Shimano XT felt a bit too plain. So I decided to take a left and build a Yeti with Suntour XC-PRO. I have always liked the look of XC-PRO parts and the heavy use of black hardware works well with this frame. To give it a bit of pizzaz the build is finished with a selection of era specific aftermarket parts including Cook Bros cranks mounted to a Titanium bottom bracket, Bullseye hubs on Mavic MA2 rims  shod with Onza Porc IIs and finished off with Ringle quick releases. As mentioned before the cockpit features an ATAC stem and Taperlite bar, a Hyperlite was an option but given the relatively early age of the bike I felt a Taperlite was a better fit. Topping off the build is an IRD seatpost with a Selle Italia Turbo saddle. 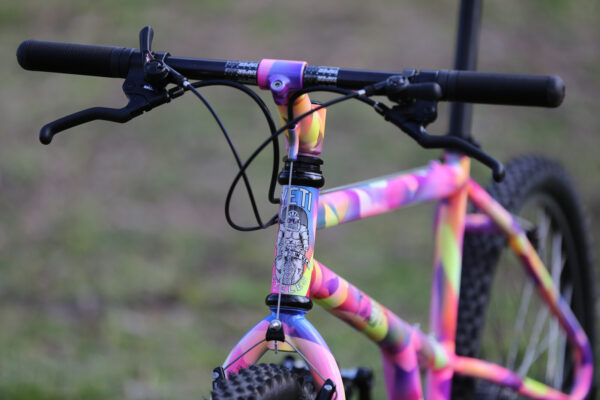 This has to be one of the coolest bikes I’ve built in a while and I wish I could ride it, but unfortunately this one is heading off back to CO. Hopefully some of you may see it on the trails in the not too distant future, that is if I can get the rear drivetrain to work properly (top tip, remove the Suntour FW and replace with a Shimano 600/DA).