I came across this frame on a German mountain bike forum and while everyone else was hotly debating its merits as O’Shows bike or not, I went straight to the source who quickly confirmed that it looked like one of his early test bikes. So, I quickly pulled the trigger. Four months and three cross Atlantic trips later (thanks DHL) the frame showed up at my doorstep. 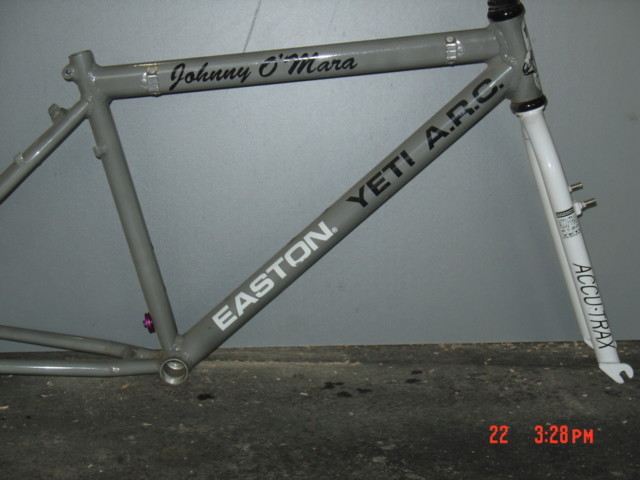 At the end of the day this is not much more than a very early ARC. Serial number is A188, which means it’s approximately the 88th ARC ever made. The only unique mechanical feature of the bike are the early, apparently hand made cable stops on the downtube. They are a less refined version of the same components found on later ARC, more blocky and less refined from a manufacturing perspective. The last bit are the pair of Johnny O’Mara stickers. Now, anyone could make a set of those stickers and put them on any ARC. However, I don’t think that many people knew that O’Show raced for Yeti and so if someone were to knock off a race bike they would have been more likely to do so by putting on Furtado’s or Giove’s name on it. By the time the ARC series of bikes came around Yeti stopped the practice of welding the initials or name of the racers onto the BB shells and the stickers were the only thing that separated a race bike from one you or I could have bought. So, in the end I think the fact that this is an early ARC (O’Show had his big race season in 1991) with some pre-production elements lends credibility to the claim that it was his bike. 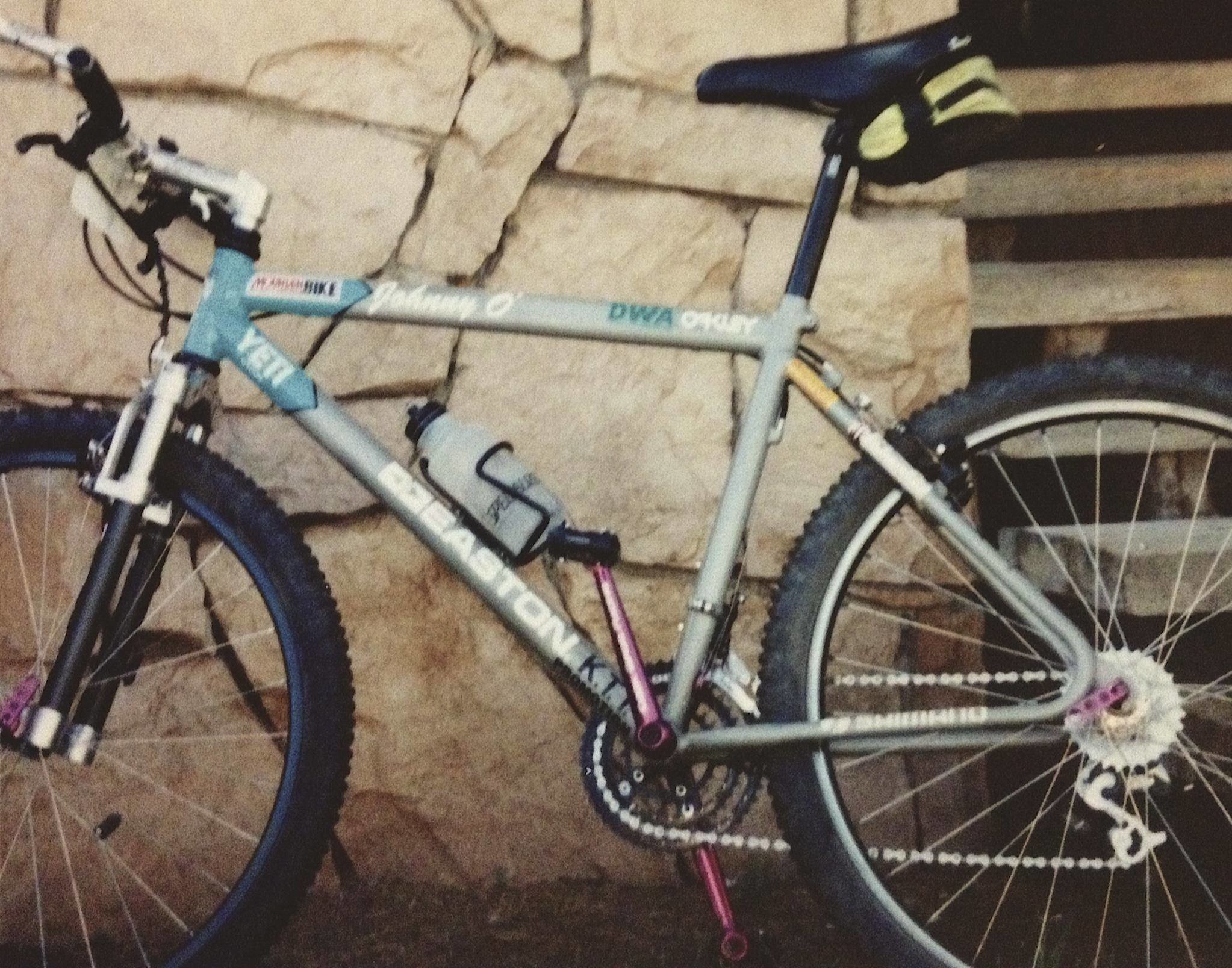 Here are some archival images of Johnny’s actual race bike from the 1991 season. Clearly it’s not this bike here, but as a long time Yeti tester and collaborator he had multiple bikes especially if he was involved in early pre-season testing. 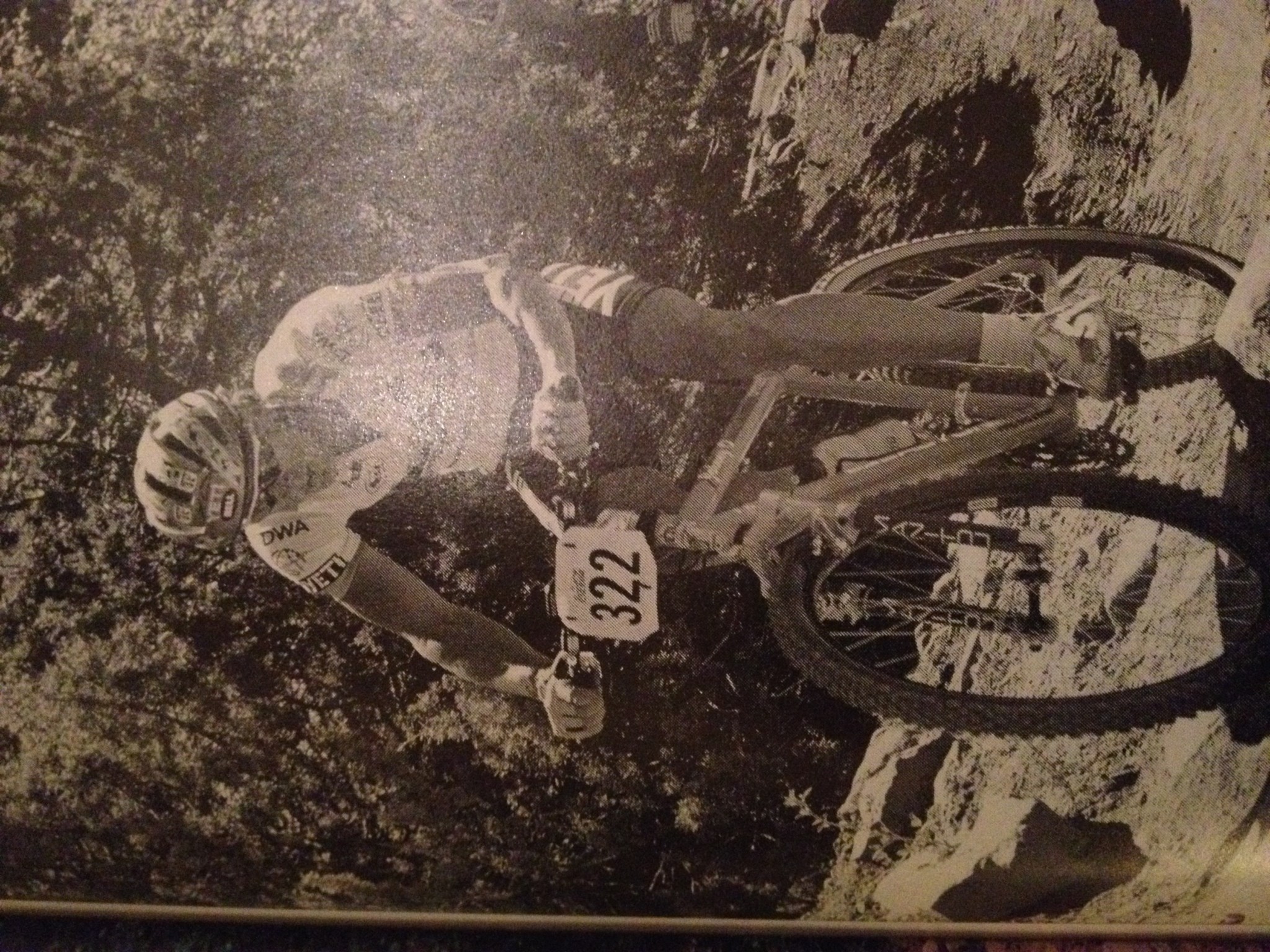 Taking cues from Johnny’s race bike built I attempted to build this ARC much the same down to the mismatched front and rear hubs and brakes. Unlike the later Yetis which were adorned with all manner of custom CNC’d components from Ringle, Grafton and carbon HED rims the early ARCs were a little more subdued with small upgrades in the form of Cook Bros cranks or Ringle quick releases. 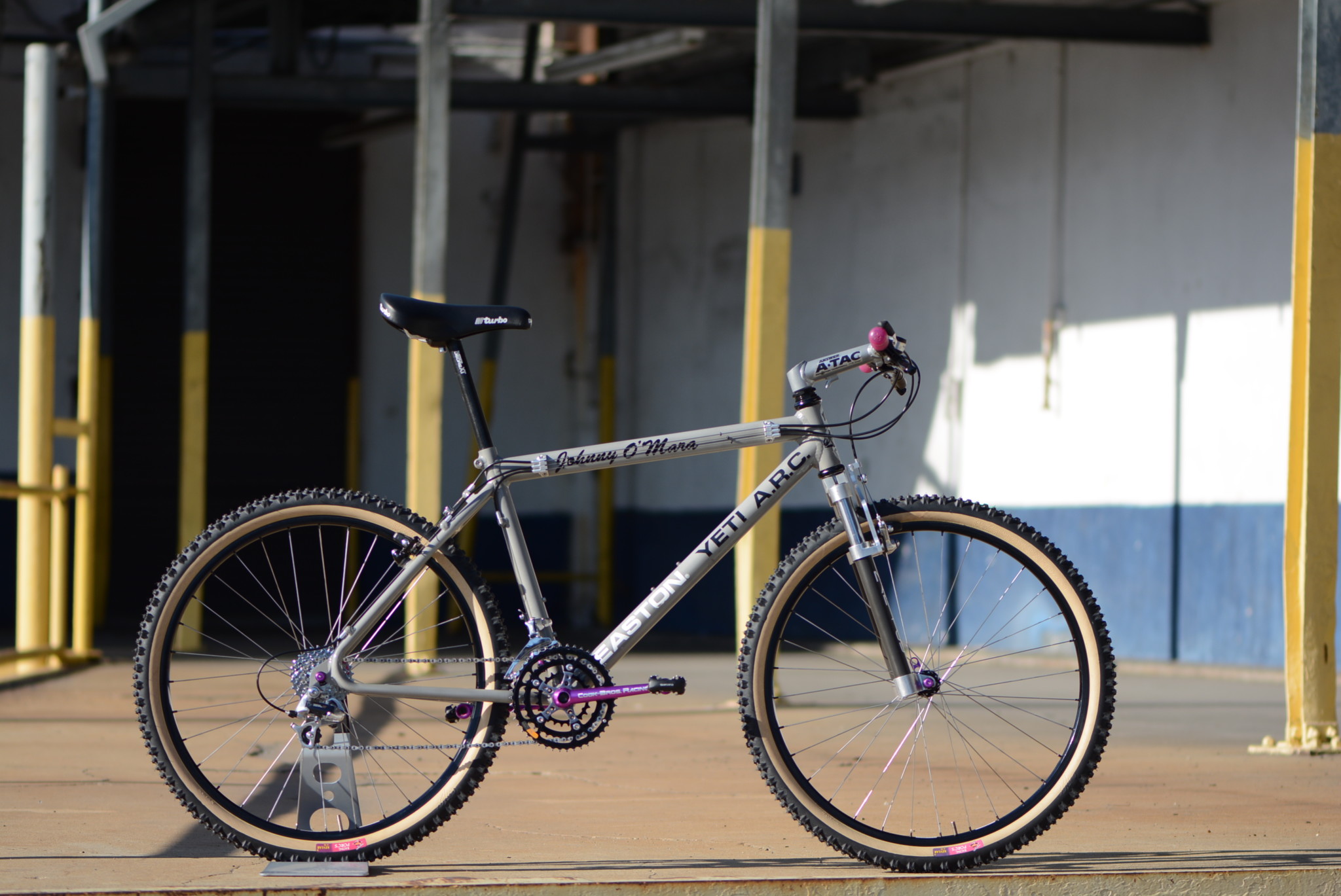 The A.R.C. was Yetis first bike to feature the dart scheme as the standard livery for the team which then became the base option for consumers. This bike predates that paint scheme features a very subtle clear powder coat over a finely bead blasted finish. 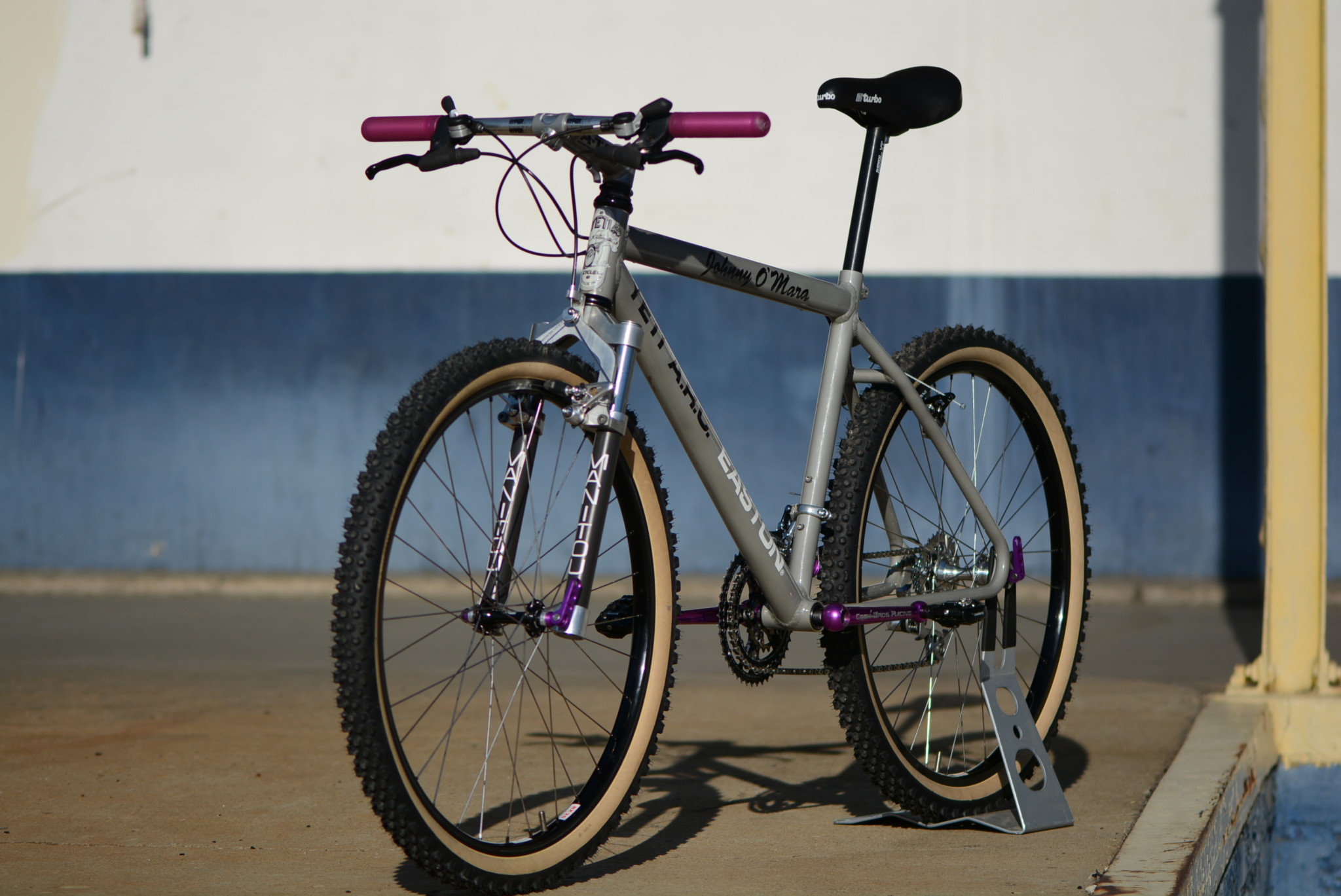 Doug Bradbury’s Manitou forks were all but ubiquitous in the Yeti garage and on the start line. The relationship began in 1989 and was strengthened by the performance of the team at the 90 worlds and lasted firmly into the mid 90s. 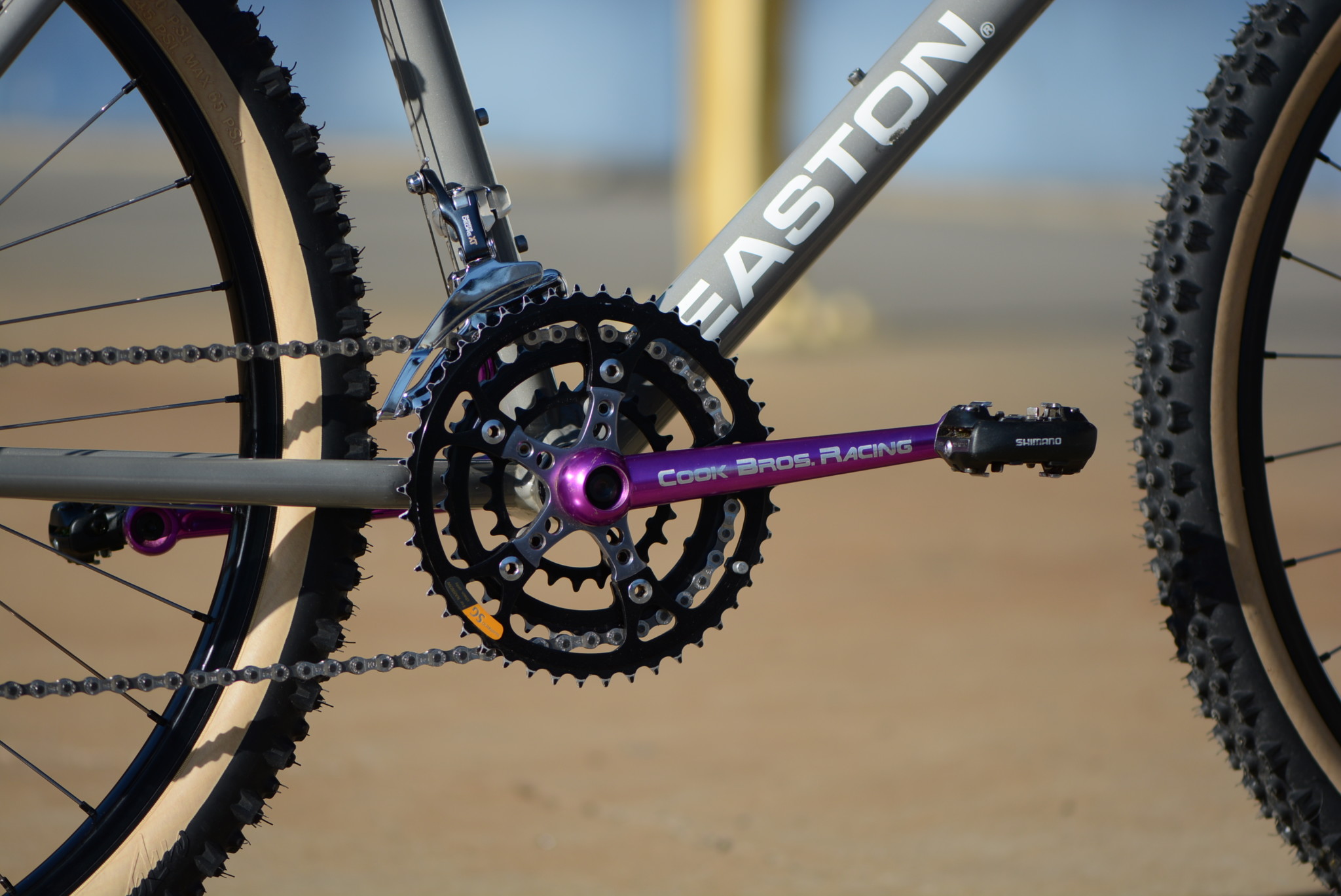 The Yeti factory team had a long running relationship with Cook Bros with many of their early racers featuring the classic cranks on their bikes. For a time Bullseye became the norm, but it seems O’Mara was one of the last holdouts to still race with Cook Cranks. By the mid 90s Yeti switched to Grafton cranks before returning to once again run Cook E-cranks toward the later part of the decade. 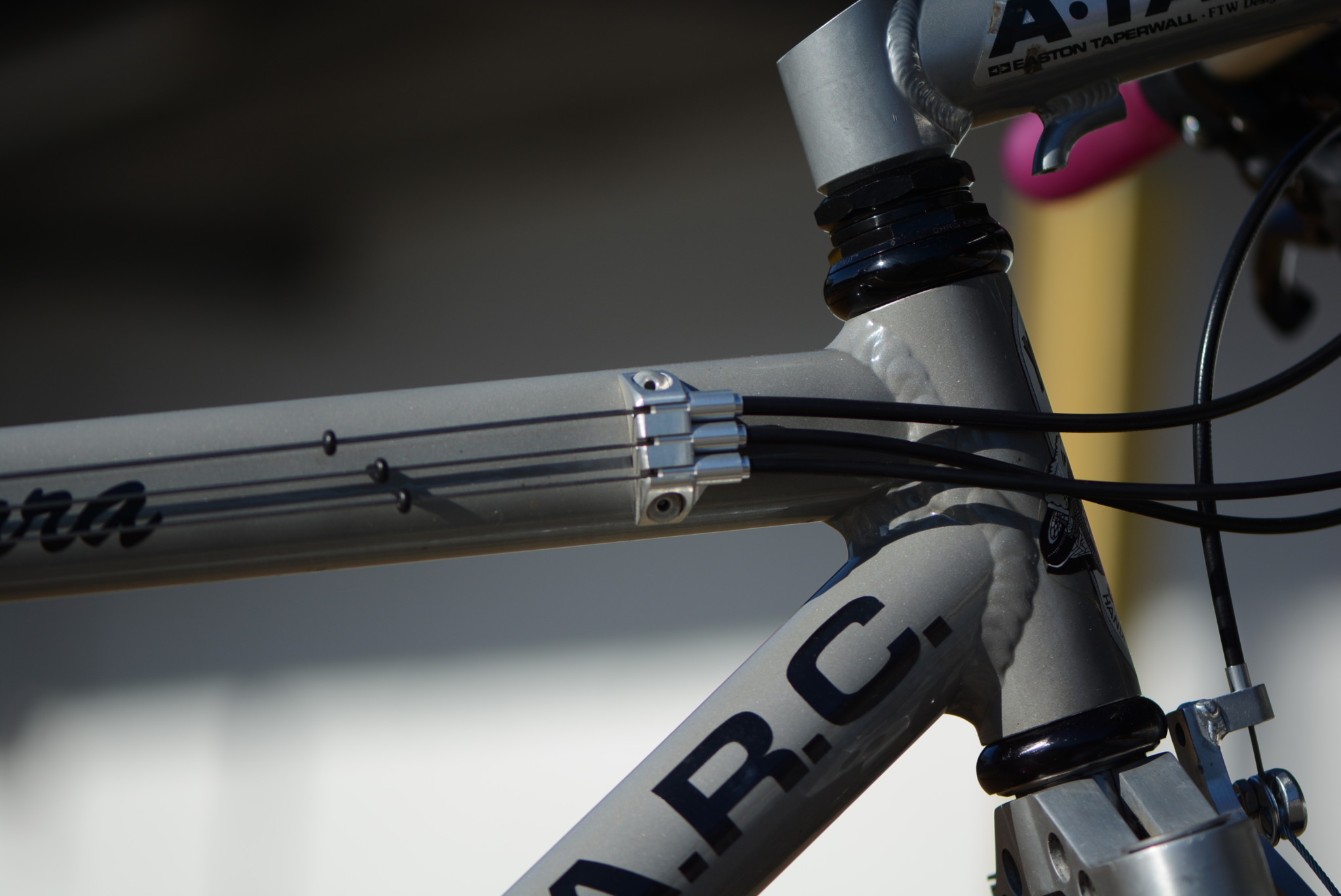 The blocky and somewhat unfinished cable stops are one of the subtle differences between this early A.R.C. and later production models. 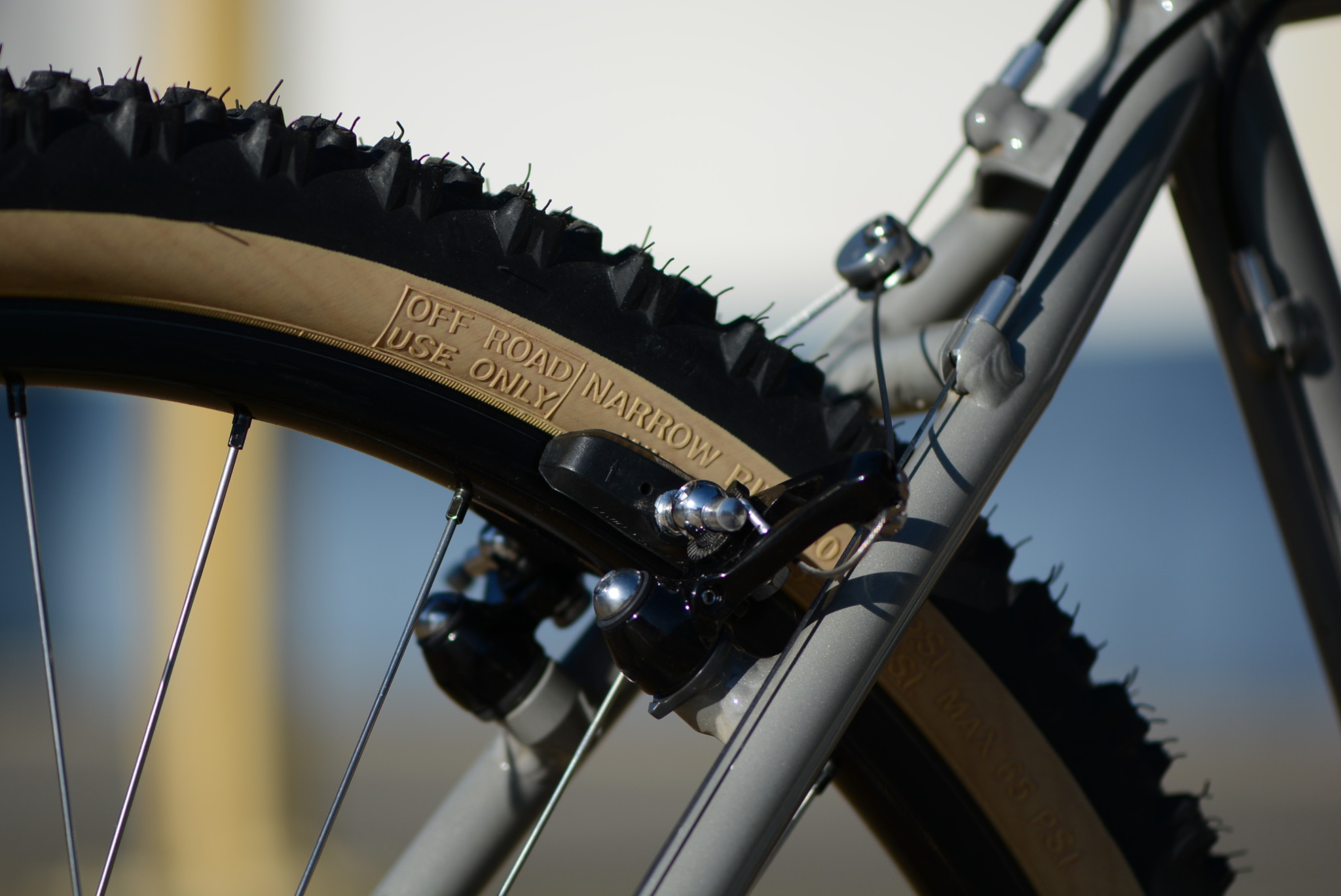 Truer words could not be said of the Onza Porcupine tires, 1 mile of road riding would have resulted in the same wear as around 10 miles of off road use. 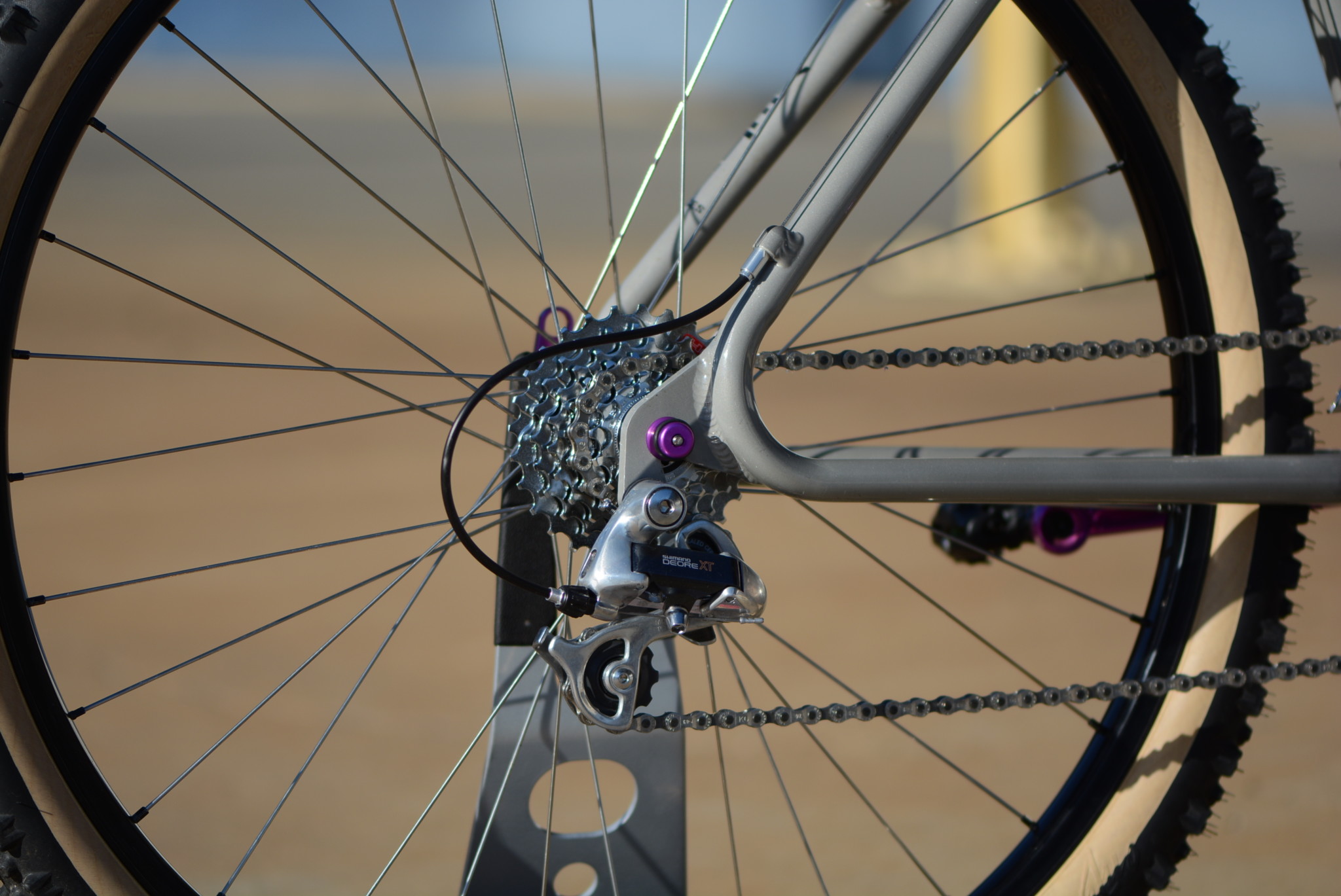 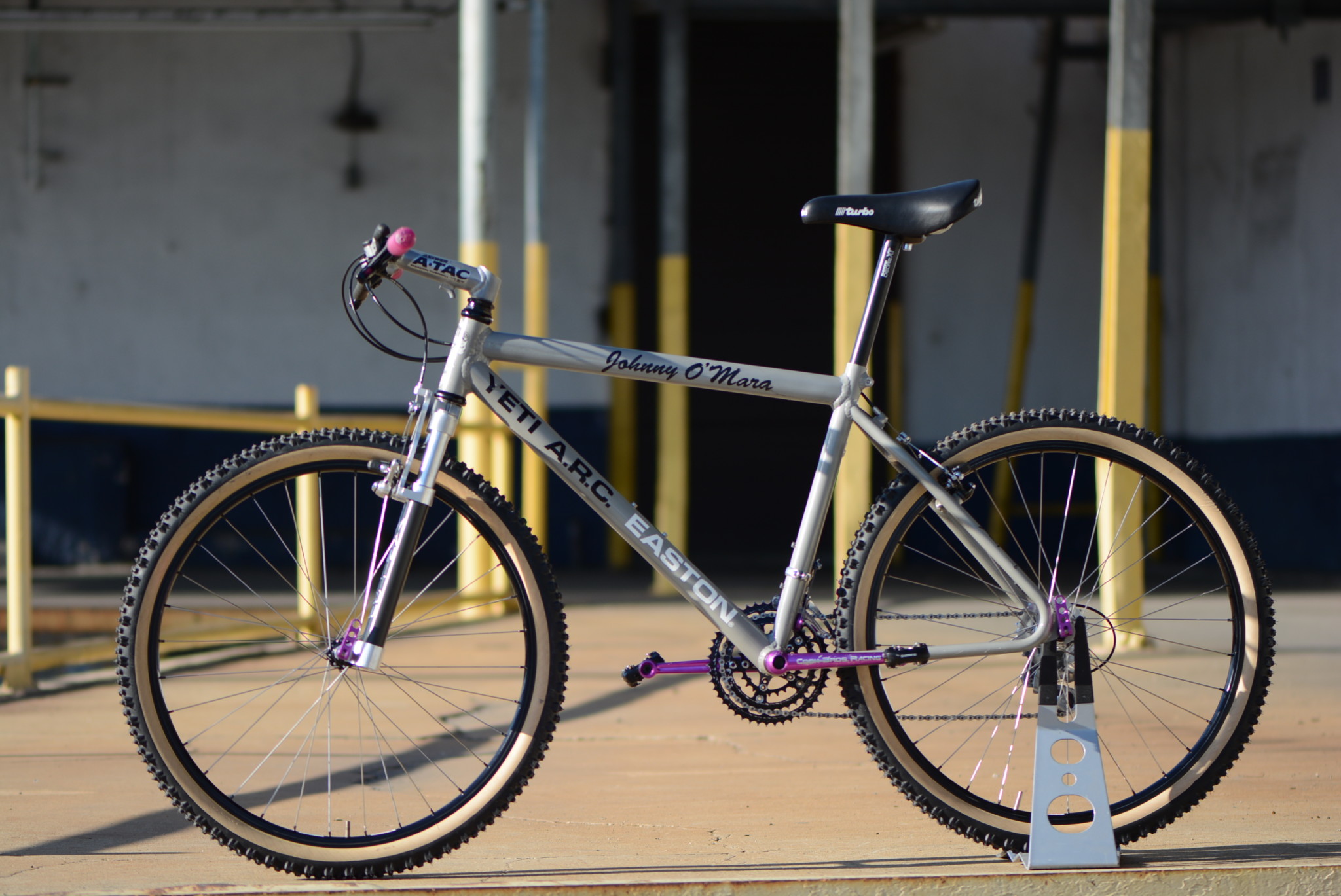