The FRO (For Racing Only) was the staple of the Yeti fleet for the first three to four years of the small company’s existence. Yeti’s motto was always race what you sell and so the customers could walk into their shops on Mondays and buy what the Yeti team raced on Sunday. 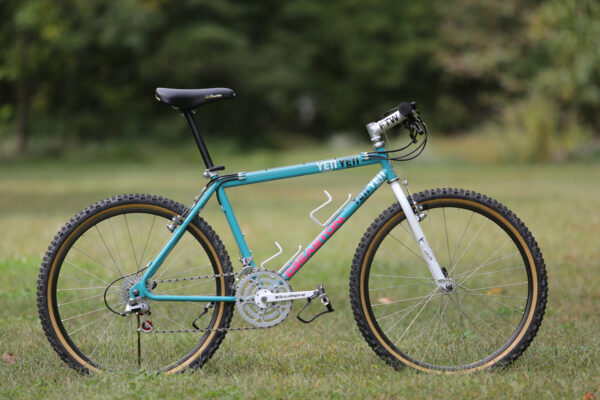 This particular FRO was most likely a Sunday bike, not a Monday bike. While it’s very difficult to establish provenance without absolute proof such as a welded on serial number or other recognizable features of team rider. In this case there is no singular smoking gun, but rather a batch of features that when combined seem to suggest this this was a team bike, perhaps belonging to Expert racer Todd Clark. 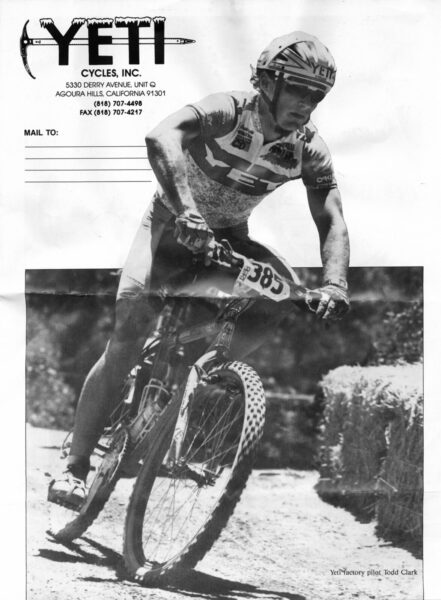 Todd Clark was an expert racer in the 1980s and was signed by Yeti as a team rider and product tester. Todd was close friends with Chris Herting well known among the rest of the group. Unfortunately Todd passed away a few years ago and since there are virtually no photos of him besides the 1990 catalog cover getting any details on his past bikes is not much of an option. 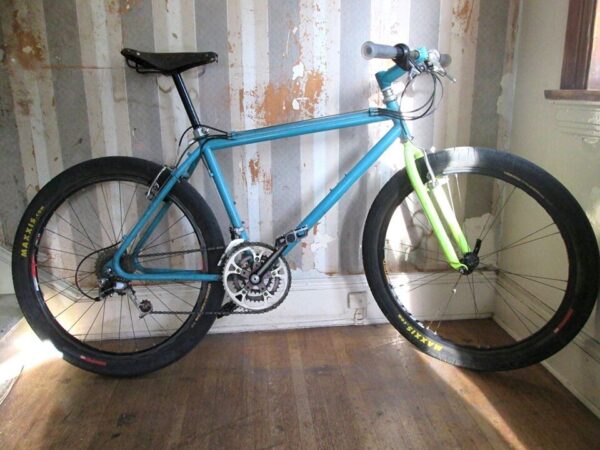 I found the bike via Facebook classifieds from a guy who claims to had bought it in the 90s in Santa Monica from the original owner, who’s name he couldn’t recall. He claimed the bike was covered with sponsor stickers when he got it but removed them as he didn’t want the bike stolen while he used it as a commuter.  The FRO went on to live a hard life and when I got it was riddled with rust, cracks and other evidence of a lack of maintenance and care. It’s a shame, but a common flavor among these old bikes. 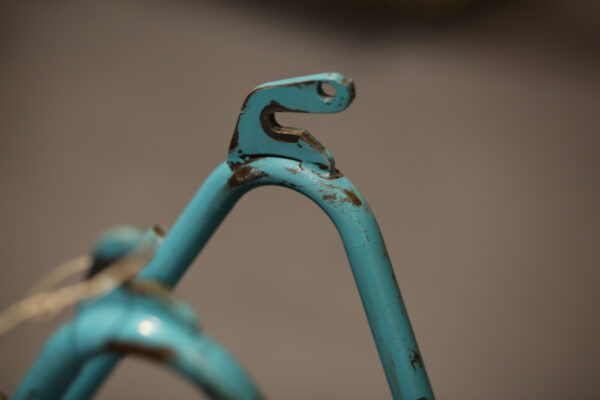 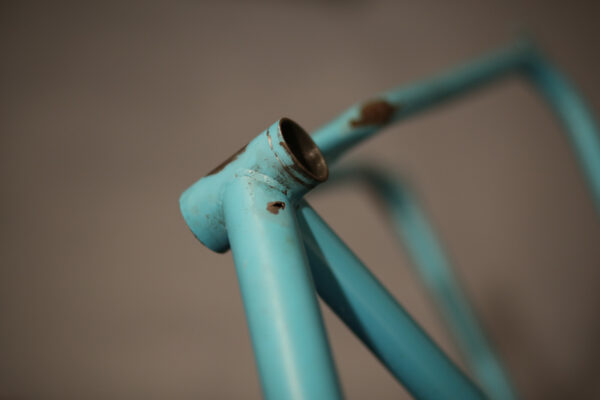 The frame and fork went off to FTW for some much needed repairs and came back looking sound as a pound. 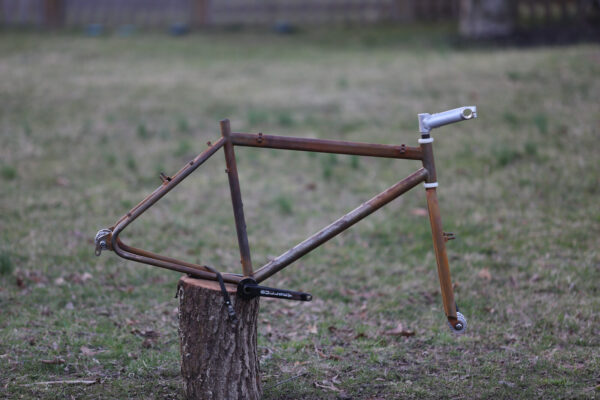 After some further careful inspection this frame revealed a few interesting features. The FRO (S/N #612) makes it one one of the first oval top tube FROs after the second run of round top tube frames (S/N 579-604 give or take). The story goes that Yeti ran out of the ovalized tubes and reverted back to round top tubes (RTT) for a period of time. Those RTT bikes are now sought after by collectors due to their low production numbers. This particular bike has a slightly deformed top tube which leads me to believe that Yeti either switched vendors or maybe the vendor had to make new tooling to form the oval tubes which resulted in a concave side profile. Next, this bike has a BMX head tube which means it should have Simplex dropouts, yet it has the more modern plate style versions instead. Furthermore the dropouts are stamped YETI which is something I’ve never seen before. I have to conclude that this bike had the dropouts removed and replaced for some reason. I doubt that this was done as an upgrade but maybe if this was a team race bike or a development frame the new dropouts (which look very hand made here) were welded on to see how they worked. This is not the only viable explanation, but a likely one and FTW seemed to think it was a good possibility. Next, unlike most FROs which have two water bottles on the down tube this bike has two on the down tube and one on the seat tube, a rather uncommon combination on FROs of this era. Lastly this FRO had both the old wishbone mounted front derailleur cable anchor as well as the mount for a pulley and a seat tube cable stop, so clearly it went back to the shop for some upgrades at some point (also receiving a wishbone gusset to address a crack). Moving on, this particular FRO came with a mount for a Zerk grease port in the BB shell, meaning it once ran Bullseye cranks which  in and of itself is not unique was a common feature among team/race bikes. Lastly, the FRO is capped with a rare FTW alloy stem which again was common on team bikes of the era. Put all those together and compare to the FRO on the cover of the 1990 catalog and a case can be made that this is the actual bike. I have no way to prove this, but it sure makes for fun speculation. 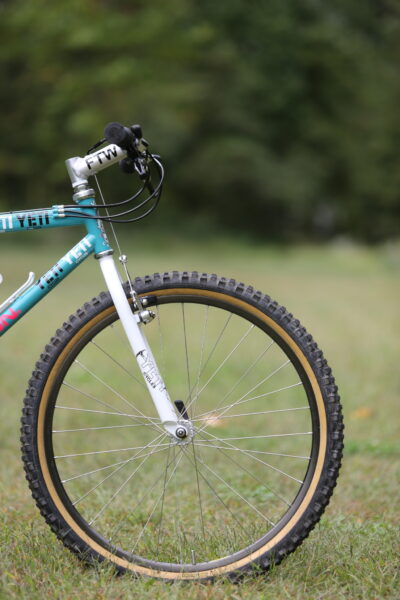 For the restoration and build I decided to lean into the team theme and went with a somewhat unusual variation of turquoise and white, similar to Russ Woorley’s second FRO bike. 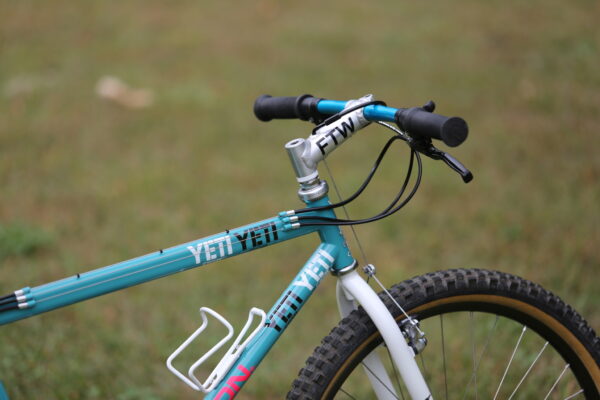 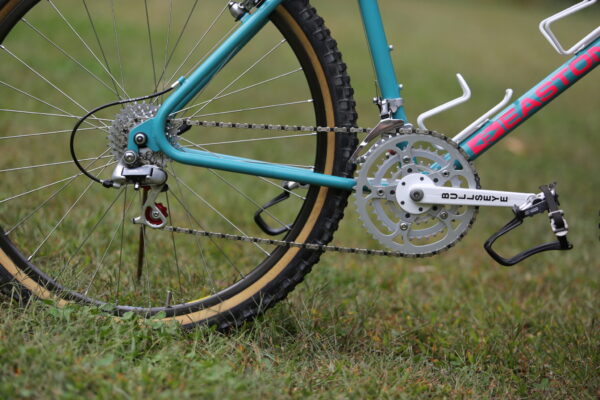 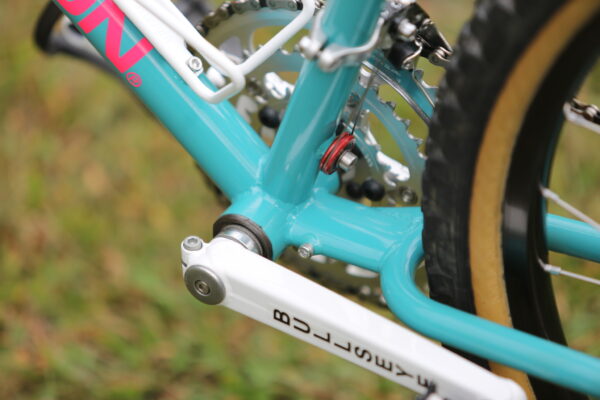 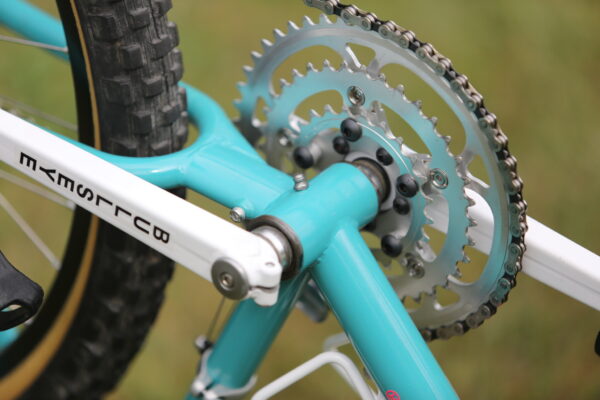 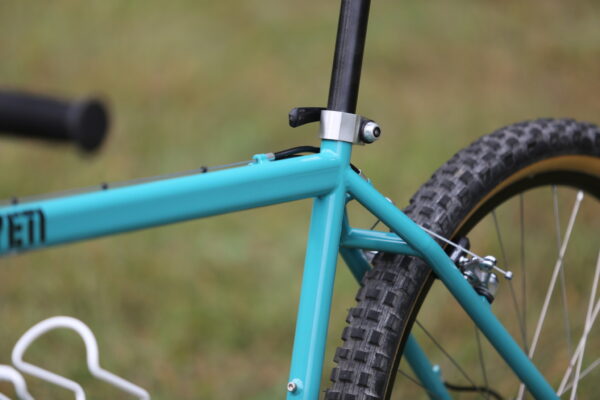 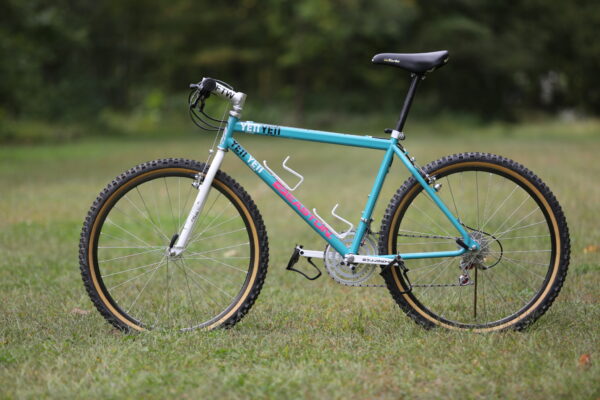 The highlight of the build include Bullseye cranks and hubs, an IRD post, FTW stem with a turquoise alloy bar, IRC X1 tires and a Turbo saddle. Drivetrain and brakes are quite traditional M735 XT which were the top of the line at the time.

Although these early FROs are somewhat common these days every now and then you come across one with something unique that sets it aside from the rest. Having built some maybe close to half dozen of these I was starting to feel a bit bored of the garden variety dayglo yellow and turquoise with Cook Bros build and enjoyed this somewhat non standard color scheme from the early team bikes. All in all this was quite an involved restoration but I think in the end worthwhile.