By the time I started paying attention to mountain bikes John Tomac was crushing his competition aboard a Merlin built Titanium/Carbon Raleigh signature. For many their first memories of JT were from his season piloting a turquoise Yeti with drop bars. Then for some others  their relationship with Tomes goes back to his early days racing BMX. Though he got his start racing BMX for Mongoose, by the late 80s he was racing their mountain bikes and carrying his own line of signature models. The top of the line IBOC John Tomac Signature Titanium/Steel composite frame was introduced in 1989 and featured a Titanium front triangle made by Merlin bonded to a steel rear end. At a glance this appears to be the same bike that Tomac was using to tear around on the race course that season, but in reality Johnny was slinging an all Ti version of the bike made entirely by the good folks at Merlin. The main difference between this bike and a regular Merlin is obviously the monostay rear triangle. The tubeset is pretty much the same as the Merlin Titanium of that time (1 1/4″ TT, 1 3/8″ DT, 1 1/8″ ST) and the bikes actually carry Merlin serial numbers. The geometry is really the main difference with steeper 72 degree head tube as compared to 70-71 on the standard Merlin (both bikes had a 73 degree seat tube) and a flat top tube (Merlin had slightly sloping top tubes).  Because these differences are subtle to the lay person and your average Merlin fan will relate the monostay design to the later Taiga model which was poised as an entry level Merlin, the Merlgoose as some of us have come to affectionately call it has for the most part been overlooked by collectors. The relative scarcity of these frames with only 50 or so produced means that it has largely remained hidden in obscurity. 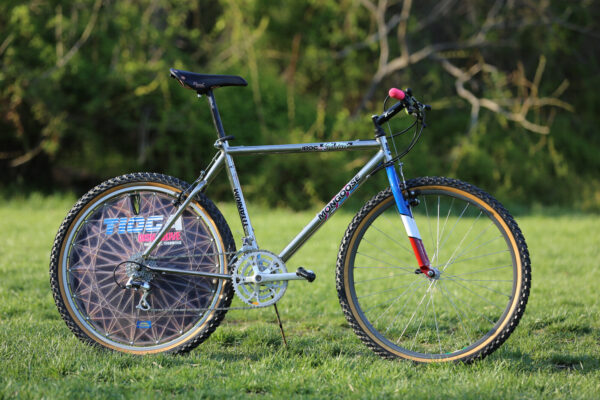 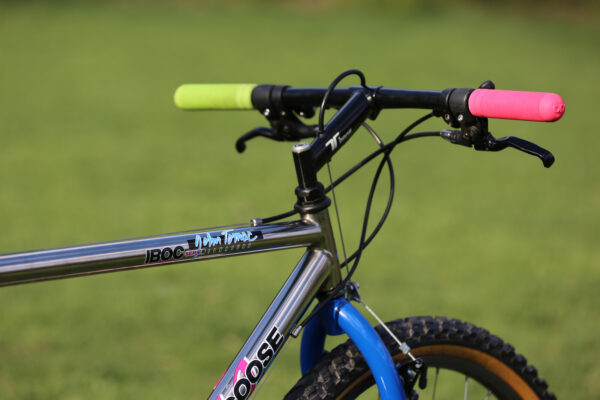 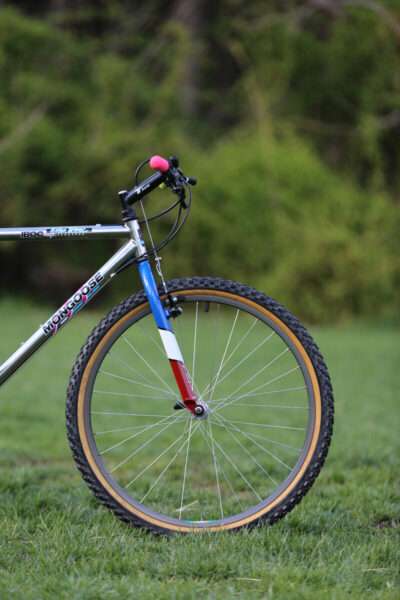 I’d love to know how the Yeti fork made it onto the bike and would assume that the fact it was on his bike paved the way for Johnny to move over to Yeti for the 1990 season. Either way the paintjob is iconic and easily recognizable as a JT signature. 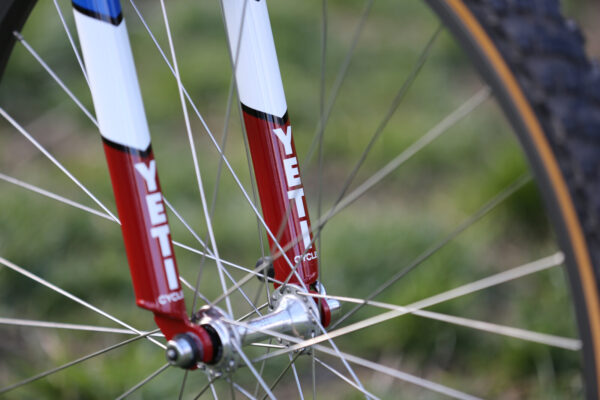 Of course you can’t have a JT replica without a Tension Disk and for this build I managed to find one. 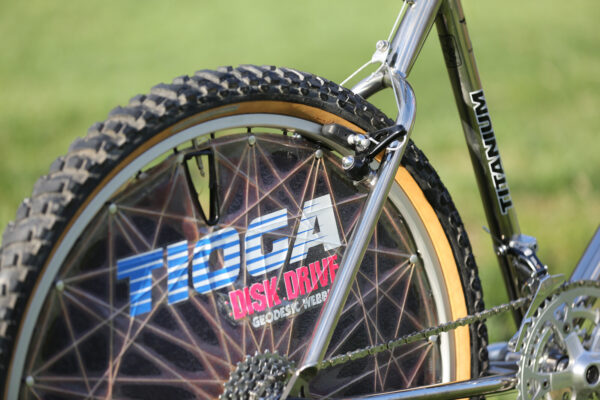 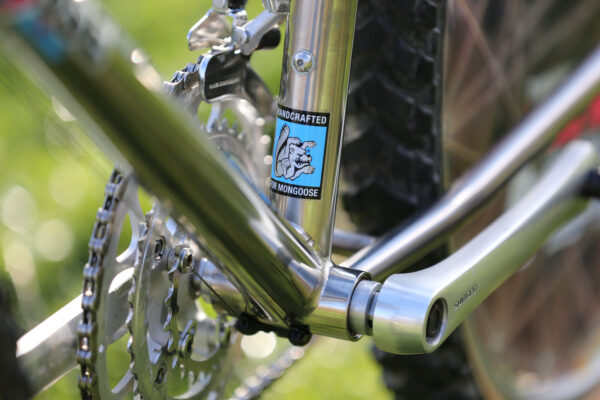 As mentioned above one of the main differences between this frame and the average Merlin of the era is the monostay rear end. It wasn’t until a couple years later that Merlin released the Taiga which featured this same design aesthetic. It’s also worth to note that when Merlin built the first batch of Raleigh frames for JT in 1991 the same frame design from the Mongoose was carried over. I wonder if they built those from scratch or used some of the leftover Mongoose frame and cut them up to bond in the carbon tubes. 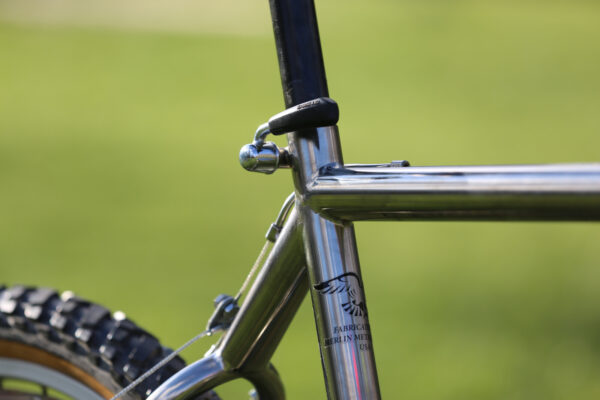 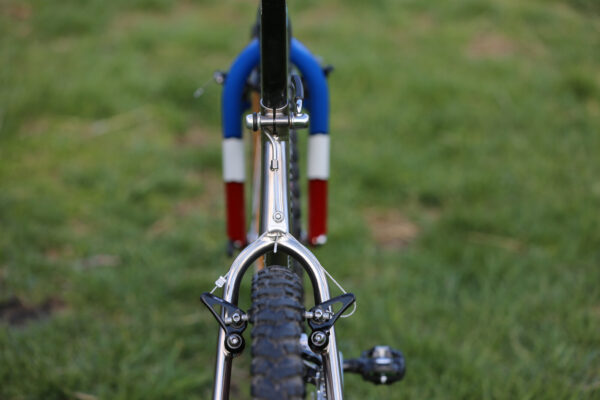 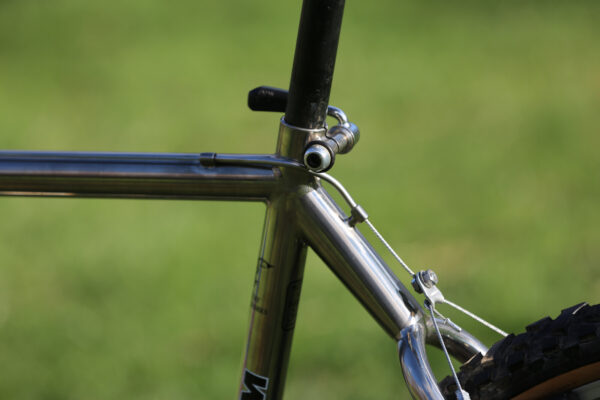 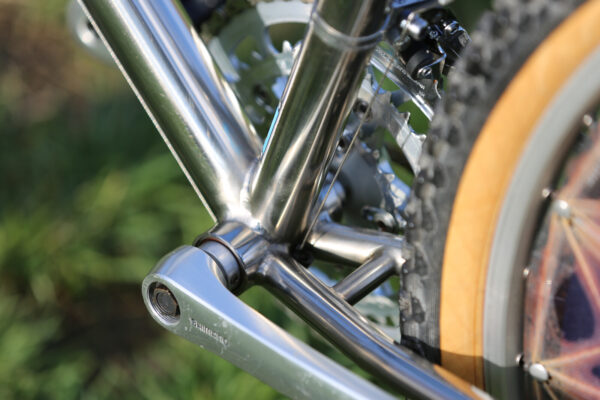 The early Merlins with their spindly (see what I did there??) BB shell were not known for their torsional stiffness. I imagine that this made it extra fun for a non-finesse rider like JT. Toss in a Tension Disk and I have to image the rear end was a bit wiggly when you put the hammer down. 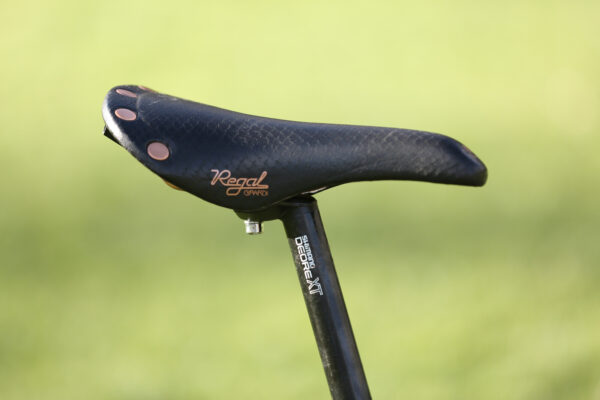 This copper riveted Regal saddle was the single hardest to source part on this build. It took me a year to find one at an affordable price. 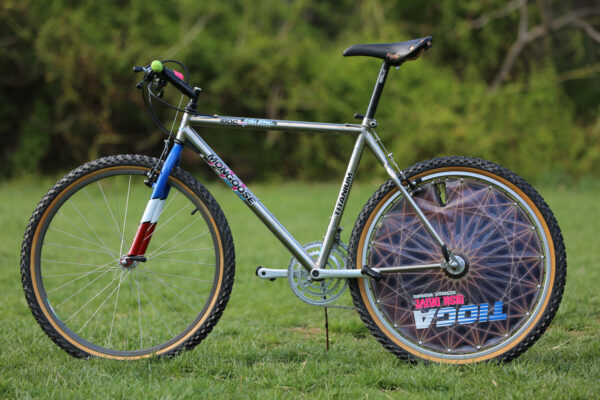 This is the second Merlgoose I built and with this one I really tried to build a faithful JT race bike replica. Given the age of the TDD I opted not to relace it  to the correct Araya rim and instead built a standard rear wheel with the correct rim/hub combo (JT did ride his bike w/o a TDD in at least one race), but otherwise I feel that the build it quite spot on. Parting thoughts on this bike take me back to the finish. I never really liked the highly polished look of the early Litespeed bikes, it sort of looked cheap to me. I preferred the brushed look of Merlins and other Ti bikes of the era. In this case however I really like the look, maybe it’s the bright fork, or neon grips or the decals – but the polished finish of the Merlgoose always makes me smile. Too bad they were all on the smallish side…