The original Manitous made by Doug Bradbury are considered by many to be some of the rarest and most desirable bikes. Among those 300 or so unique bikes he built there are a few standouts, and this little blue bike is one of them. From a production standpoint this bike represents a nearly final evolution of the original generation of his hardtail frames, before moving to Easton and the final run of 1 1/4″ frames. This particular frame was one of a batch of 6-10 bikes (most of them built for a Japanese importer) that Doug had painted in a light metallic blue color which makes for a very unique looking bike among the sea of bare Aluminum Manitous out there.

The build is virtually exactly as Doug specified in the 1990 catalog. It includes all of the custom made parts that made these bikes special as well as top of the line components from the boutique manufacturers of the day such as Grafton and Cook Bros Racing. The custom made parts include, a matching rigid fork, 115/145 front and rear hubs (the rear being a unique prototype cassette body equipped hub), custom 1″ stem machined from Aluminum billet, a modified front derailleur clamp and a 145mm Cook Bros bottom bracket. Brakes are Grafton Speed Controllers, seatpost is courtesy of IRD, cranks are Cook Bros CBR and the drivetrain is 7-spd Shimano XT. 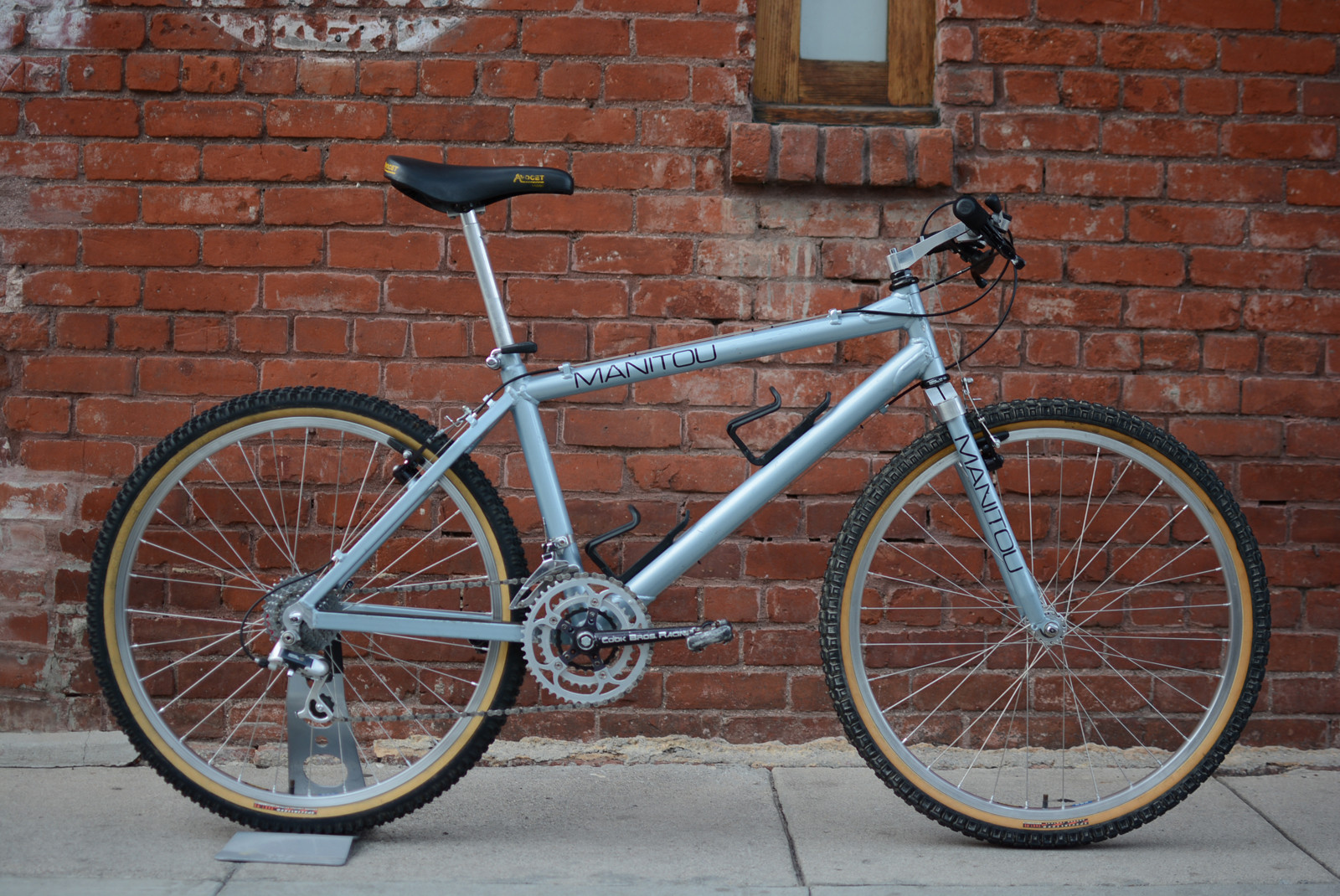 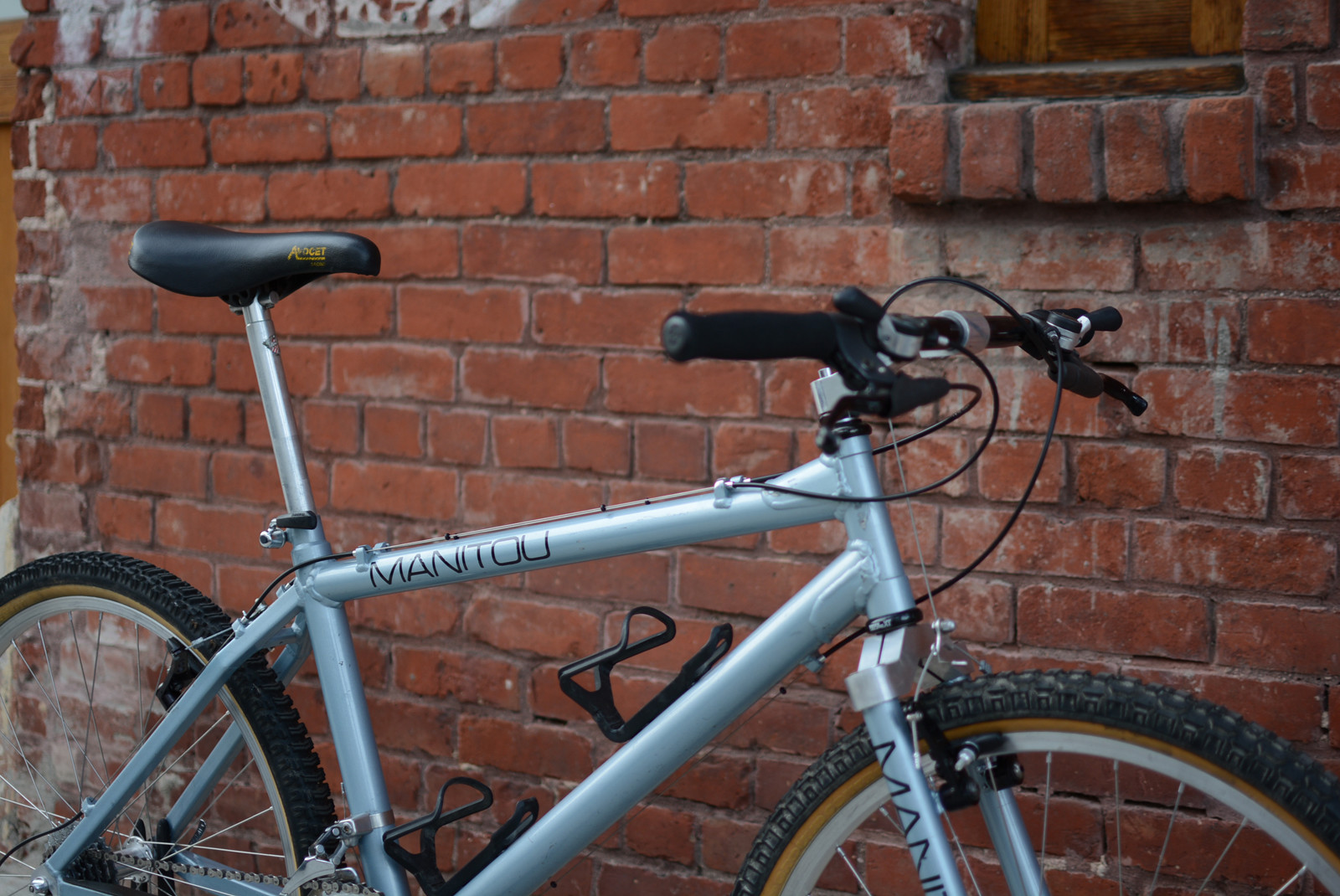 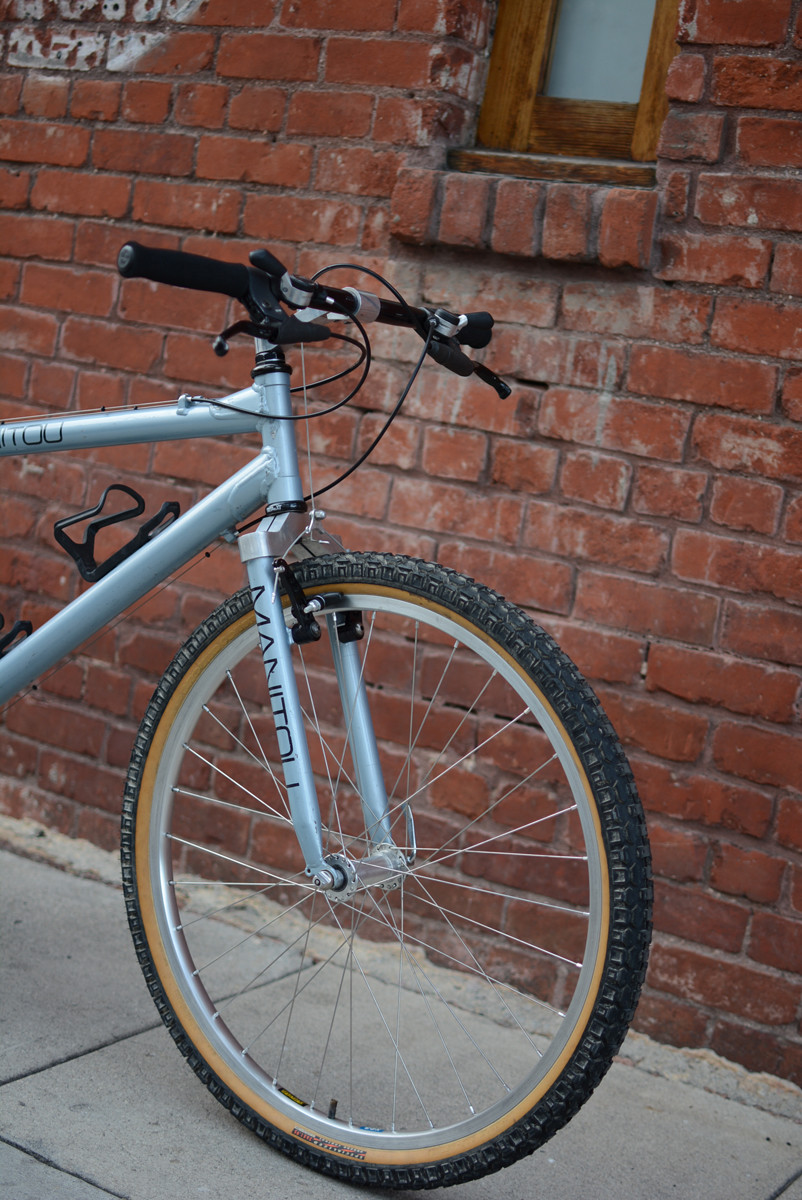 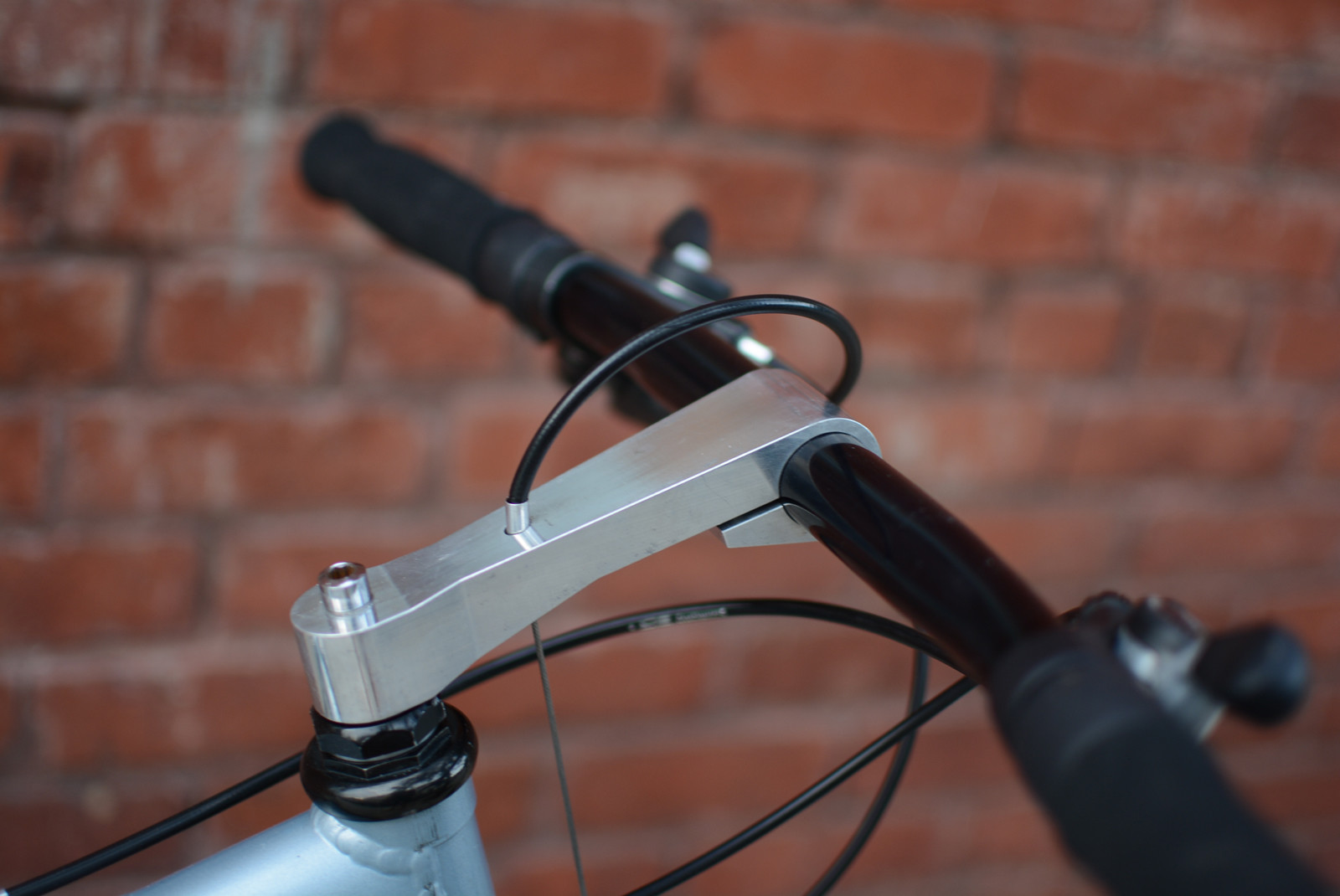 Doug’s custom stem is one of the more unique stems made during the hay day of boutique mountain bike manufacturers. 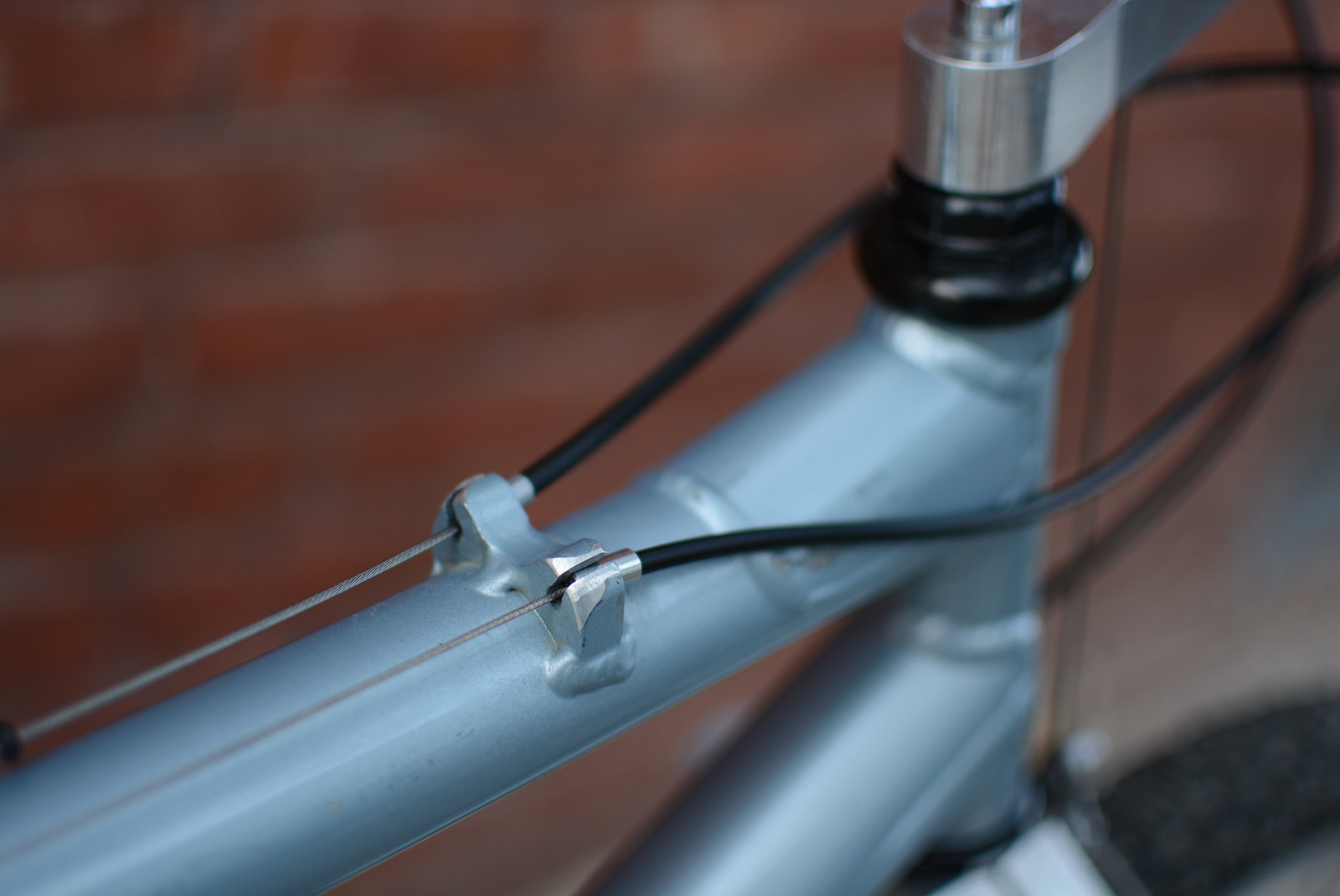 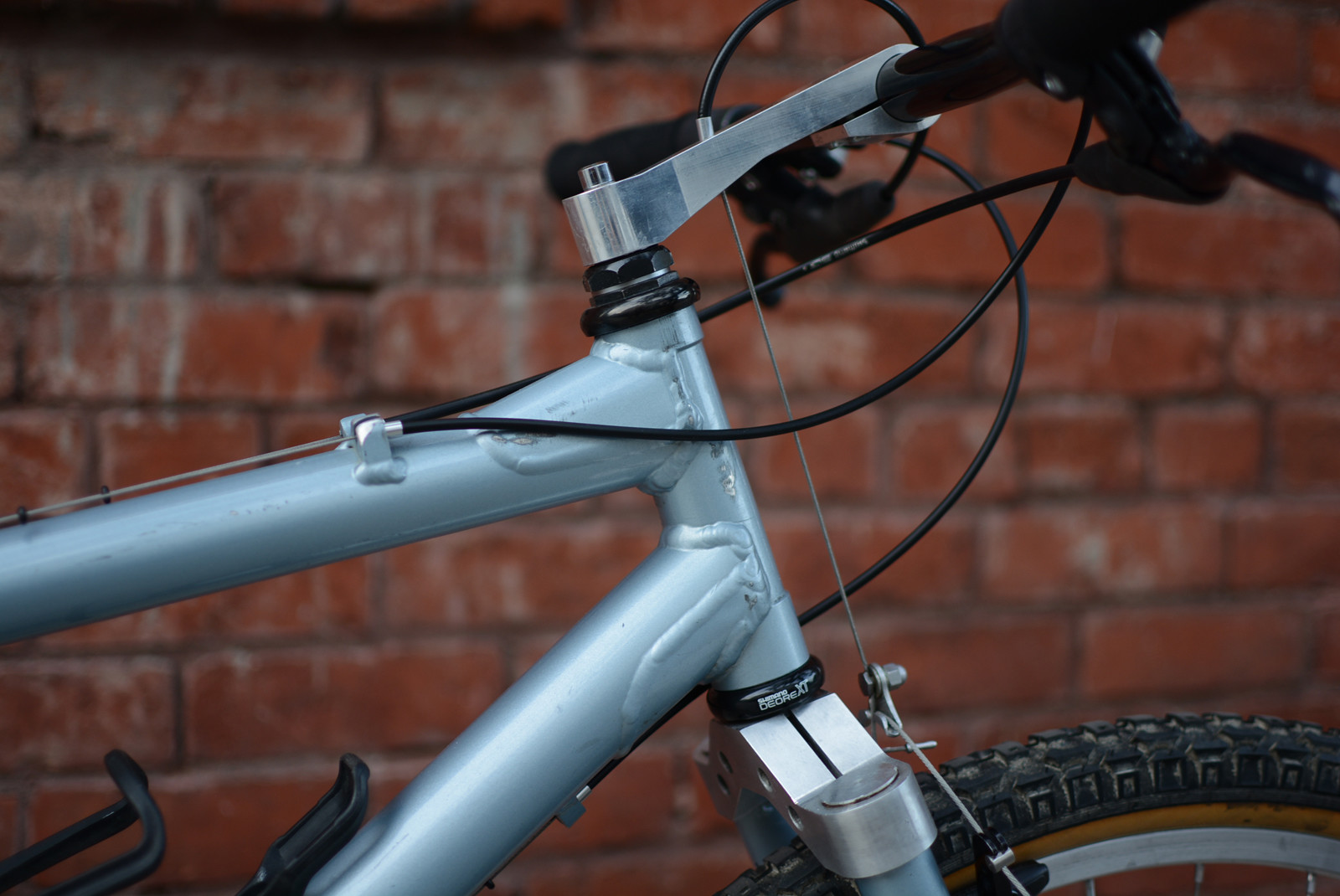 The customary top tube and headtube gussets give these Manitous a beefy and industrial look and contribute to a stiff and planted feel on the trial. 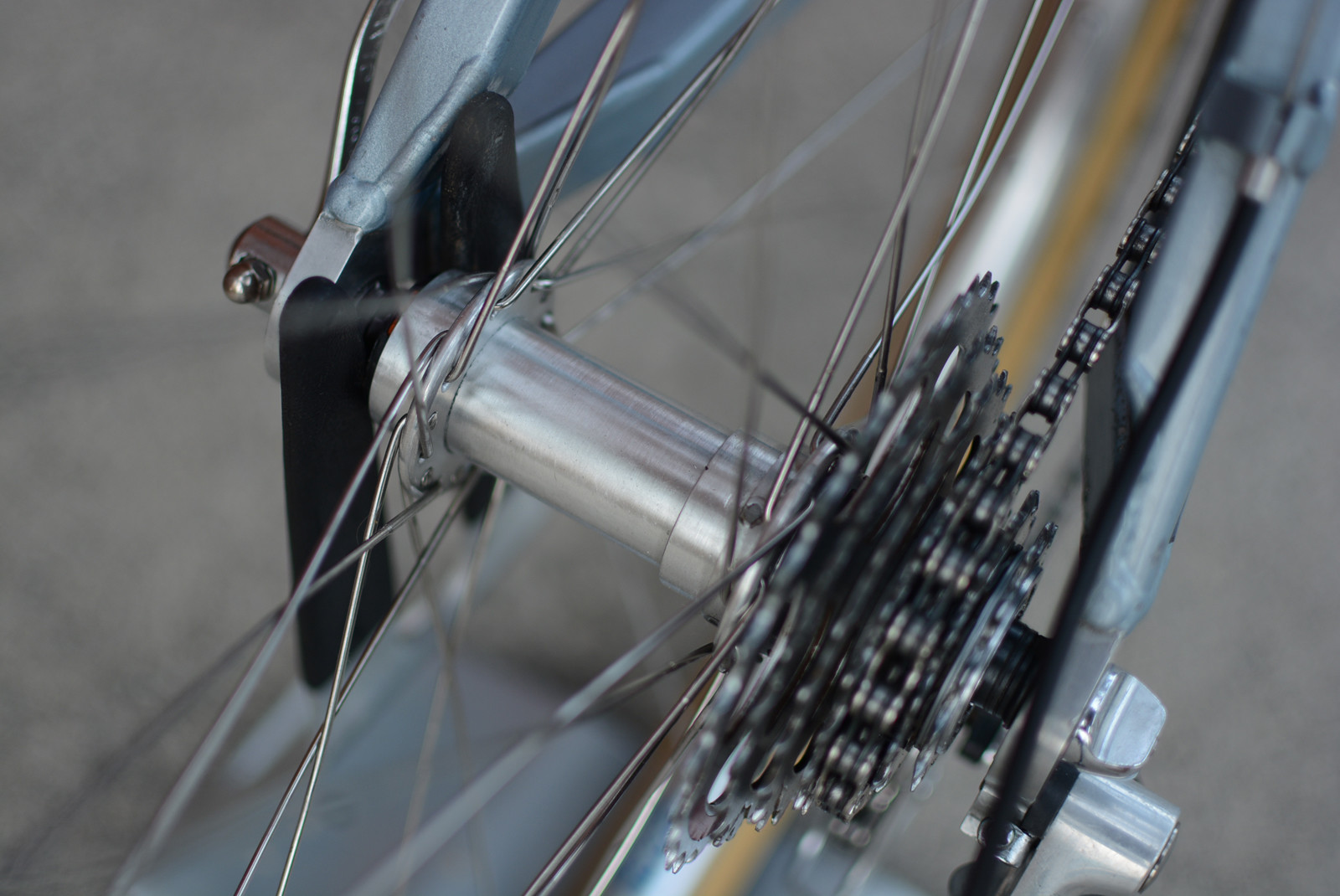 Custom made rear hub featuring an adapted Shimano freehub body and internals grafted onto a classic Bradbury 145mm rear hub. This hub is one of maybe one or two made by Doug as he tried to adapt the new HG cassette from Shimano onto his bikes, this designed ultimately gave way to the modified M732 rear hub which Doug modified to extend from 135mm to 145mm by adding a spacer between the flanges. 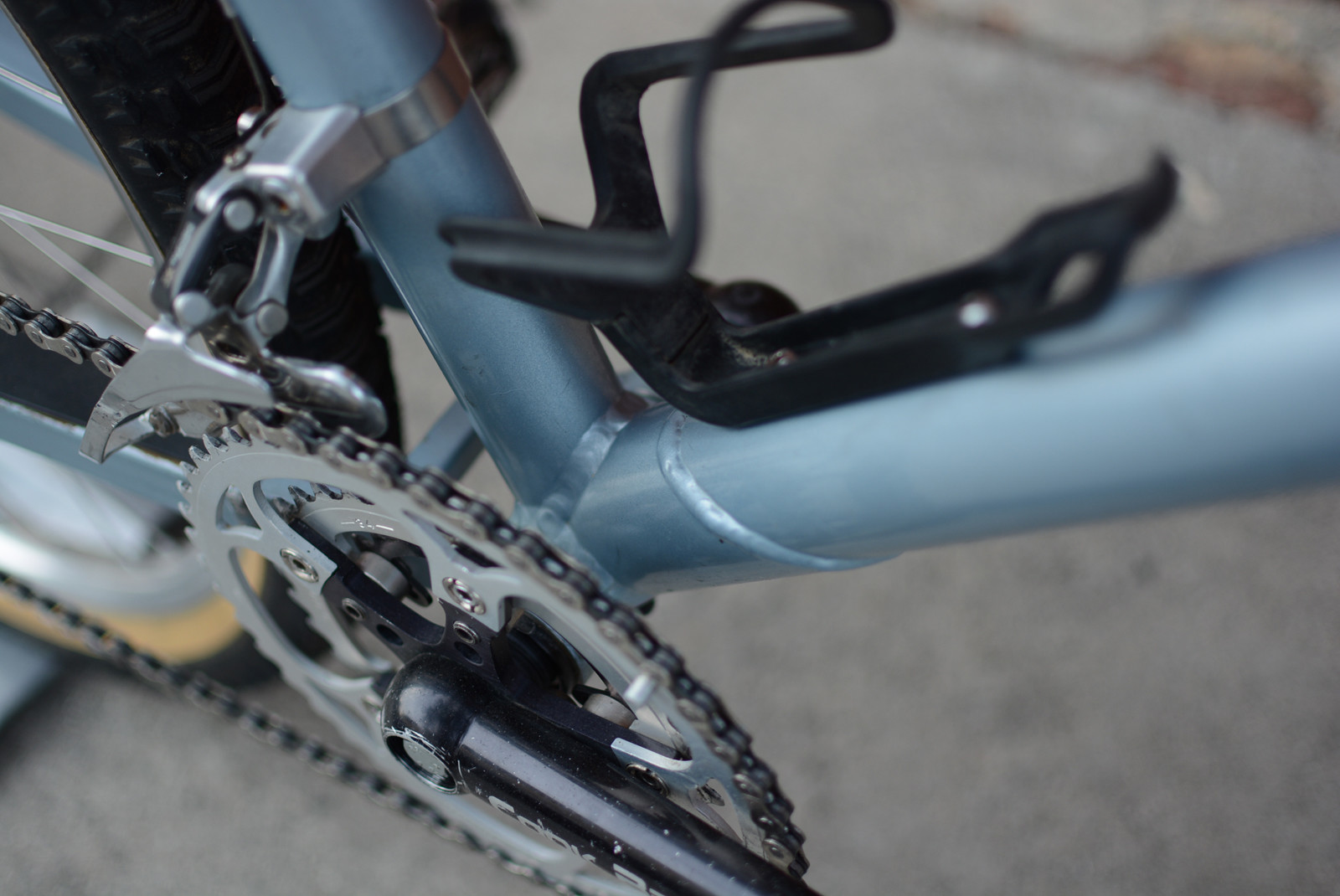 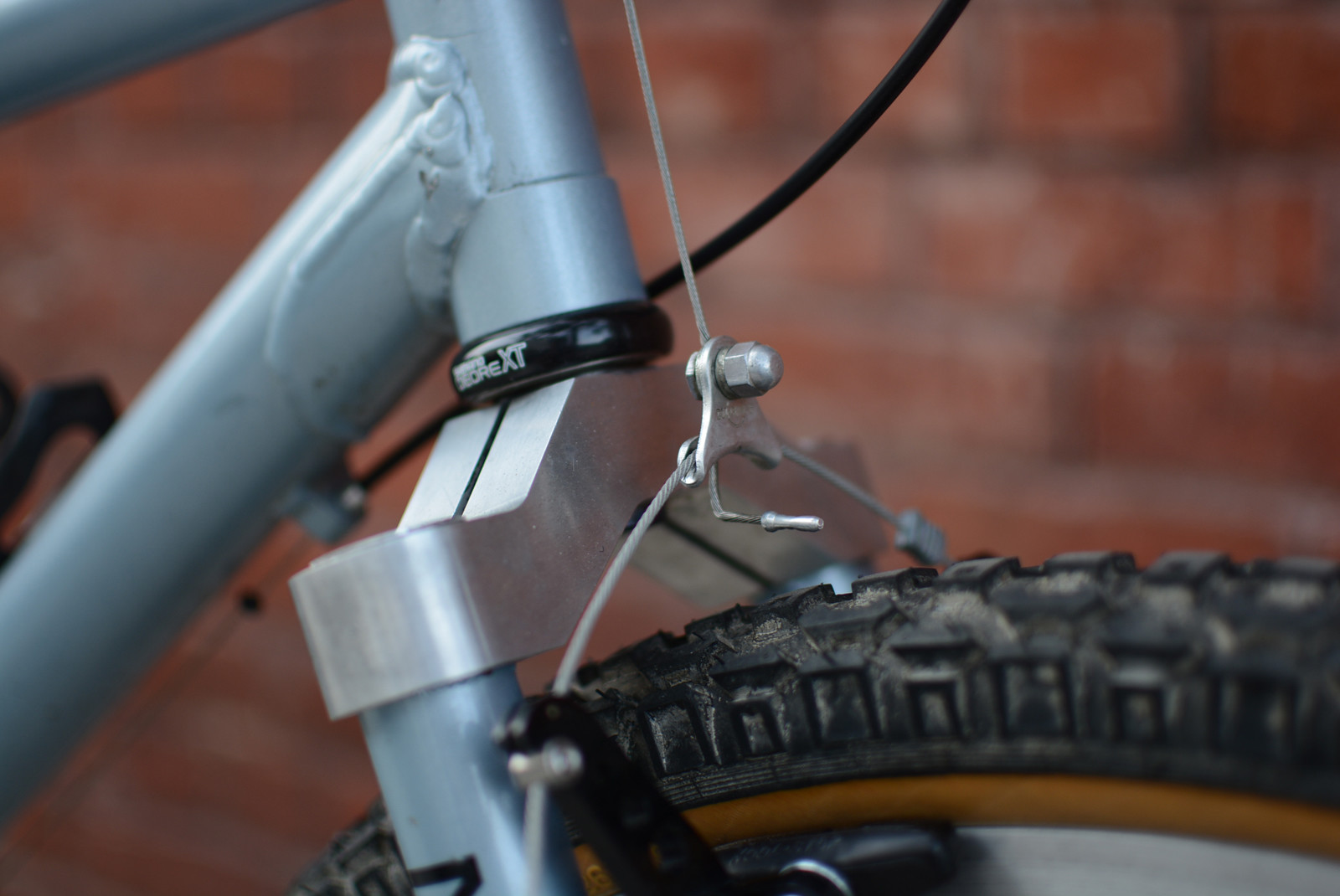 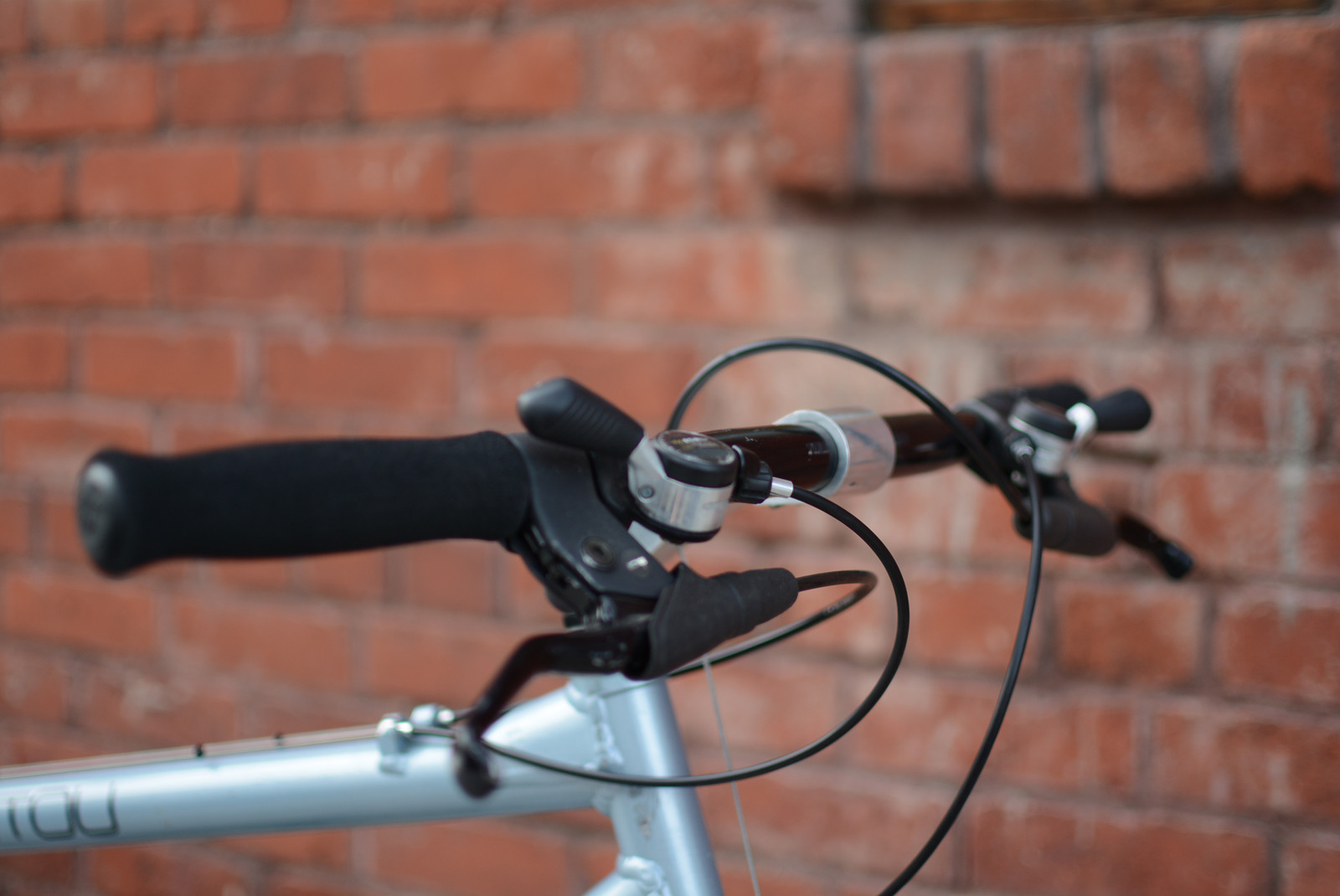 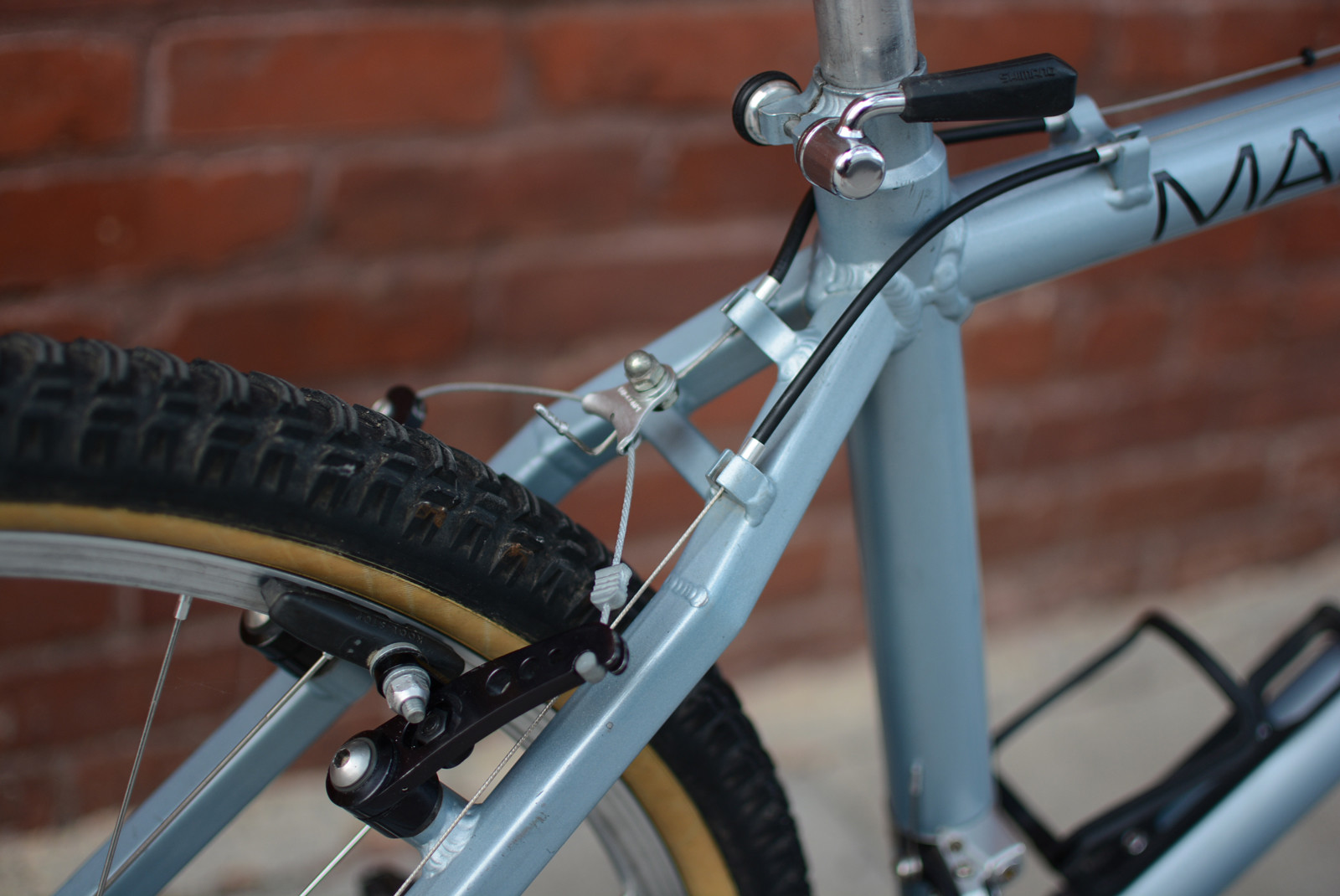 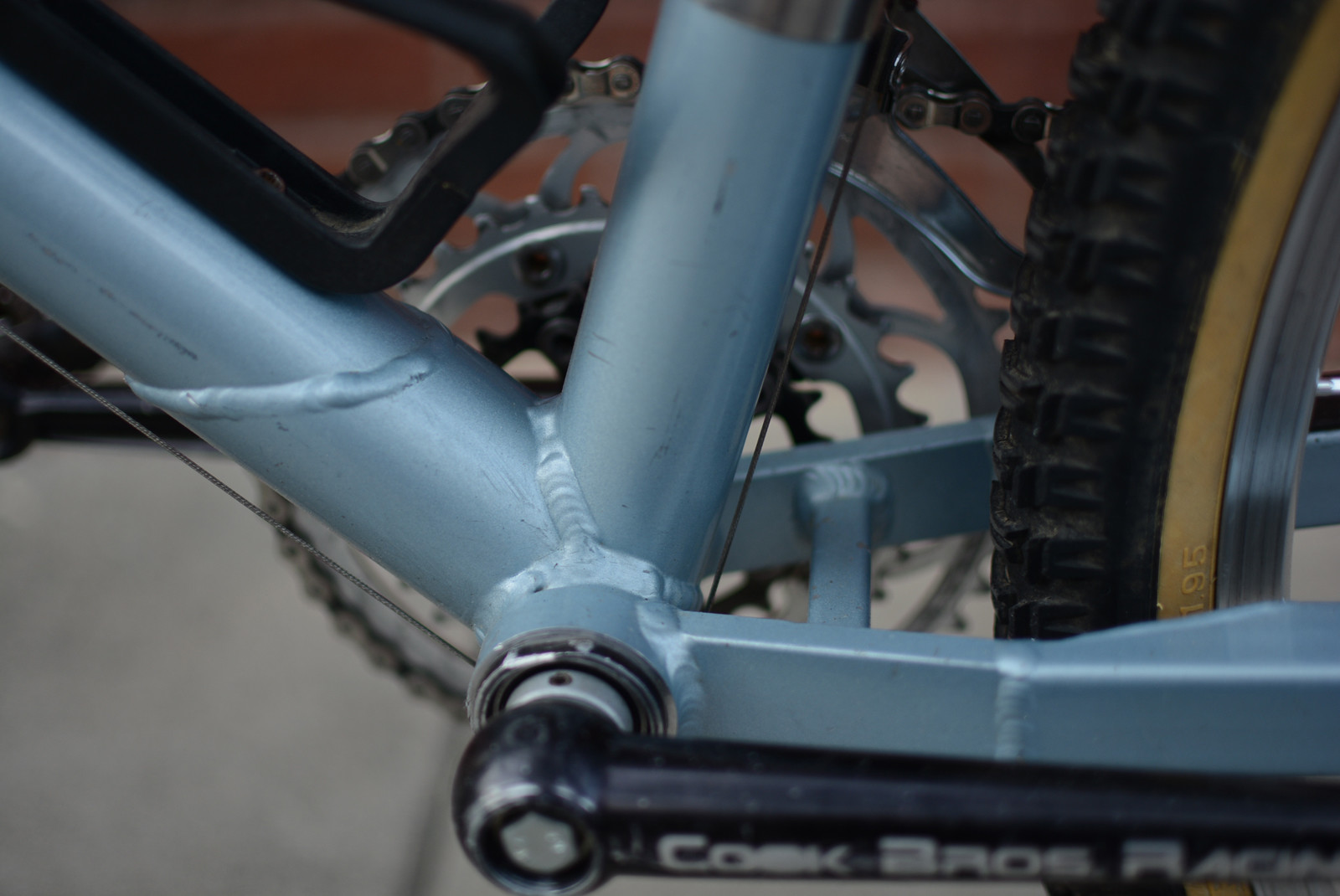 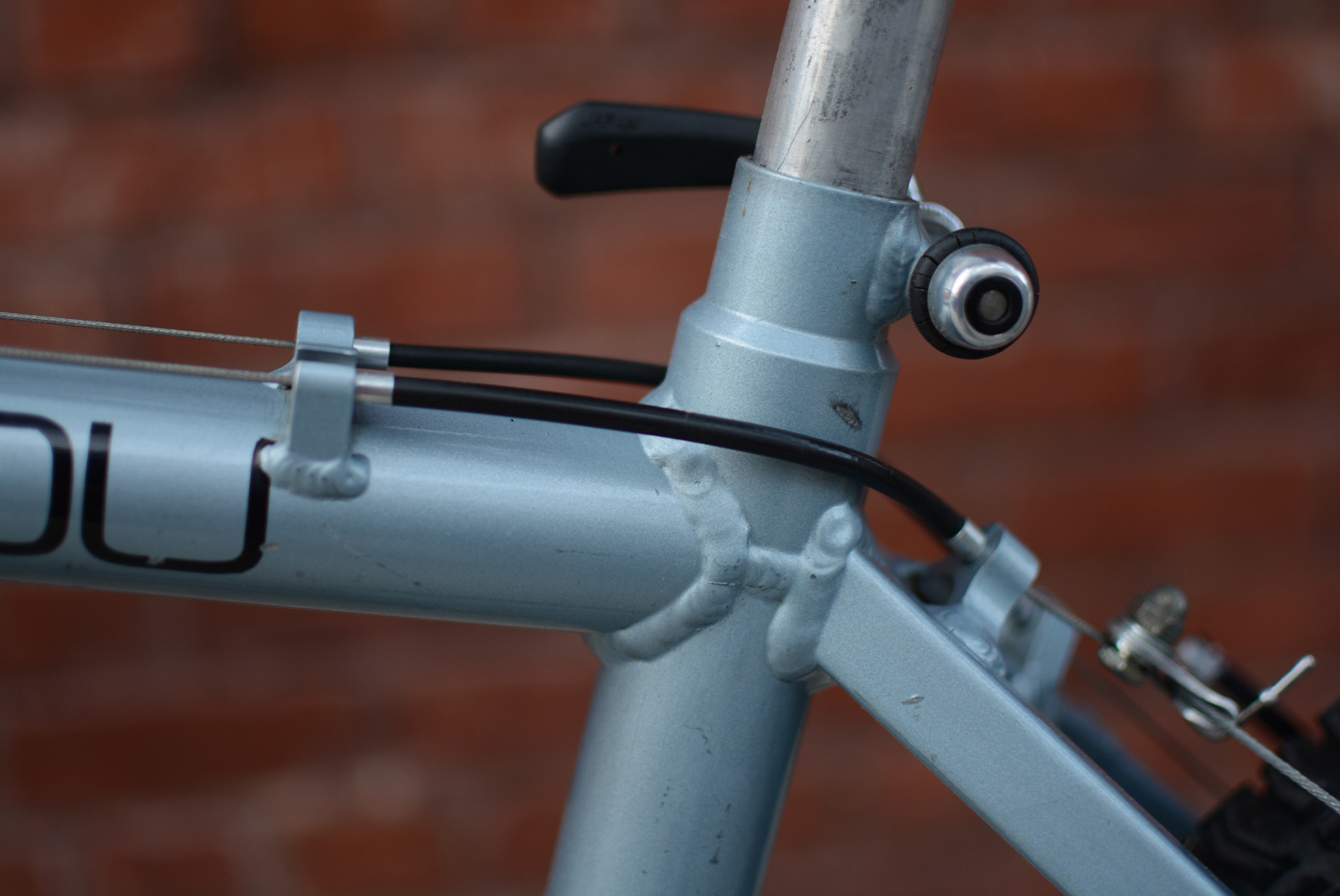 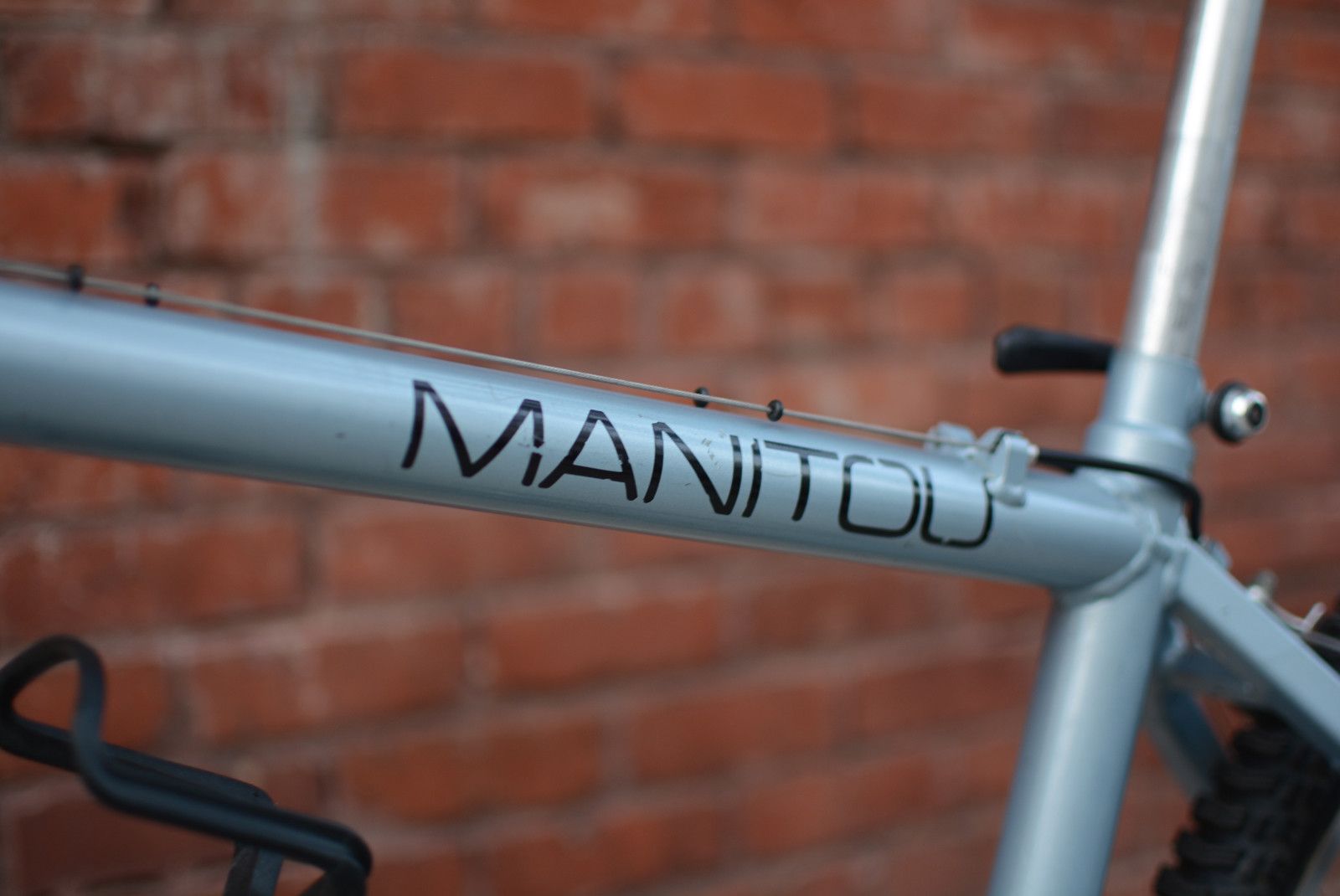 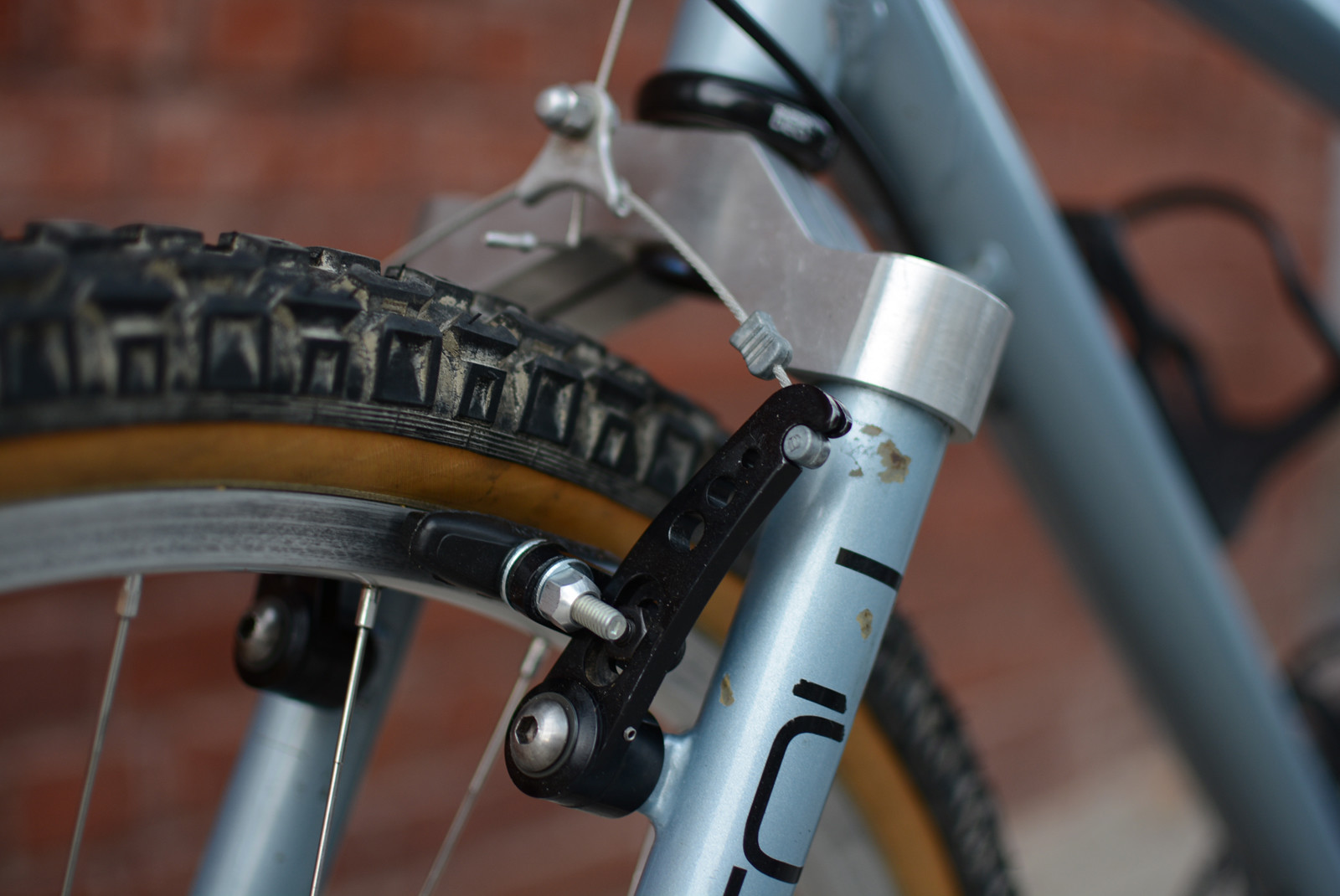 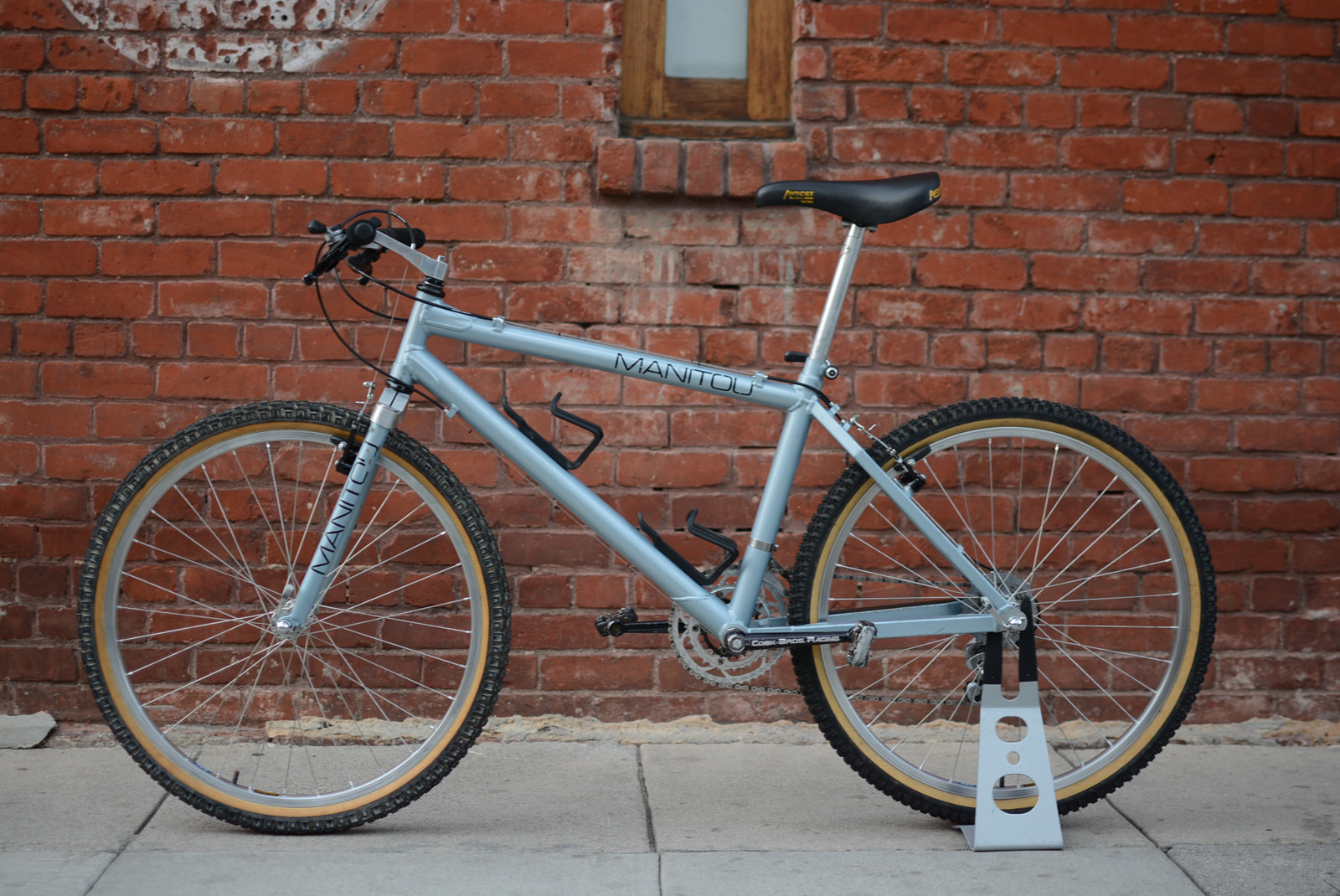 This bike is a smaller twin of my 90 Manitou and it’s been really fun having two of these blue DBMs in the shop at the same time. I wanted to shoot them both at the same time, but it just wasn’t in the cards. In my opinion this bike represents what a Manitou should look like and just like my bigger twin will no doubt be an amazing bike on the trail.