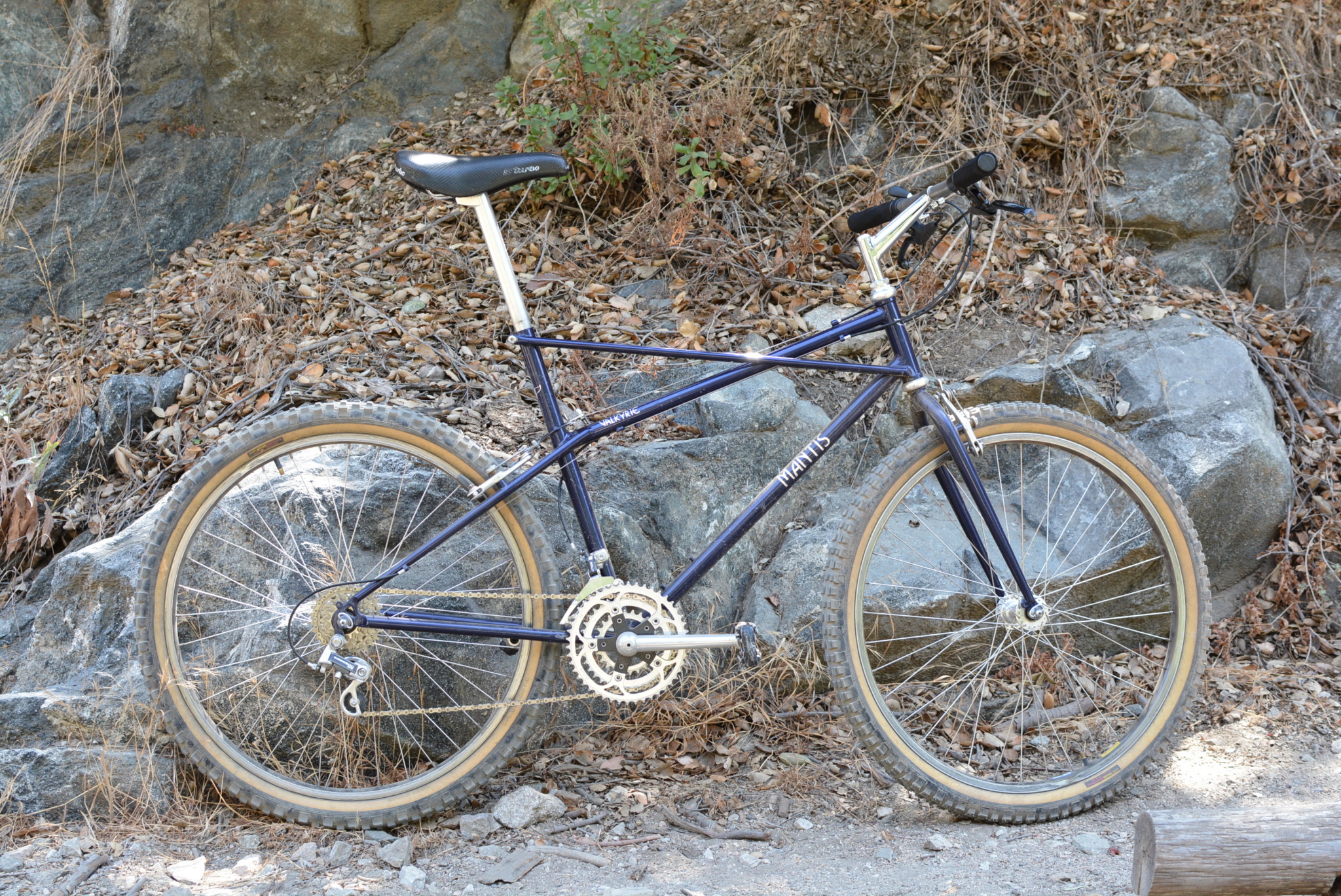 The setup of this particular bike made for a fairly upright position which in turn made the cockpit feel a tiny bit more on the cramped side than I might want, but not in a way that makes the ride uncomfortable in any way. Perhaps, just a bit more upright than I’m used to. Probably a nod to the slightly more slack angles that some of my more modern bikes. 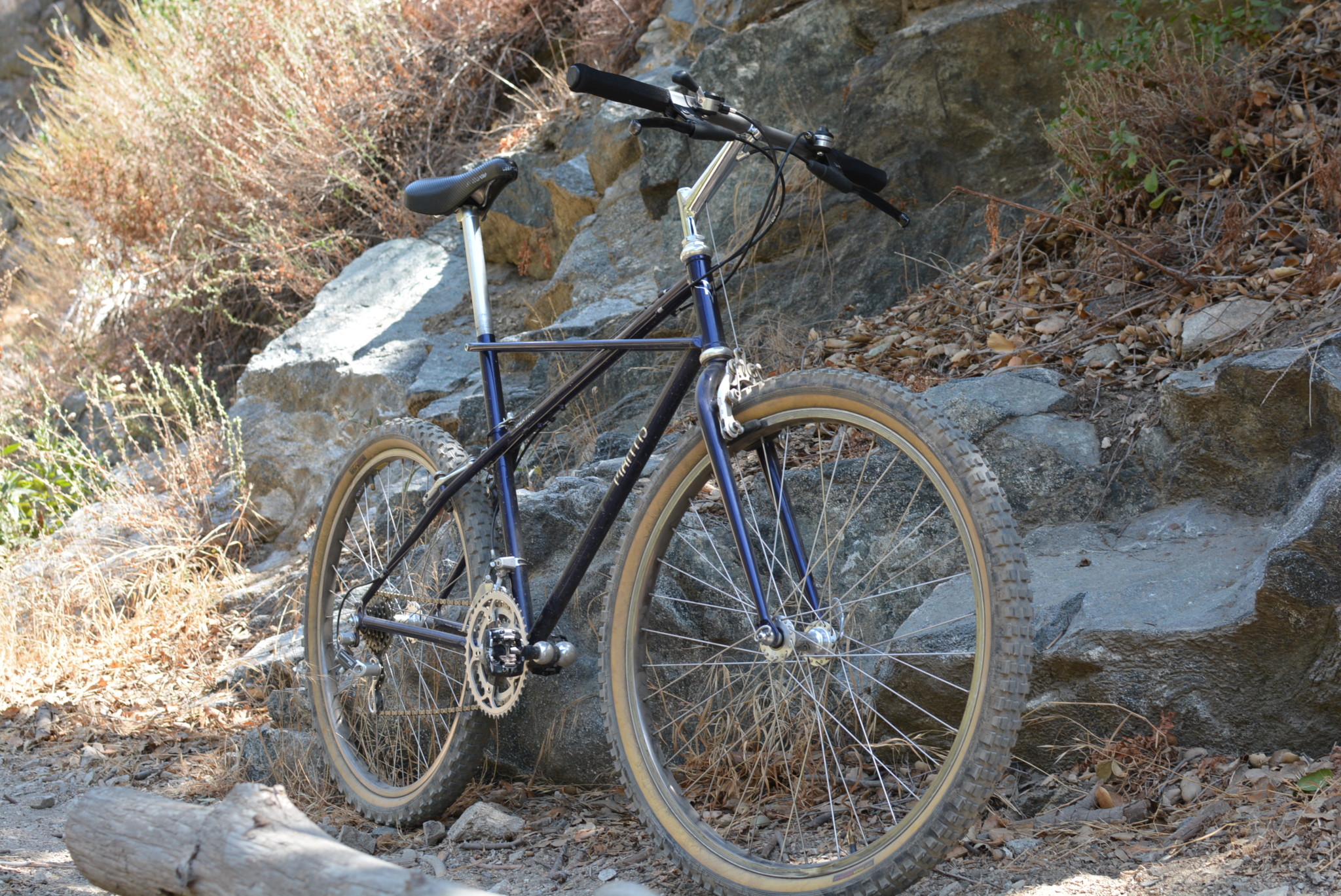 I’ve never ridden a bike with roller cams on the front, it takes a little bit of getting used to and probably some more time fiddling with the cam setting. I think I had some beginner’s luck with the roller cam on the Merlin, these didn’t feel anywhere nearly as good as that one. 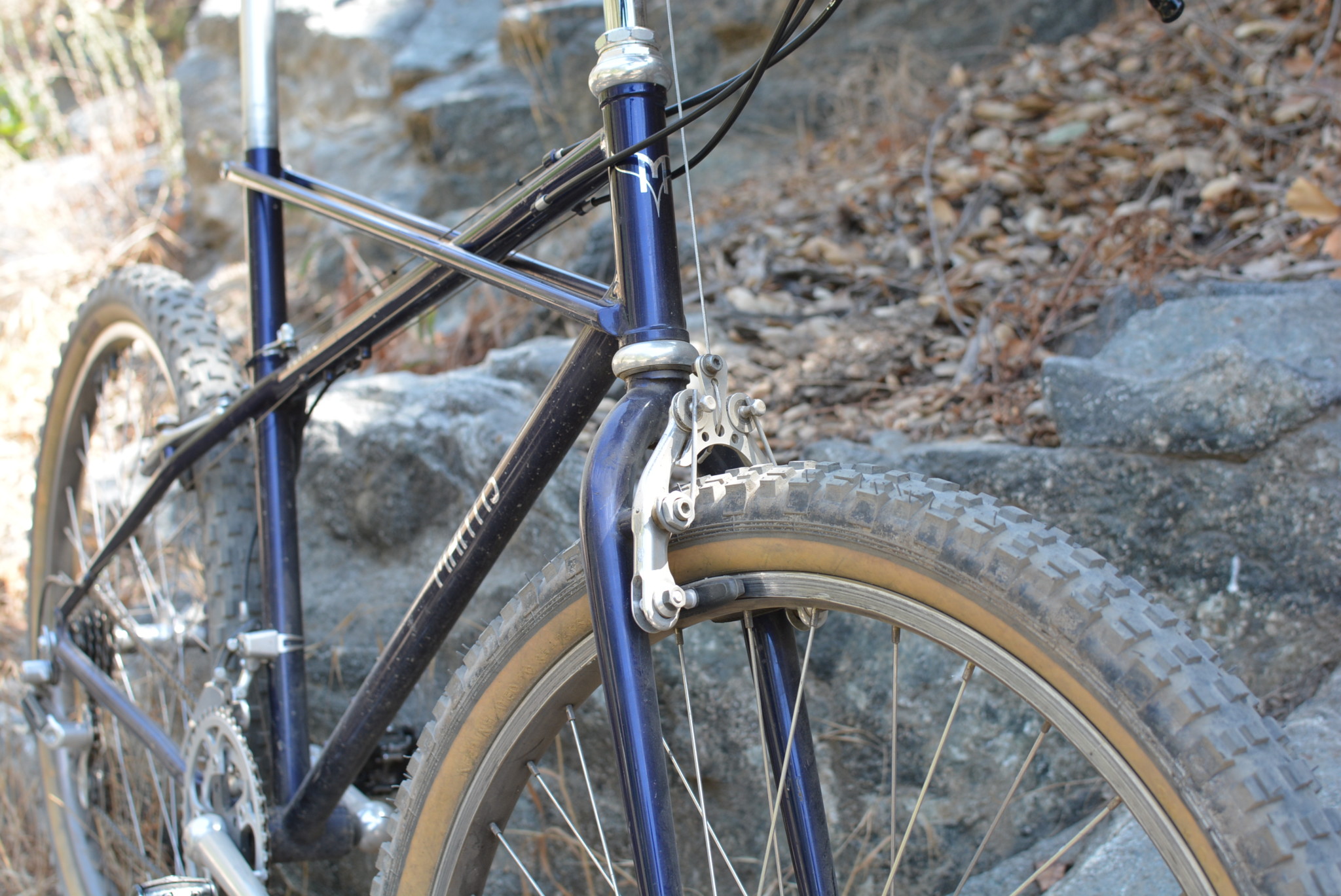 I’ve been getting into WTB stuff lately, this is the 2nd bike I have equipped with nearly a full WTB kit, so far I am pretty impressed. I guess I’ll get #3 and #4 done soon and check those out. 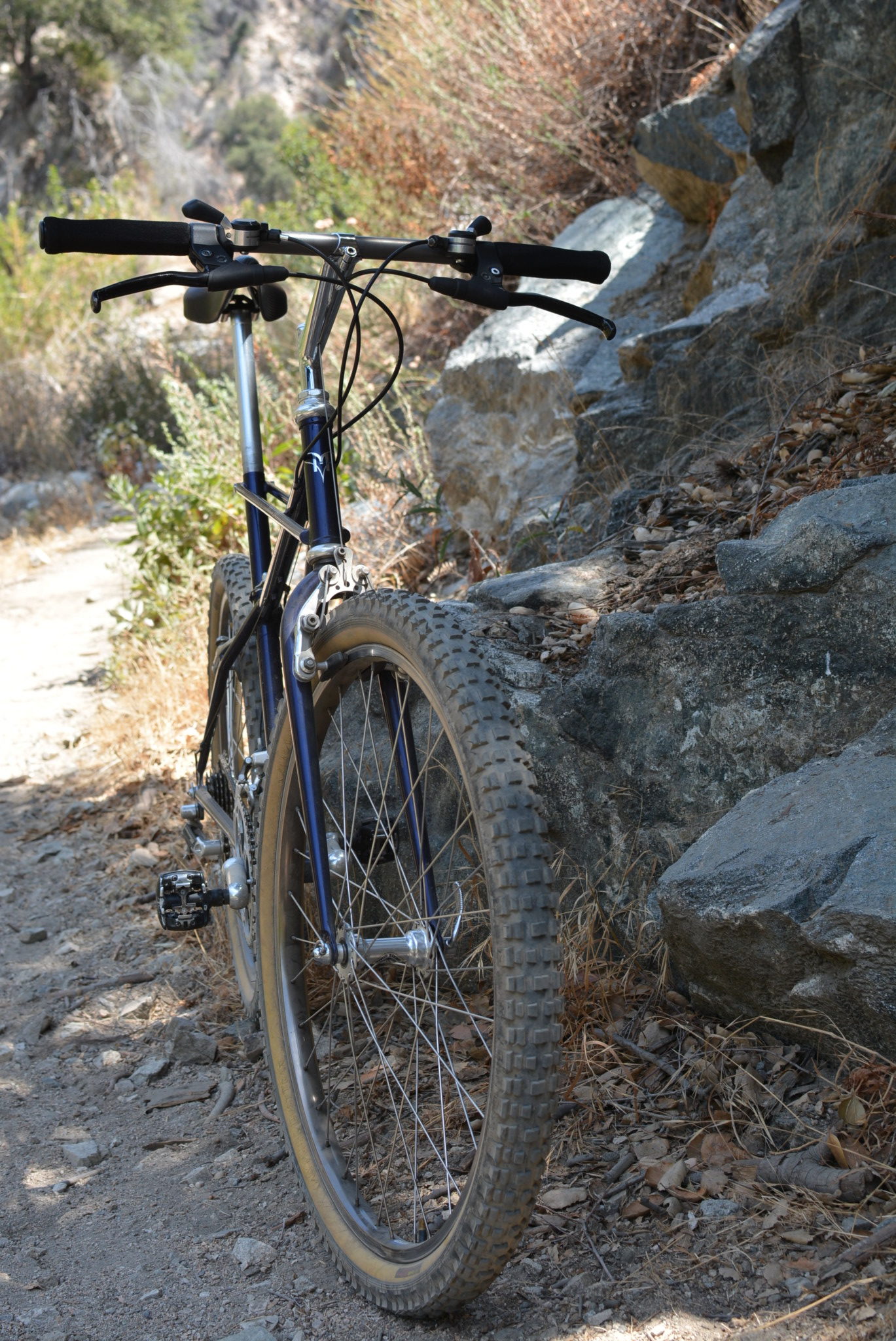 Fisher Dust Trax tires. Never even knew these existed until recently. Kind of a good front tire compared to the Fattrax, which is pretty happy being relegated to rear tire duty. 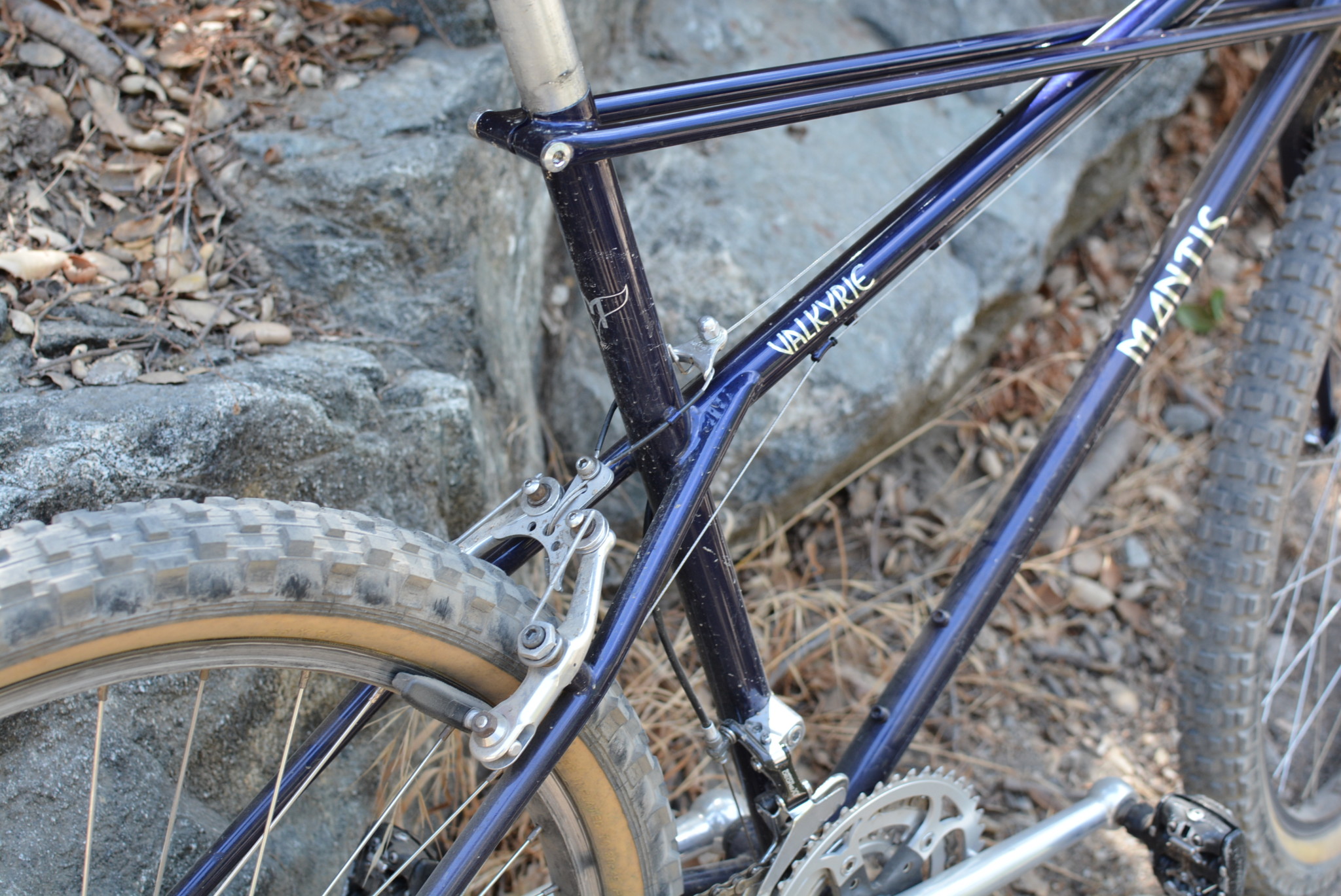 The rear brake needs a little more work, but it’s getting there. It took a little while but I made a custom setup for running the twin cable ends, I think it’s pretty good. I used a short section of brake cable which is pretty stiff, and still impacts the cam angle. I may try some braided cable instead and see if that helps things out further. Fortunately the stays are pretty stiff, and unlike the later XCRs and Flying Vs there is very little flex. So, I was able to run the brakes without the stiffener plates and still maintain solid brake feel. 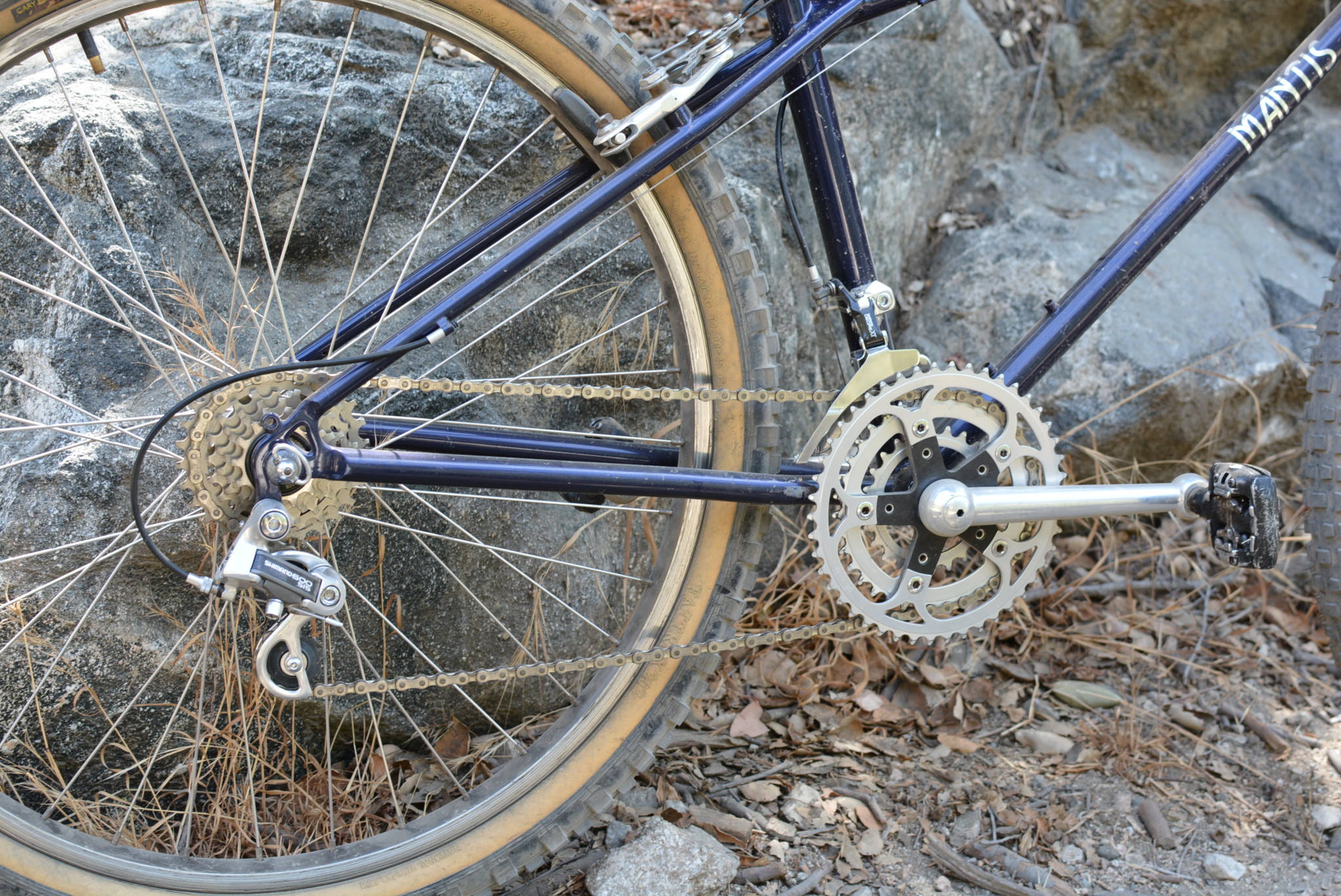 The drivetrain setup worked virtually flawlessly, surprisingly crisp shifts with very few mis-shifts. I guess all that work I did on adjusting the chain-line late last night paid off. 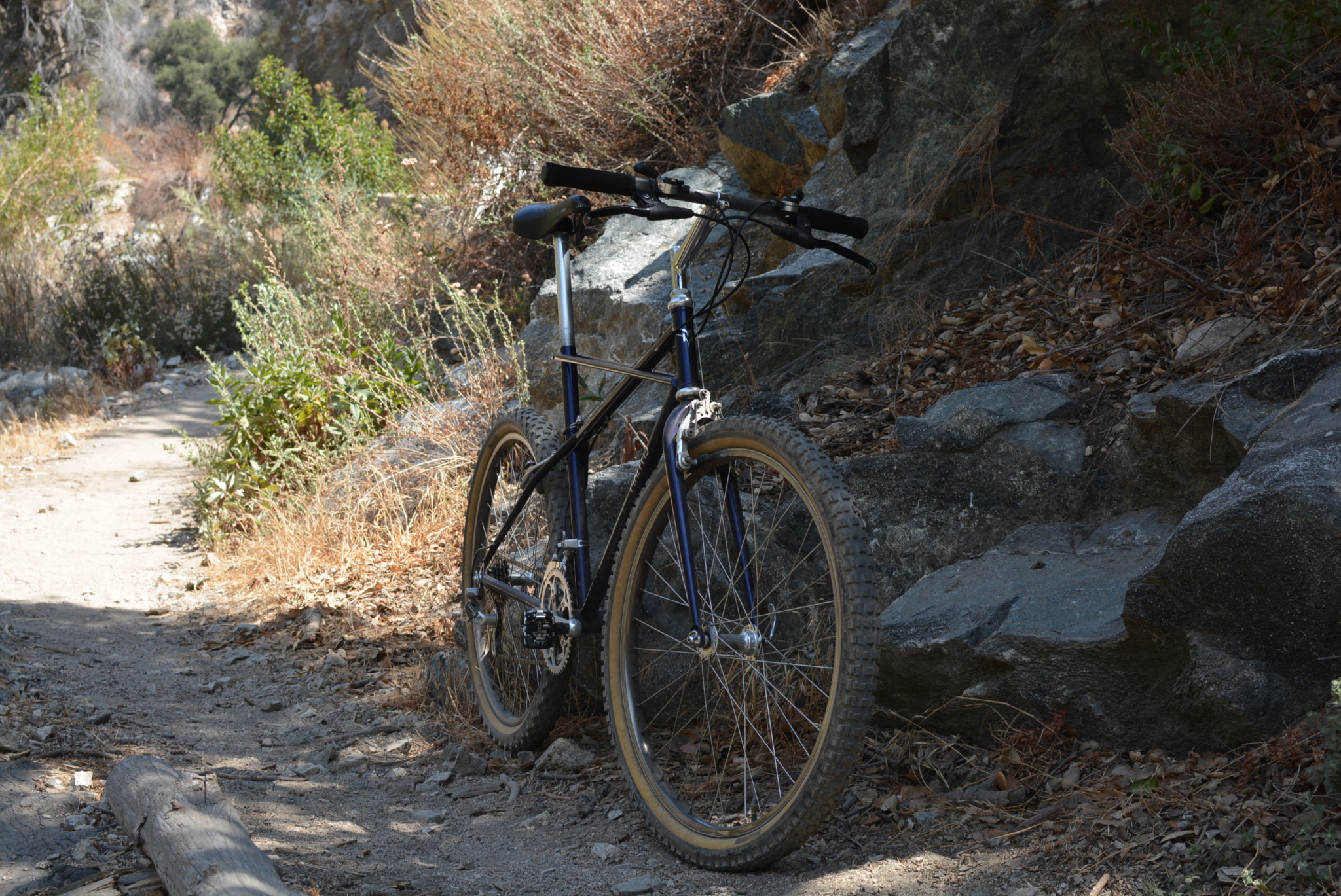 I don’t like the 4 finger brake levers, nuff said! 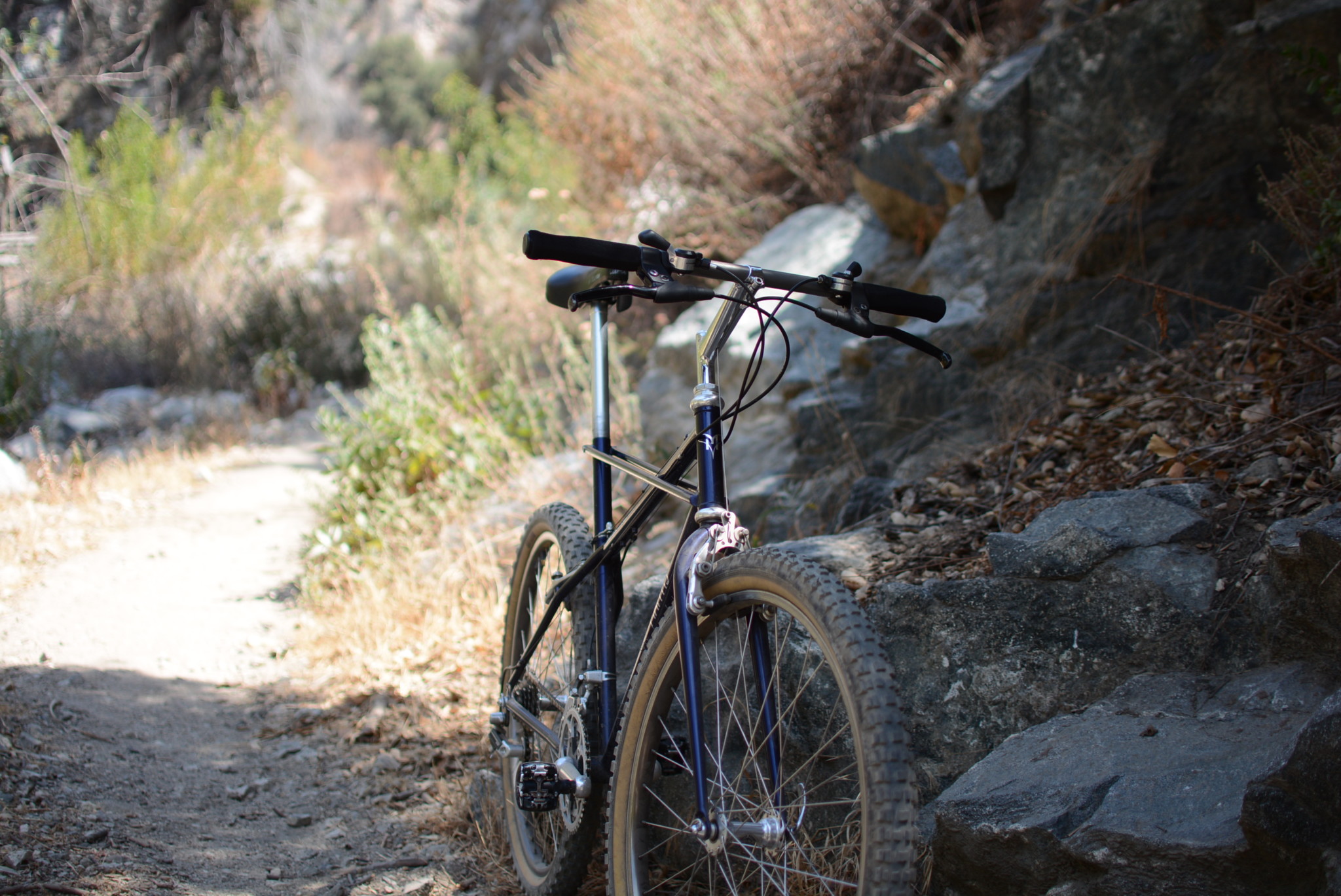 The straight blade Mantis fork definitely contributed to the rigid feel of the Valkyrie. I think maybe dropping the front tire pressure will help a bit wit that. But overall, the turn-in was great, the bike tracked great and more or less went where I wanted it to go. But with that said, you really have to focus while riding fast in technical sections. A lapse of concentration and you’re in the bushes or jamming on the brakes. This is not a bike that you can just ride, you need to be on it if you want to go fast. There’s no looking around and checking out the scenery, if you want that sort of bike look elsewhere. 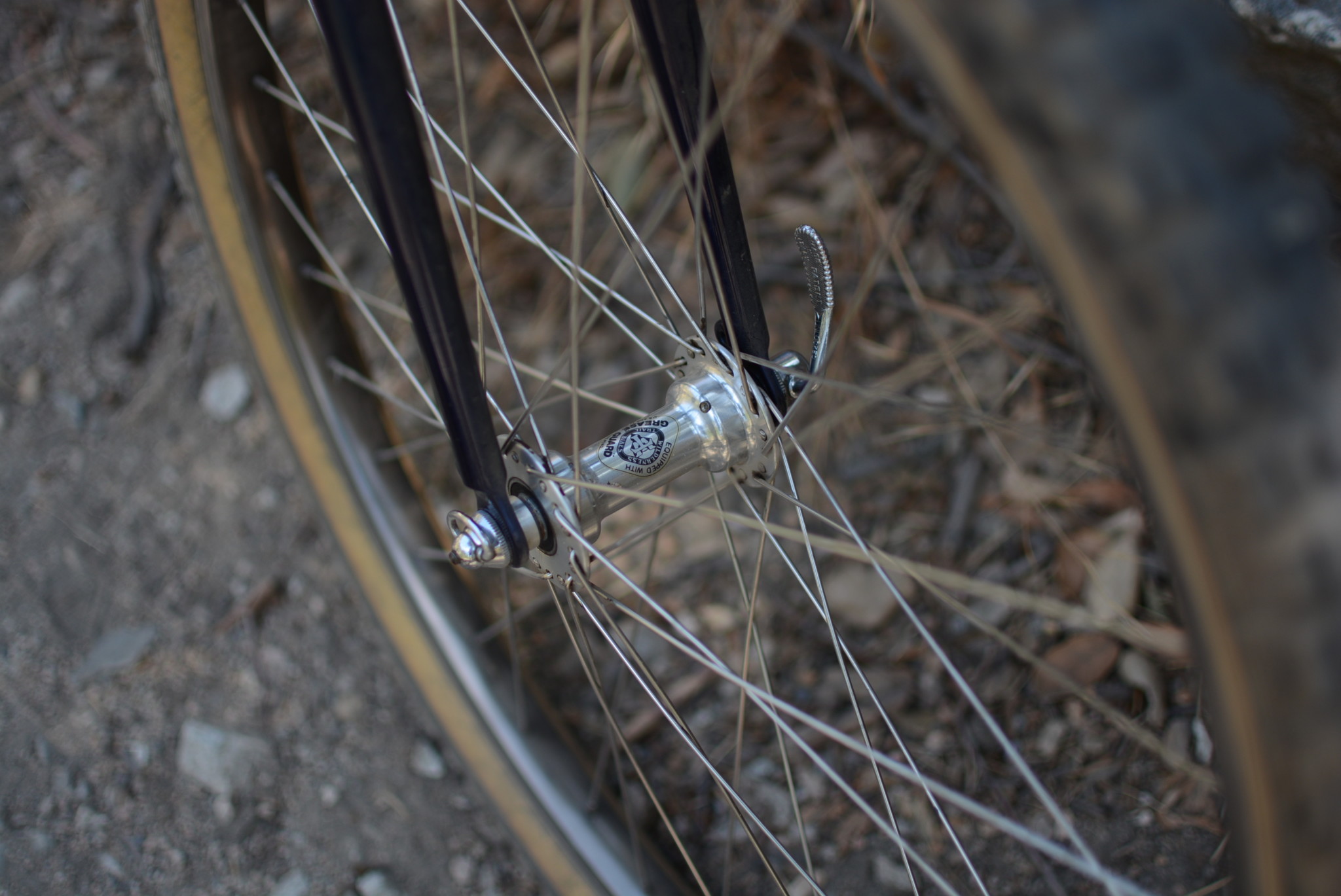 This is my second WTB equipped bike and so far the components are living up to their reputation. The hubs looks great, are much tighter than Bullseyes and spin very smoothly. 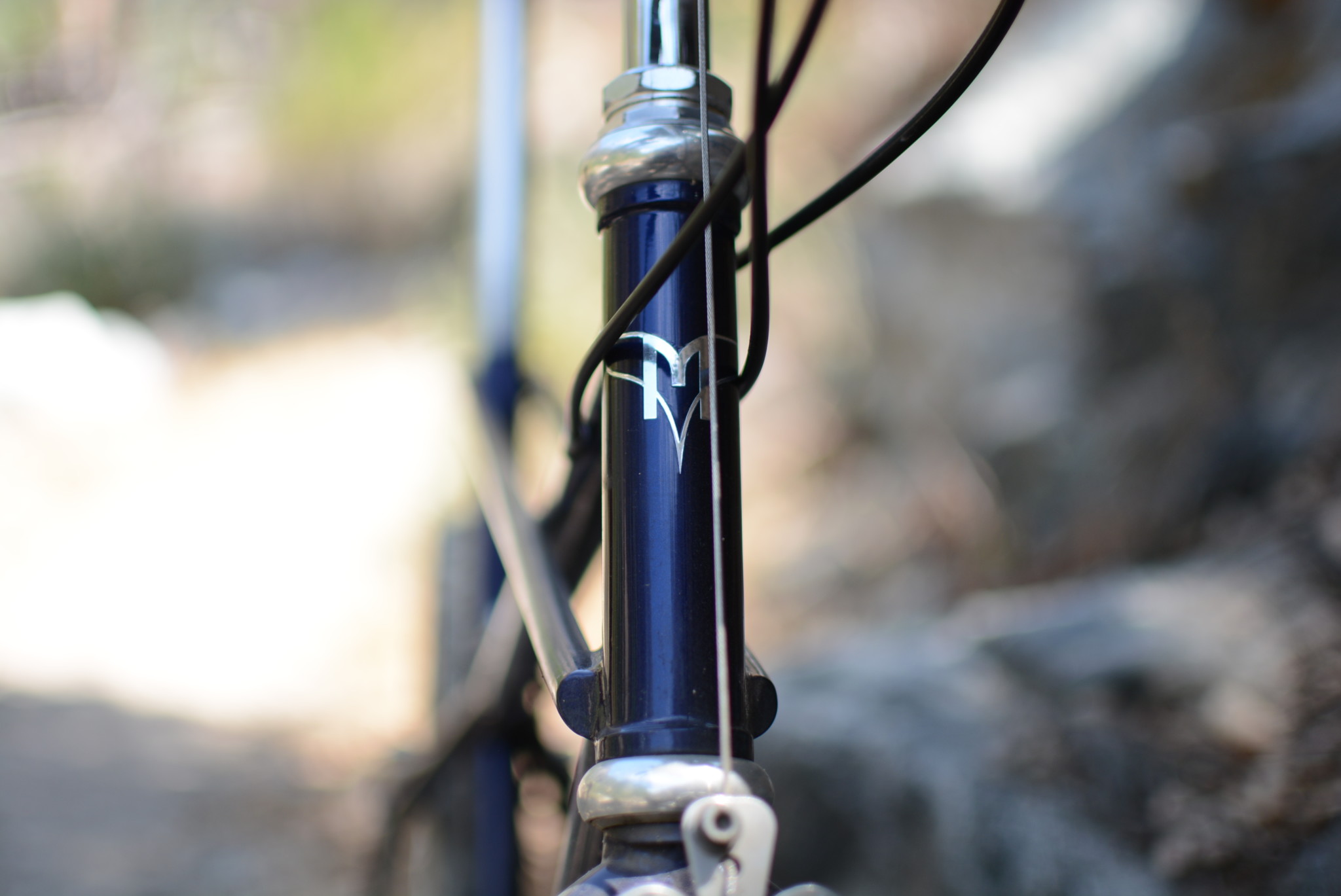 All in all I like this bike. I think I’ll put on some more modern tires, adjust the brakes, go over everything and hit the bigger trails. I think it’ll earn a permanent spot on one of the hooks.