The final evolution of Doug's design 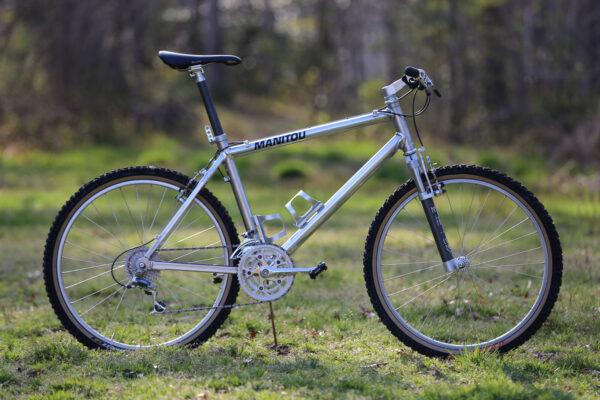 Doug started building mountain bikes around 1986/87 and before he closed up shop he built around 350 or so hardtails and full suspension models. While the FS remained largely the same throughout its short life the hard tail went through quite an evolution over the years. The bike you see here is the culmination of six or so years of refining and upgrading Doug’s original design, resulting in what was at the time one of the most advanced and aggressive bikes on the market. 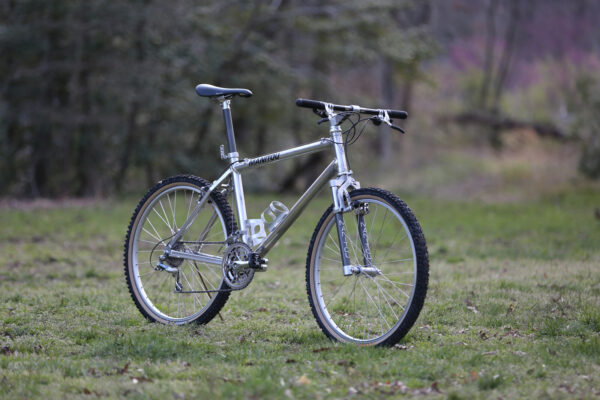 Unlike Doug’s earlier bikes which fall squarely in the handmade, somewhat crudely hewn category, the later Manitous toe a fine line between low rate and fully refined production bikes. Perhaps this is why they are often overlooked, undervalued and lumped in with the masses of Aluminum bikes available in the 90s.  Because they lack the little touches of the earlier bikes, and are always built with suspension forks they are often confused for the much more common Answer models, which I personally think is quite an injustice. 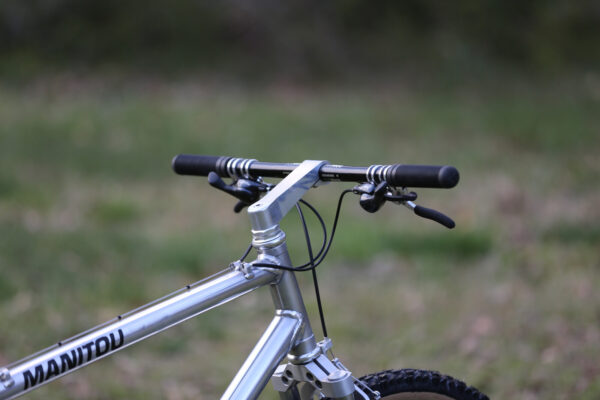 Those in the know however recognize the differences, extra gussets at the headtube, the subtle way the rear end is spaced out to accomodate a modified wider rear hub, custom stem and of course the unique fork. These may not seem like a big deal, but at a time when most companies were cranking bikes out by the triple digits Doug was toiling away making each bike the very best it could be. 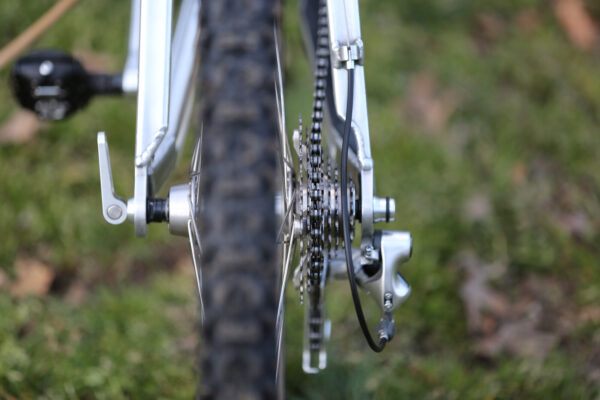 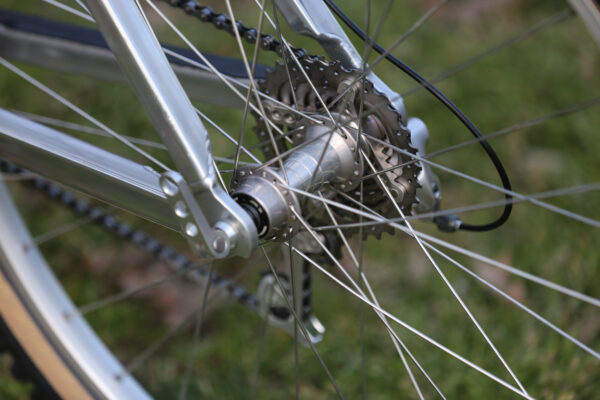 Though far off from Kleins of the early 90s in terms of looks and style, Doug embraced the fuselage concept early on and each bike came equipped with a host of custom made and modified parts creating a complete racy package. 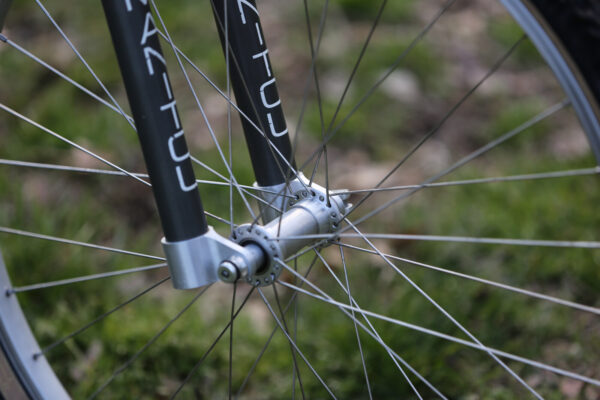 Every Manitou frameset came with a Manitou fork and stem, a 145mm Cook Bros BB, extra long Ringle QRs, 31.8mm custom made Ringle seatpost, a modified XT/XTR front derailleur and a combination custom made front hub and a modified XTR rear hub. The price in 1992 was around $2495 if you could get one. That was much more than complete top of the line bikes and you still needed brakes, drivetrain and a few other bits and bobs. 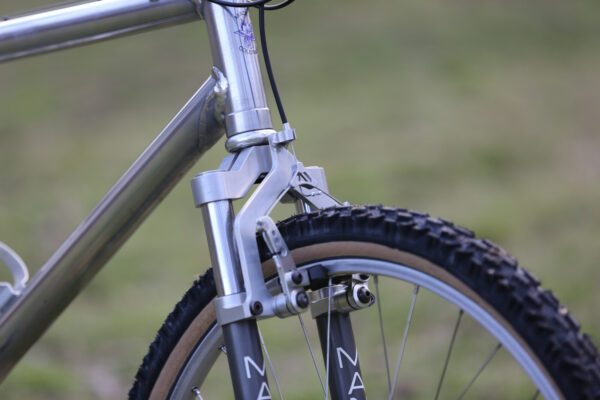 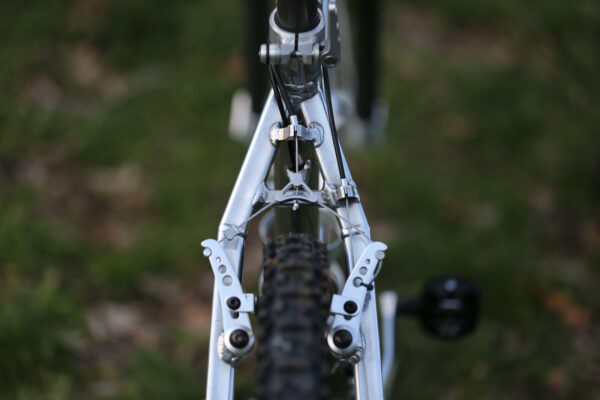 If you’re spending a couple grand for a frameset you may as well go for broke and hang some cool parts on it. So, for this build I decided to pull out all the stops and install a full Grafton brake kit including the custom shifter perches enabling the use of M900 STI units, which were some of the best around during that era. 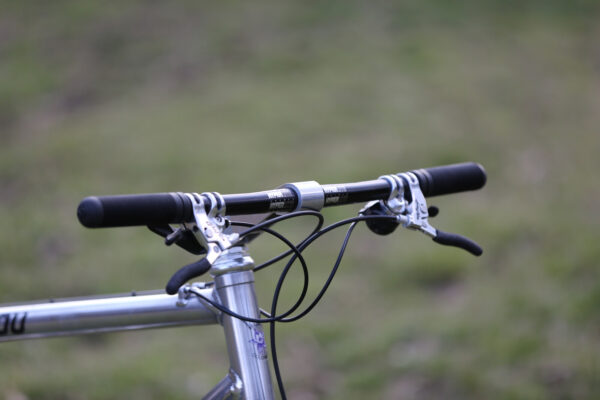 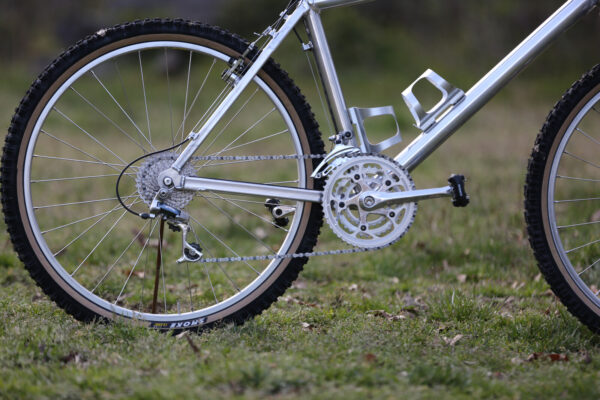 Rounding out the cottage build package is a pair of polished Grafton Speedstix cranks driving a minty M900 rear derailleur and cassette. 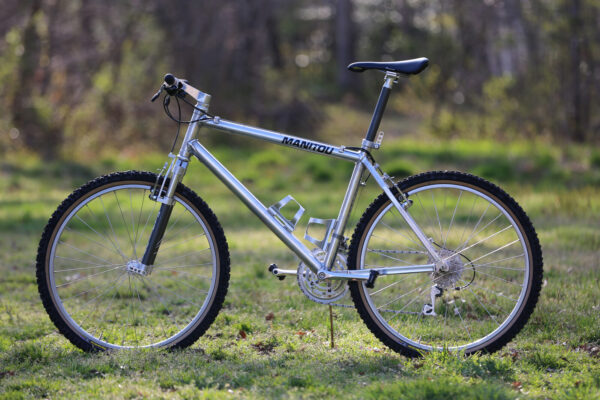 I’m sure I’ve said this before, but here goes again. As a kid I wanted nothing more than  bike dripping with fancy aftermarket parts, more Ringle, more Grafton, just more. However in my current advanced age I tend to go for more boring and let’s say reliable parts. Lucky for me, from time to time I get to build bikes like these and get to play with all these fancy parts and get then out of my system for another year or so.