By the time I really started mountain biking in the early 90s the FRO was no longer the 'it' bike from Yeti, that status was bestowed to the brand new Aluminum ARC.

Consequently the ARC was the bike I wanted. Fast forward a couple dozen years and the ARC is still one of my favourite bikes and until recently my only trail ready Yeti. Enter the 86 FRO! 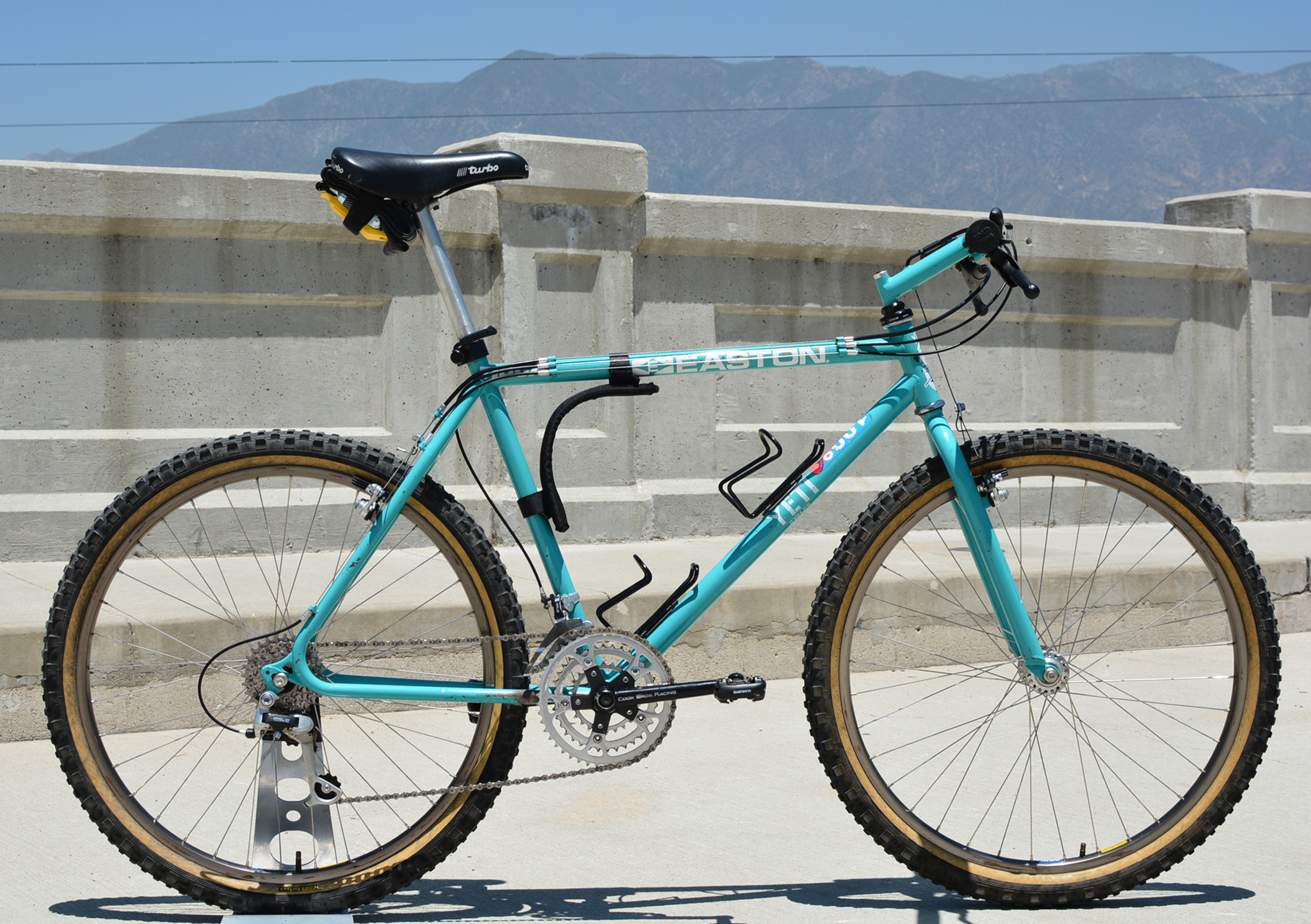 This however is not your average FRO. This particular bike is one of the earliest FROs, and therefore by definition one of the earliest Yetis on the books. The serial number is XR309, indicating that this is the 9th FRO ever built. For a detailed overview of the unique features and differences between this and other early FROs and the later more common versions please see my writeup on the Early Yeti History. 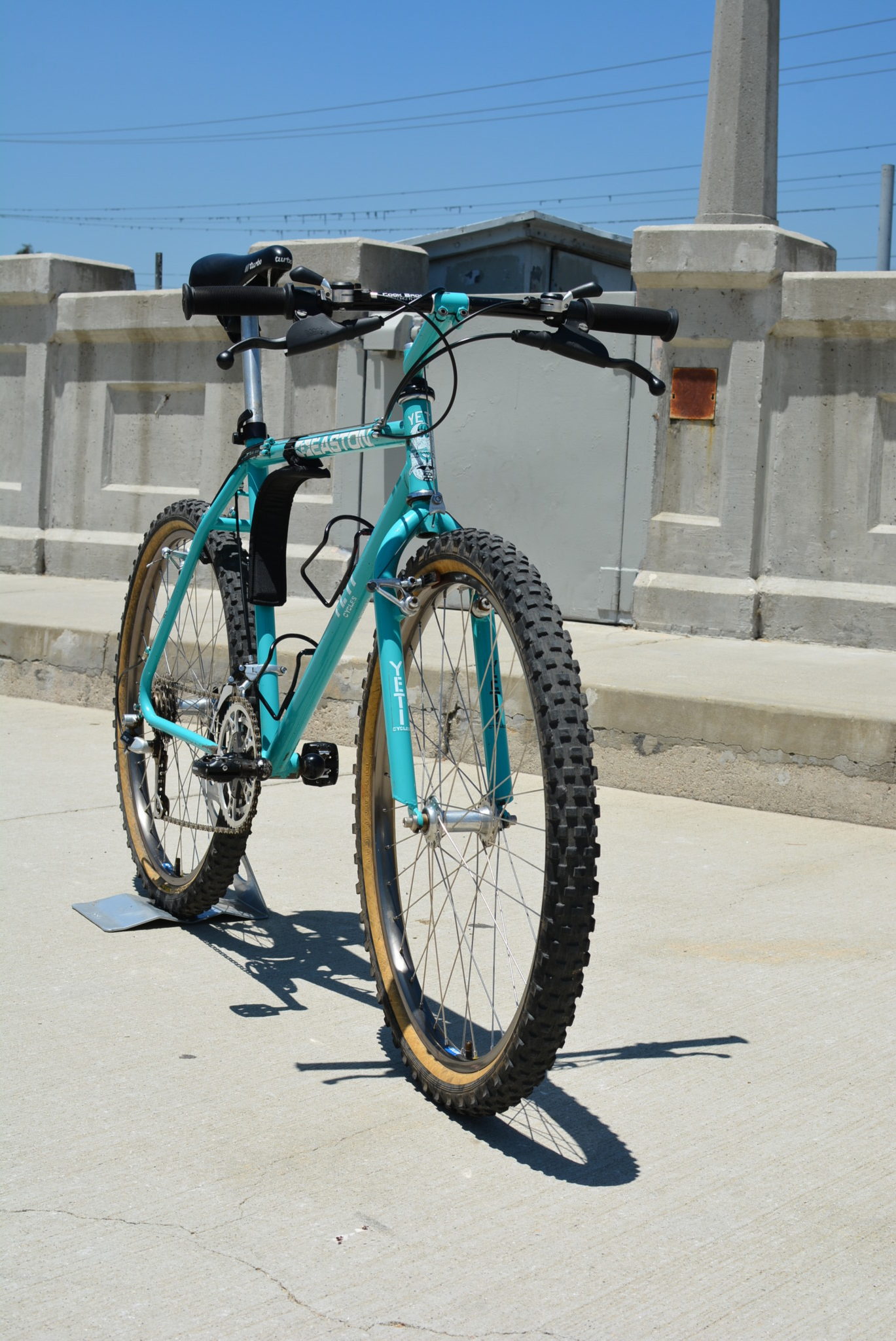 The exact history of this bike is a bit of a mystery. Prior to me acquiring it from another collector, it was sold on eBay by the same seller who sold the $12k ex-Tomac C-26. Given the early S/N and the decals on the bike there is a good chance it started out life a team bike. Based on the size I think it initially belonged to either Rob Nielsen or Greg Dress. Another interesting thing about it is the 100% sticker on the top of the downtube which is a Motorcross brand often associated with Johnny O’Mara who was racer/tester for Yeti during the early days. This is interesting as this bike was later used a test rig during the development of the C-26 (there is a strain gauge bonded to the down tube) and is very similar to a bike O’Show is seen racing in this photo: 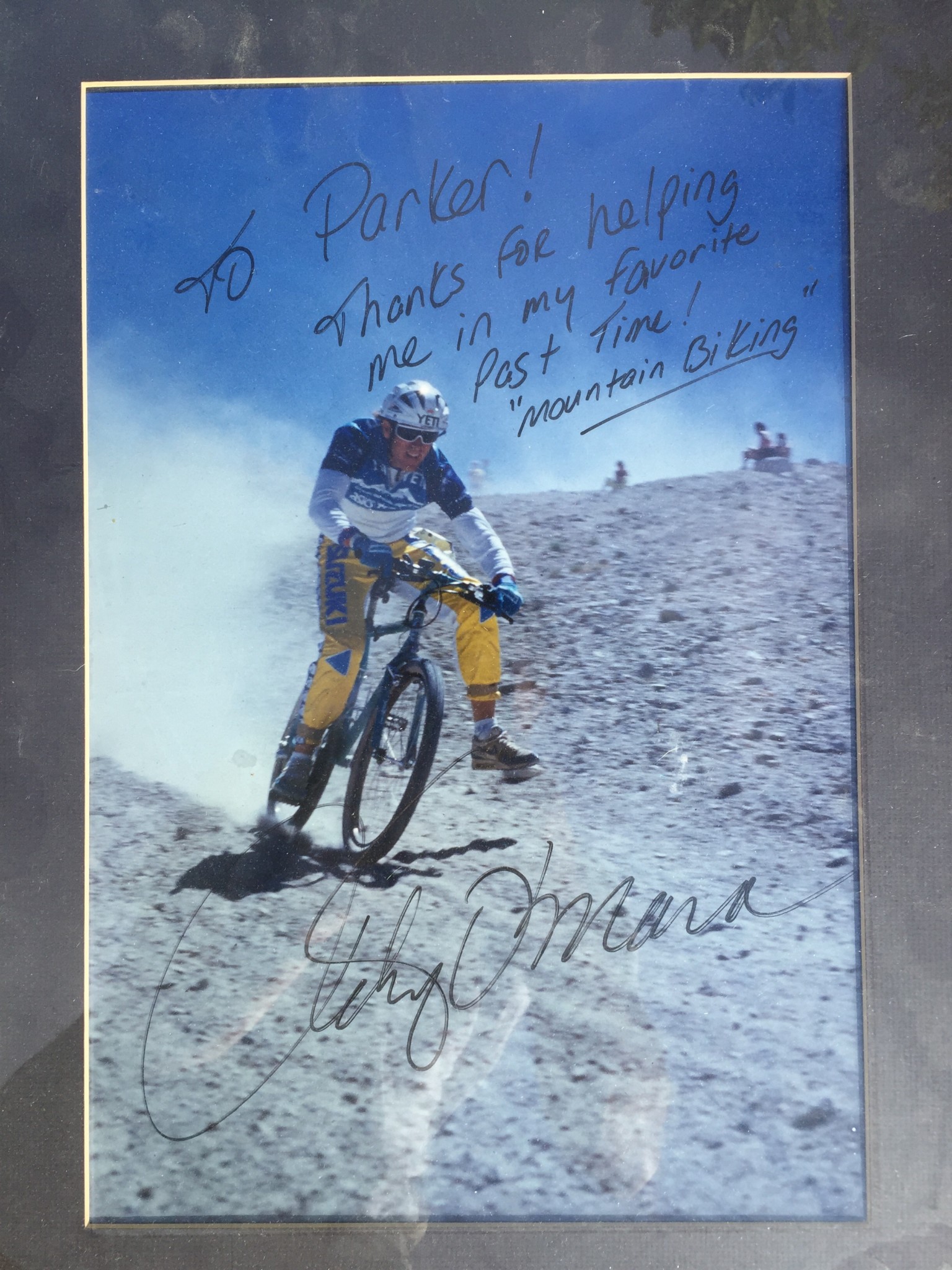 So, it’s also possible that (read: conjecture) that O’Show raced and tested this bike in the late 80s during the development of the C-26. While it’s fun to speculate about this, I don’t think I there is any definitive way to be sure about the history of this bike. Regardless, it’s freaking cool! 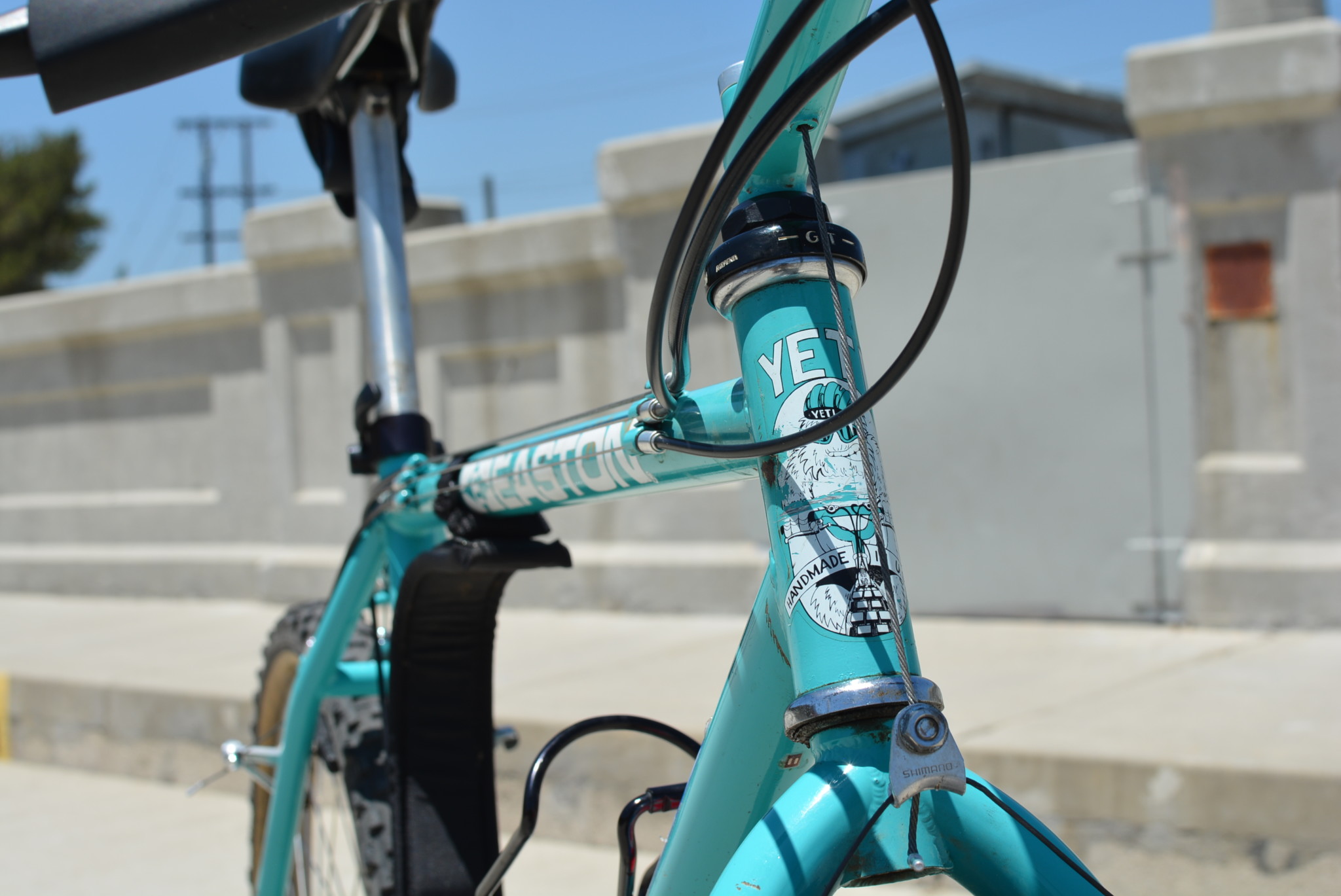 An original first gen Yeti headbadge is a rare sight among Yetis these days. 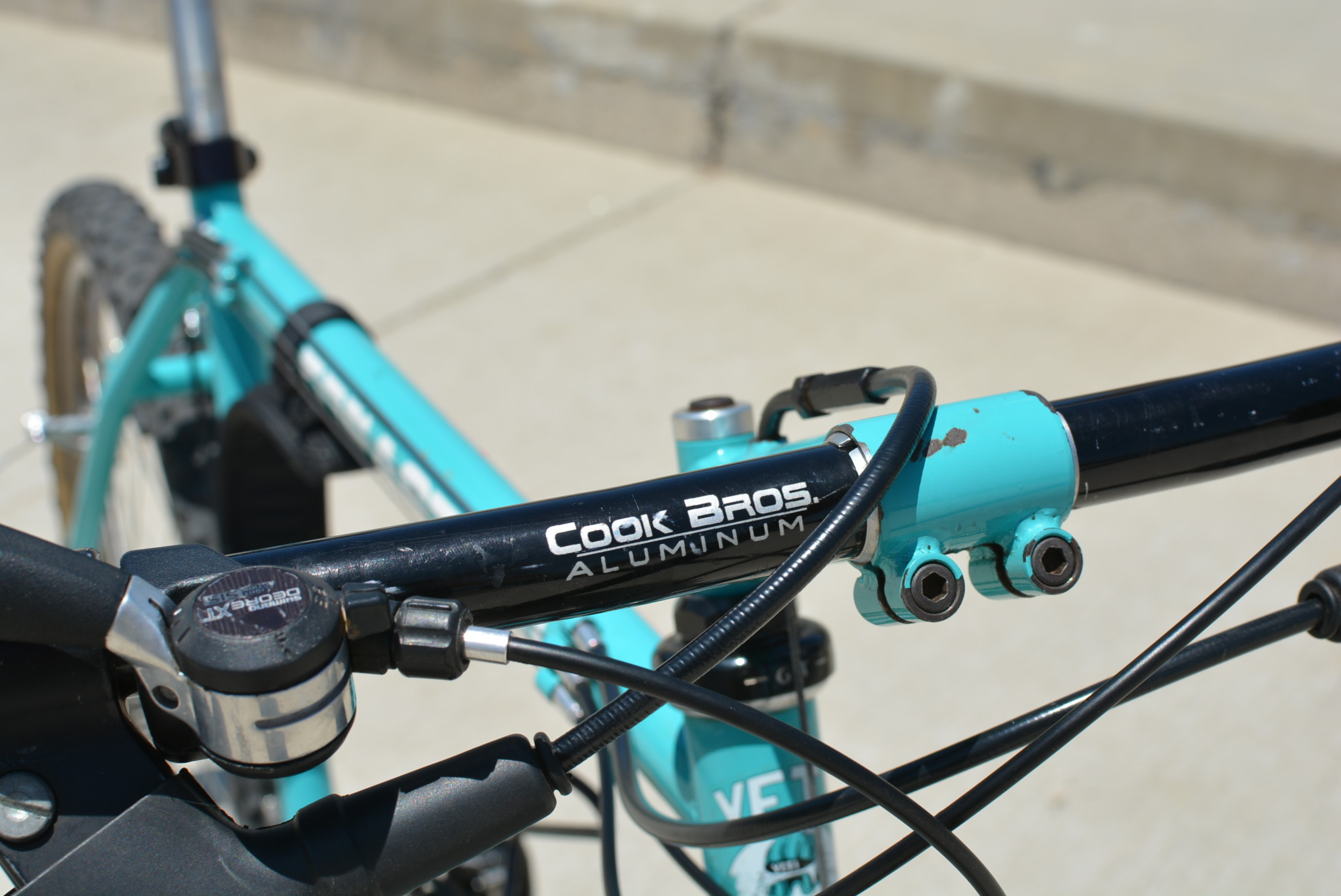 I must admit that the previous owner did a great job putting the kit together for this bike. All I can take credit for are the Cook Bros wheels, GT alloy headset (had a plastic one before) and proper Cook Bros bottom bracket. The rest of the build was done pretty much spot on before I got the bike. 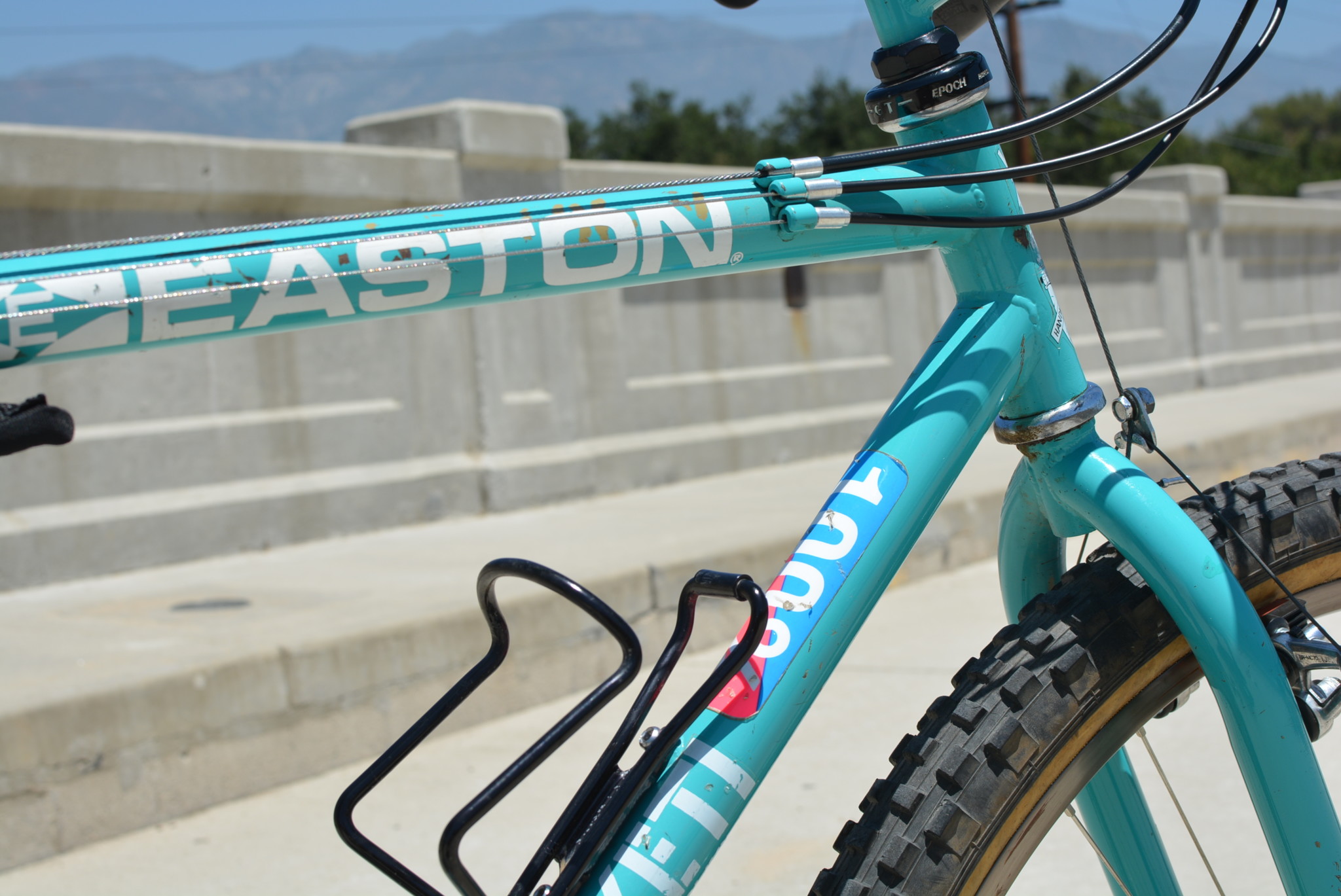 Everyone always asks why there are Easton decals on a steel Yeti. Well, Easton was a big sponsor and development partner with Yeti during those days, and so many race bikes were adorned with Easton decals even before an actual bike using Easton tubing was made. 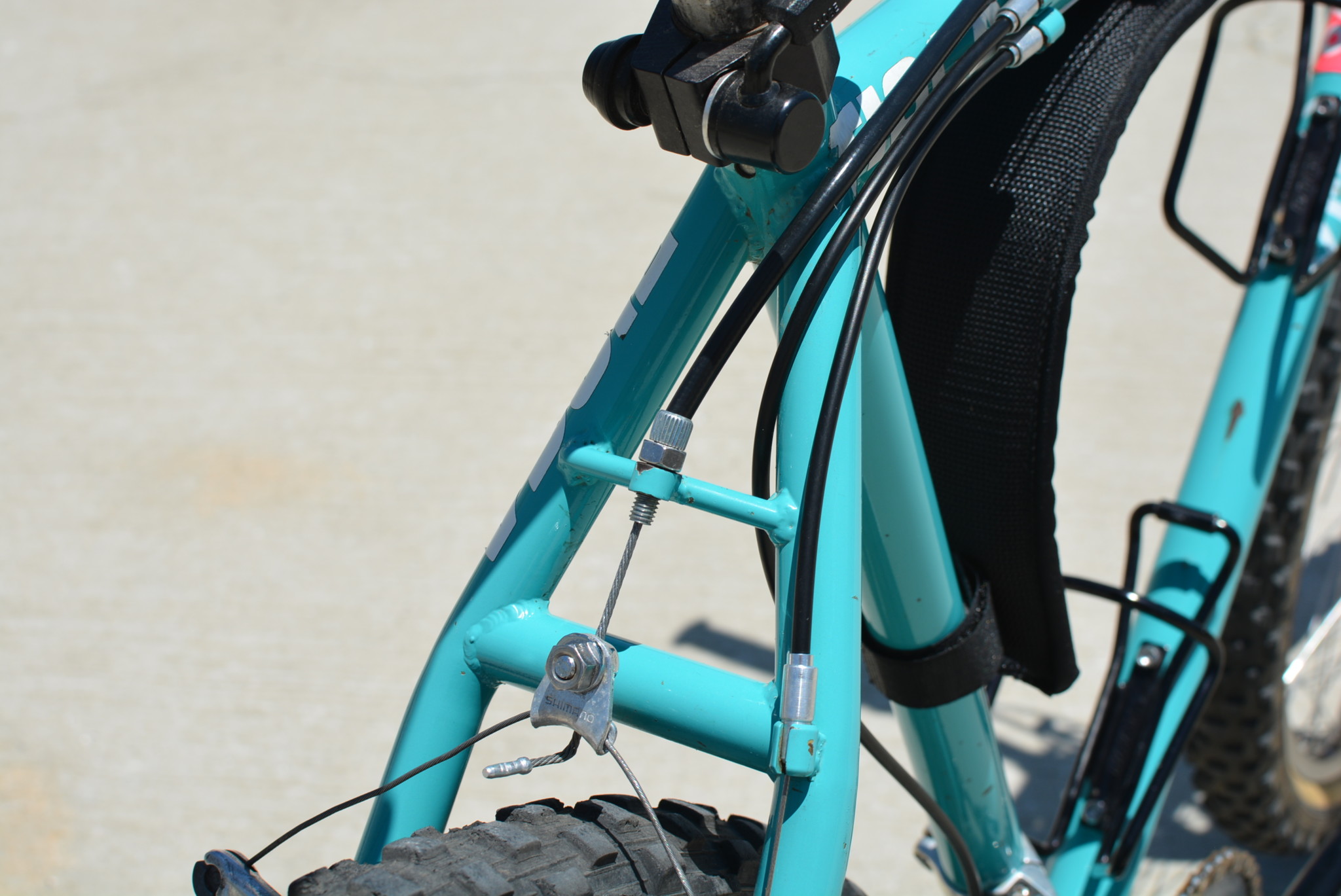 One of the differences between the very early Yetis and the rest is the wide and low rear brake cable stop. Later Yetis had a narrower cross bar moving the brake cable stop up higher on the seat stays. 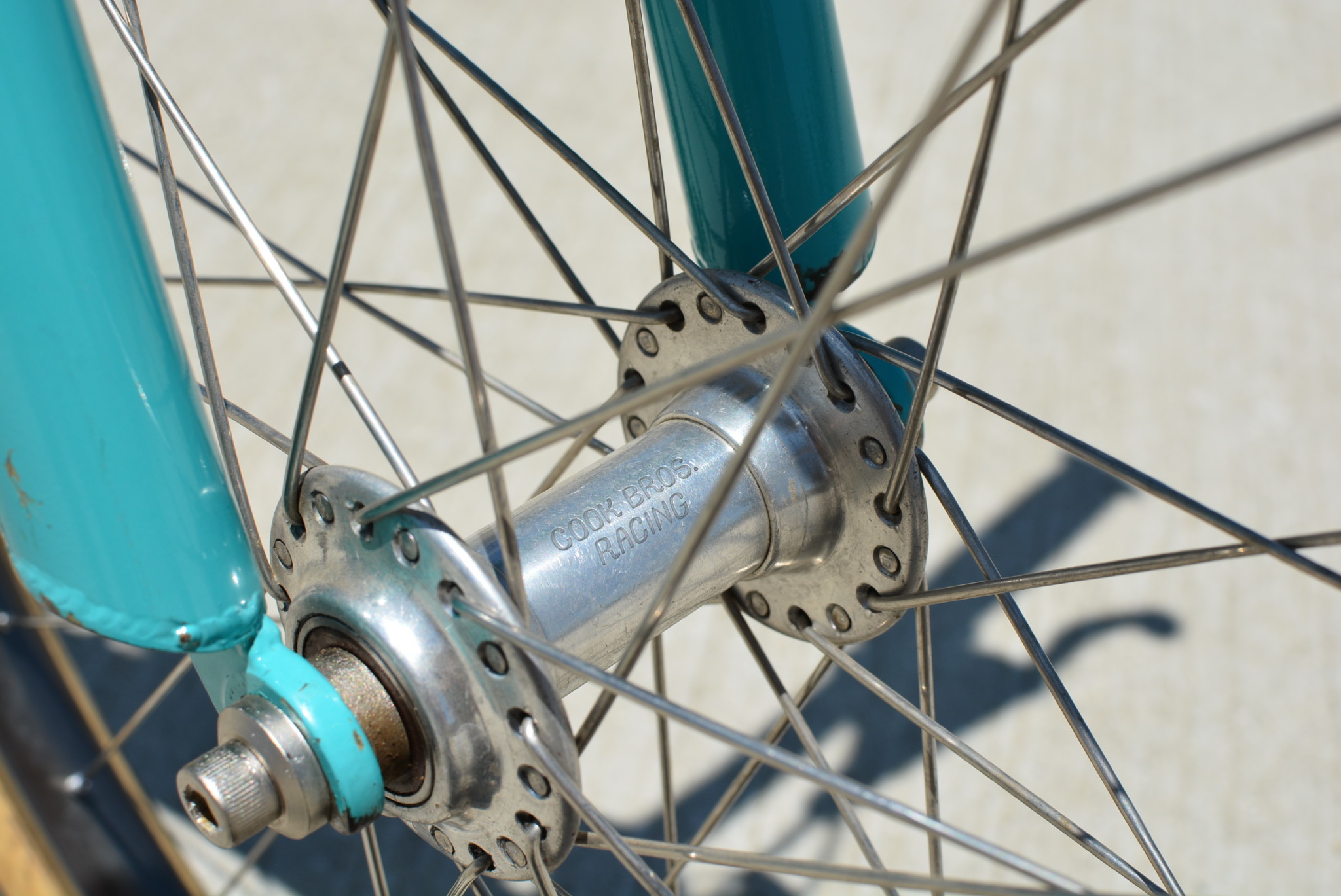 Cook Bros hubset rounds out the team inspired build on this particular FRO. 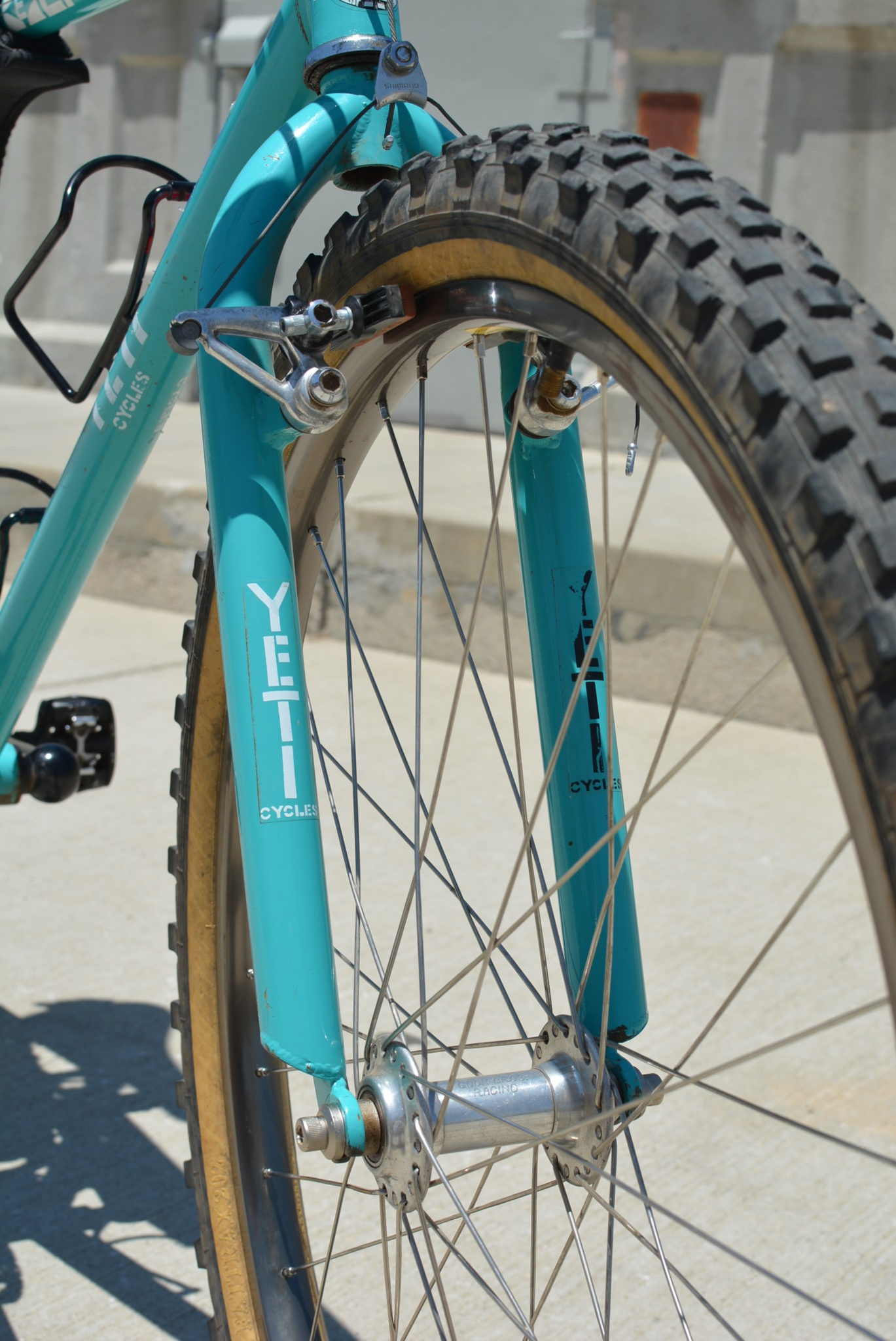 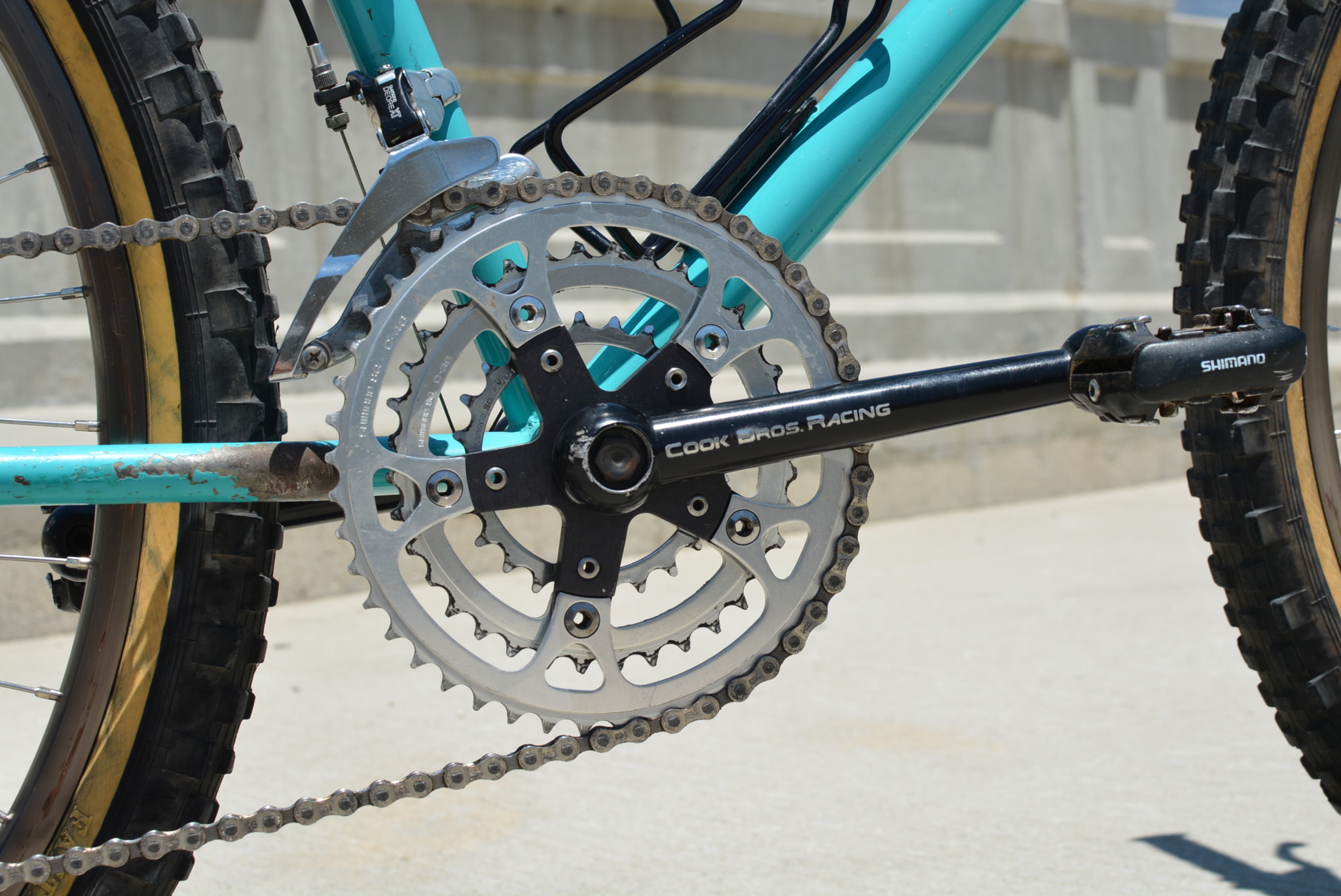 Early Cook Bros dogbone cranks were a common sight among the top end race bikes in the mid 80’s. 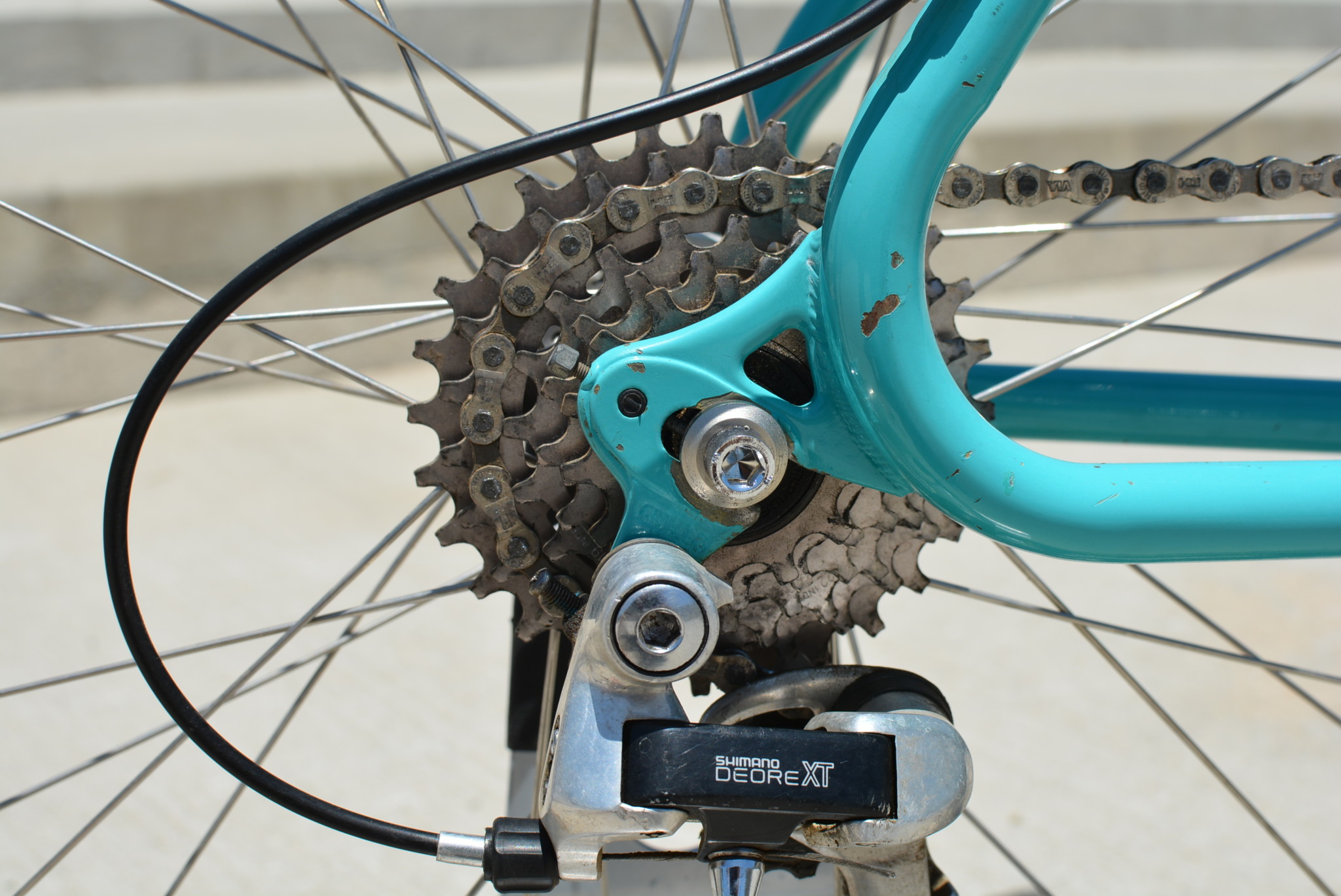 Although this bike was likely made in 1986 I opted to go with M730 XT instead of the Deerhead group. For one it works better and I hope to ride this bike, and second I imagine that racing teams would have likely upgraded their bikes over the course of the season as new components became available. 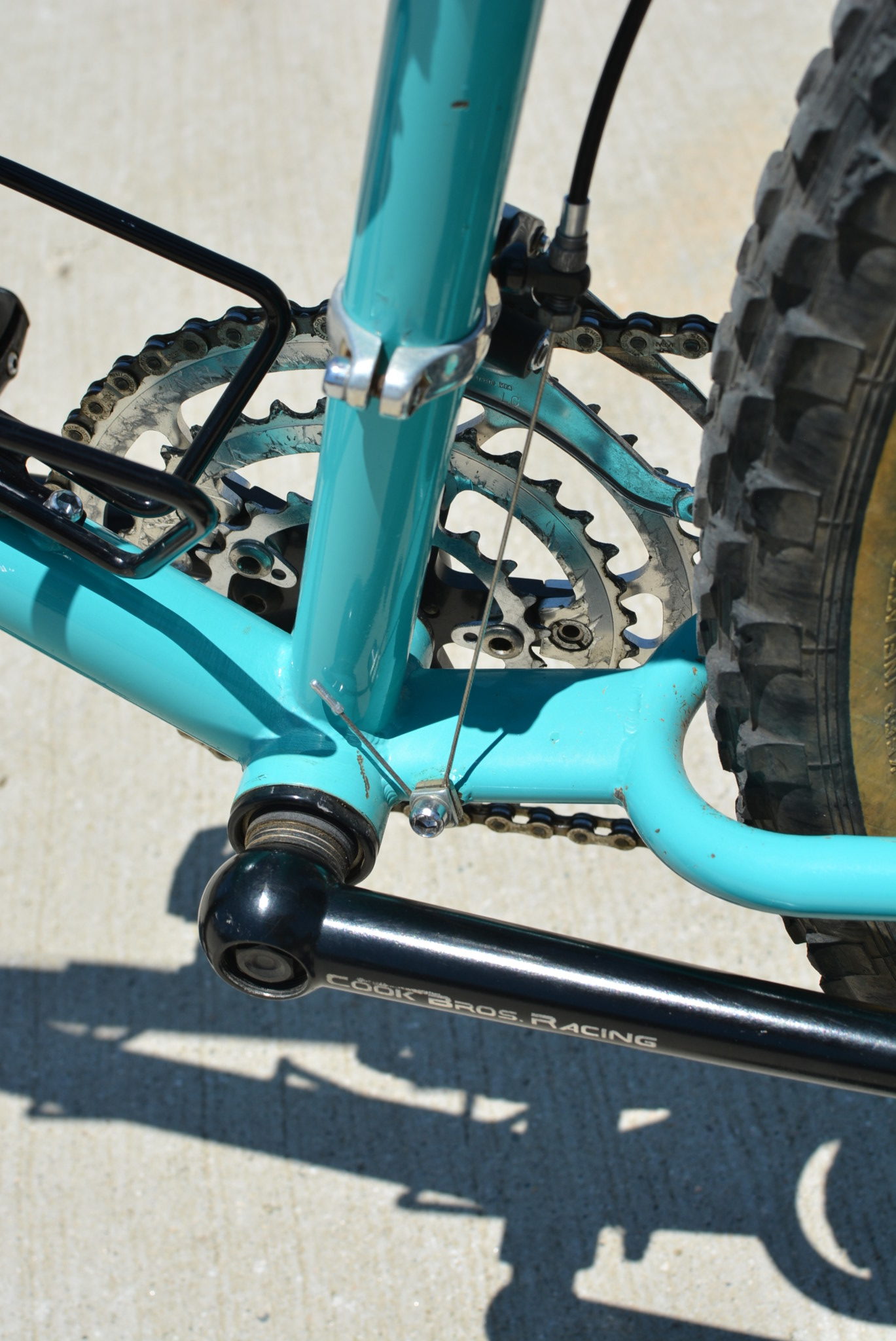 Before there was a pulley this is how the Yeti bike ‘designers’ accomplished top tube cable routing with a bottom pull front derailleur. 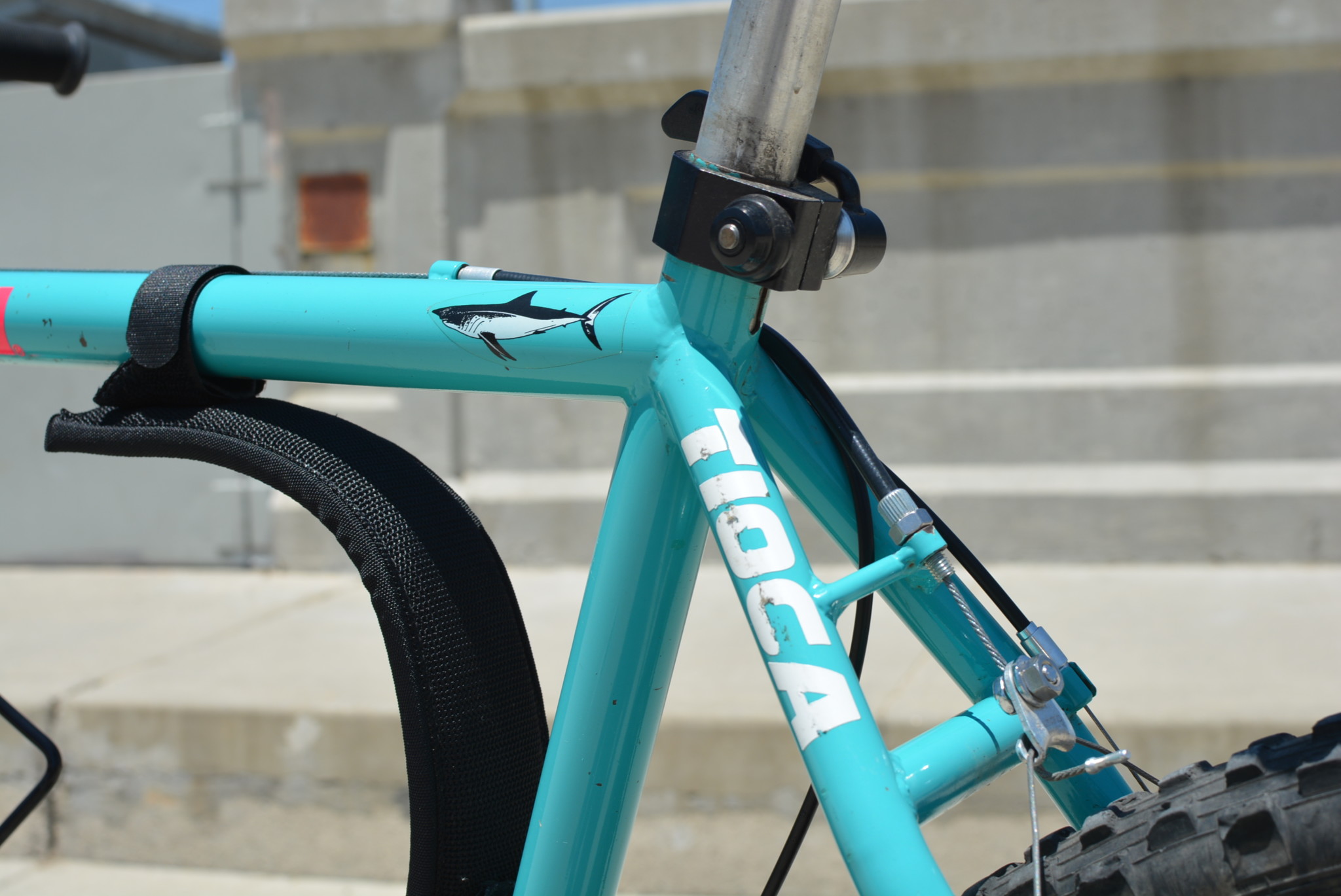 The shark decals indicates that this bike was painted by Landshark. 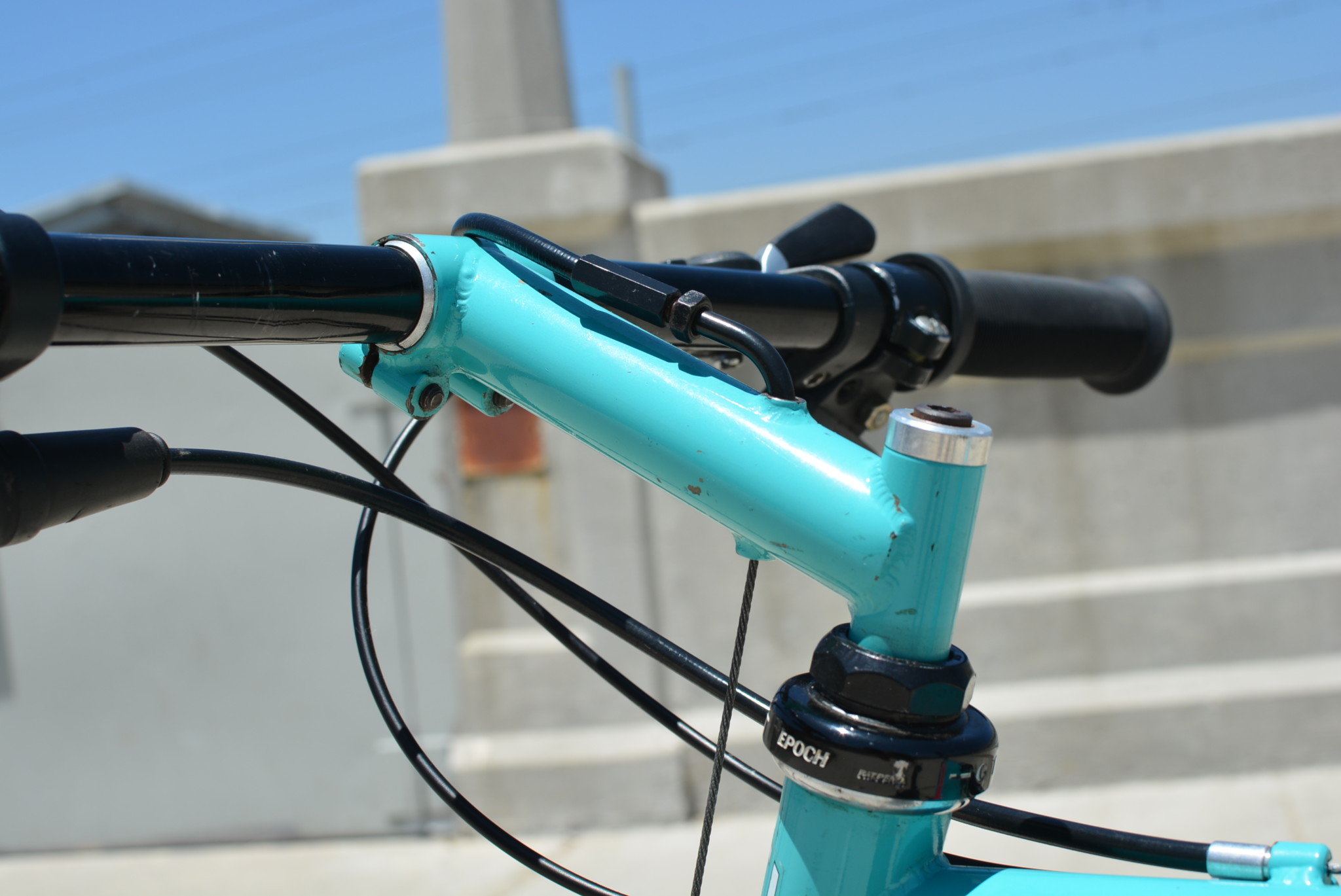 Custom Yeti stem made to work with the BMX sized fork steerer on the early Yeti forks. Contrary to common belief this was not a Cook Bros stem. 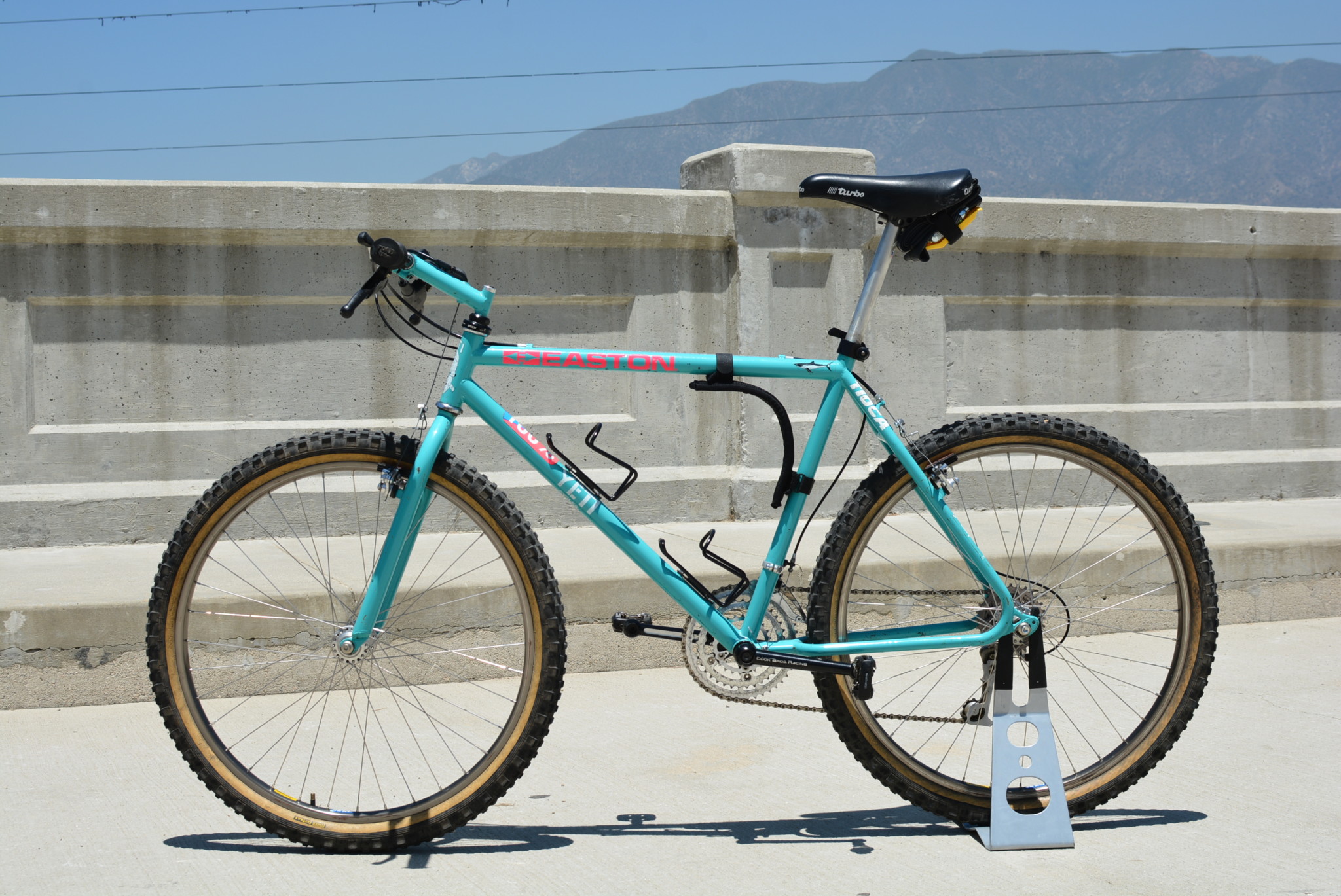 All in all there isn’t much to not love about this bike. It looks like a race bike and the more I ride it the more it feels like a race bike. It likes to go fast and if you’re willing to let go of the brakes and hang onto the bars it’s a really solid feeling machine. Though it took me a little while to start feeling comfortable on it, I’m really getting comfortable on it and look forward to putting more miles one the books.