The 1983 fillet brazed Mantis XCR was a bike essentially lost to time.

Until a few years ago there wasn’t even a single example in the hands of collectors and aside from a bike rumoured to be located in an annex of the Shimano museum in Japan nobody had even seen one. According to the Mantis catalog the fillet brazed XCR was only built for one year, and was subsequently replaced by the composite (Aluminum/Steel) version of the bike most of us are familiar with. After speaking with Richard he implied that he only built 7-10 of these bikes during that first year, at this point five of these rare bikes have been found. Based on the serial numbers there could be up to 9 bikes out there so maybe a few more remain in the wild.

The rarity factor of this bike is perhaps only undone by the fact that from a distance it is virtually indistinguishable from the Sherpa which is a somewhat more common of the early Mantis bikes. The two bikes only differ by the slightly more aggressive geometry of the XCR, 17″ chainstays vs. 18″ on the Sherpa and a longer standard top tube for a more racy feel. Apparently both the Sherpa and XCR share dual 72/72 degree head tube and seat tube angles, something I thought was not the case. Other small changes include removal of any extra braze ons and rack mounts on the XCR as it was built to be a racing rather than touring bike.

One the more alluring features of both the XCR and Sherpa are the ridged fillets along the junctions of the main triangle, most notably on the top tube. These fillets really showcase RCs craftsmanship and the attention to detail that he put into his bikes.

This particular XCR is original survivor that seems to have not seen much use, which is good as I’ve heard that both the XCR and Sherpa were somewhat prone to failure if ridden hard. Aside from a few part changes the build is virtually 100% original and as RC would have spec’d it back then.

Unique to early Mantis bikes are the Mantis S-1 stem featuring a cool triangular faceplate with internal cable routing, a Mantis Aluminum handlebar, custom seat post made by Richard by taking a Shimano DX BMX seat post head and pressing it into a longer 26.8mm Aluminum shaft, and a custom 2x drivetrain accomplished by modifying a Campagnolo Strada track crankset by adding a granny gear. For reference this bike originally came with a set of Specialised triple cranks (flag cranks) which were an option, but I felt the Campy cranks looks much cooler. 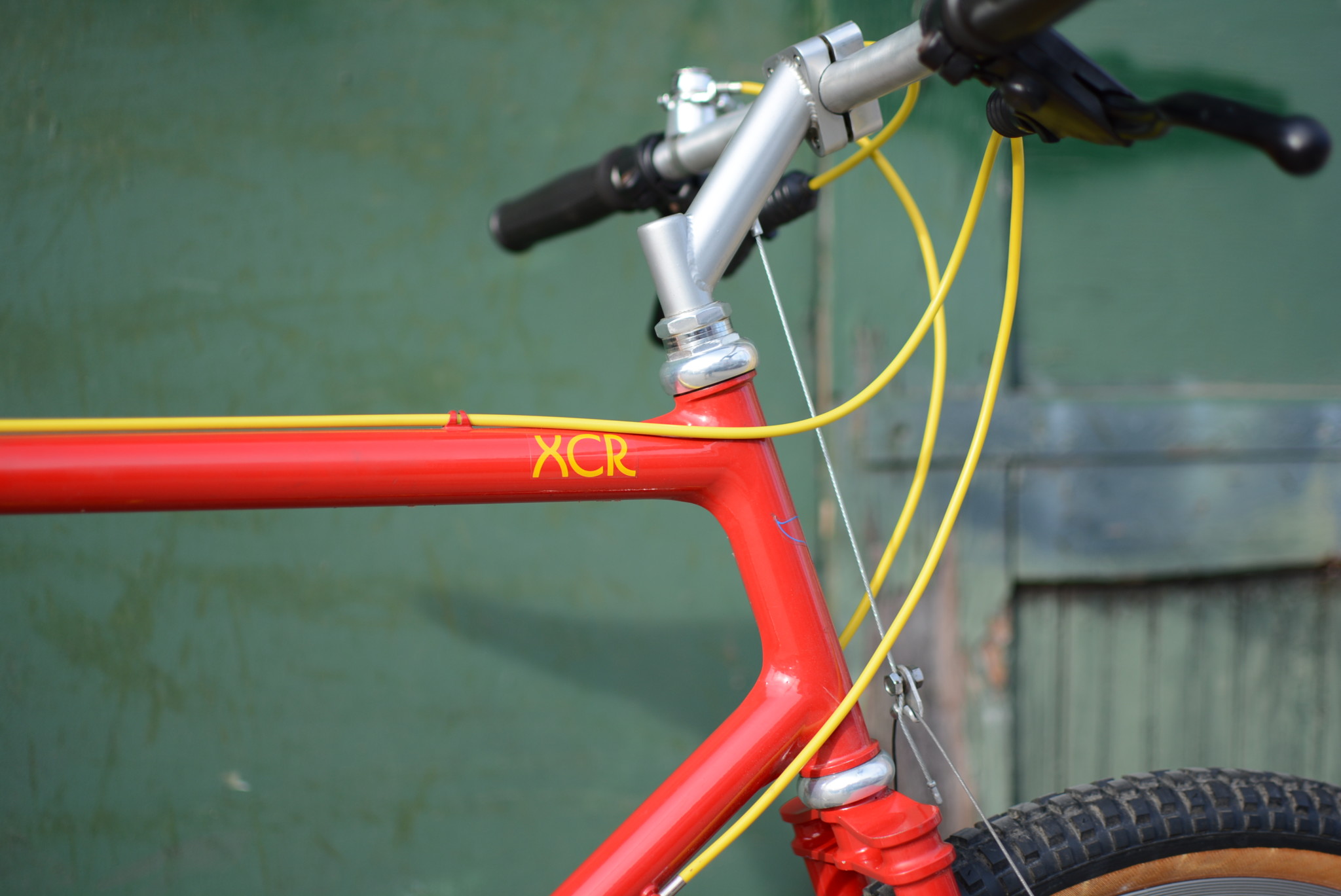 Side view of the ridged or raised fillets, really makes for a smooth transition between the tubes. 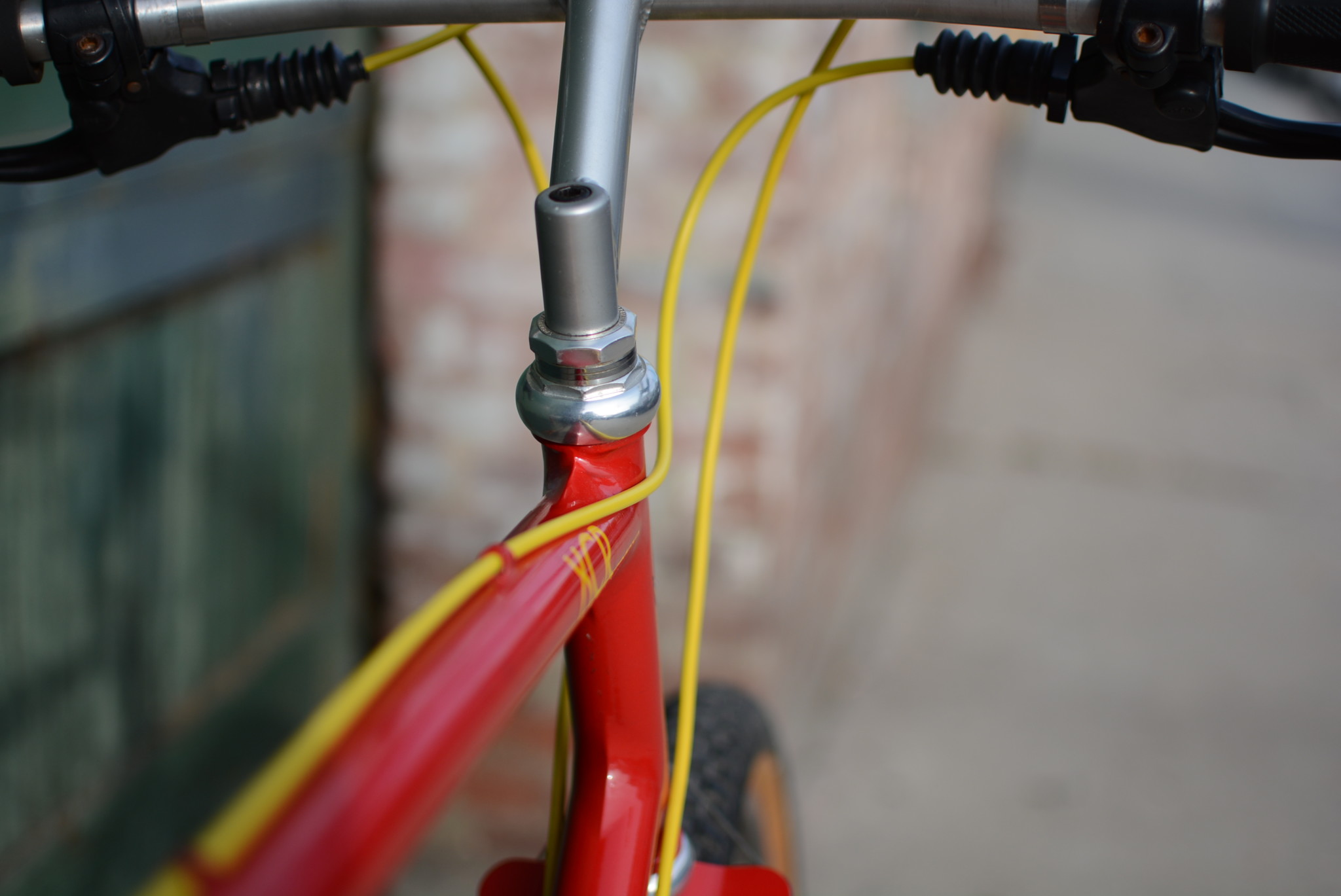 Here you can see a bit more detail on the ridged fillet on the top tube to head tube junction. 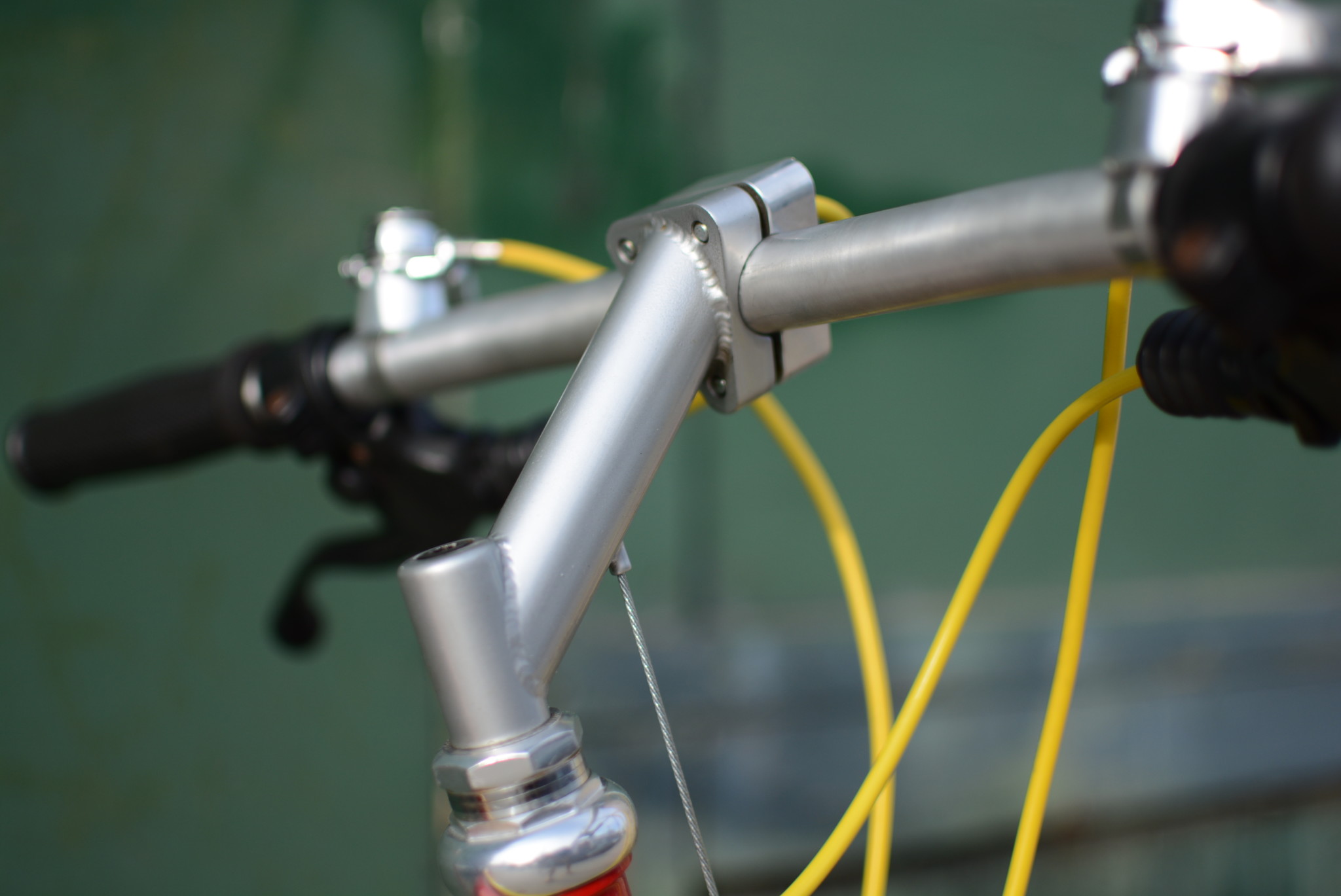 The steam is really a piece of work, I suppose RC could have fillet brazed it as well, but in a way the raw welds give leave the spotlight on the frame and form and in that regard complement it well. 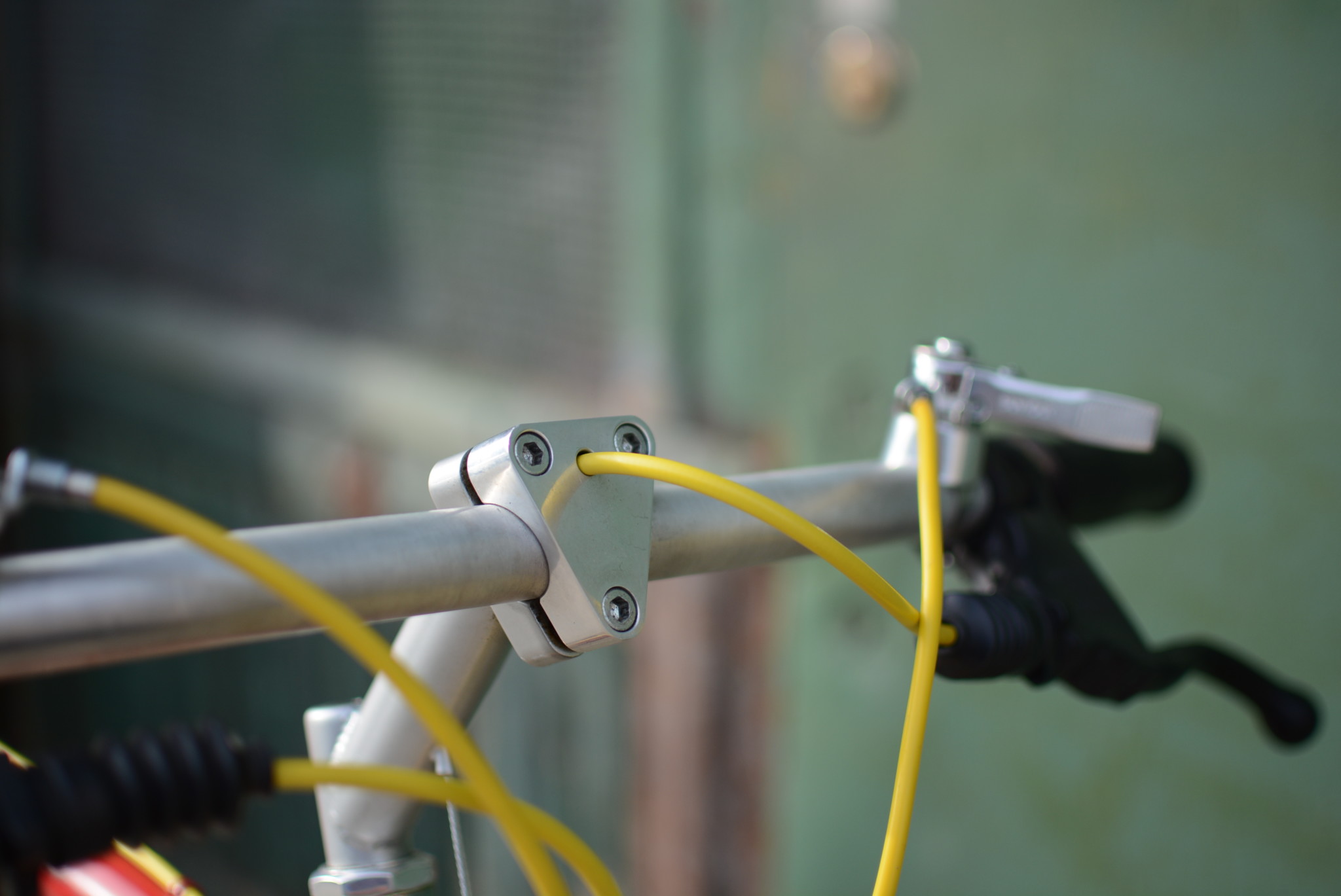 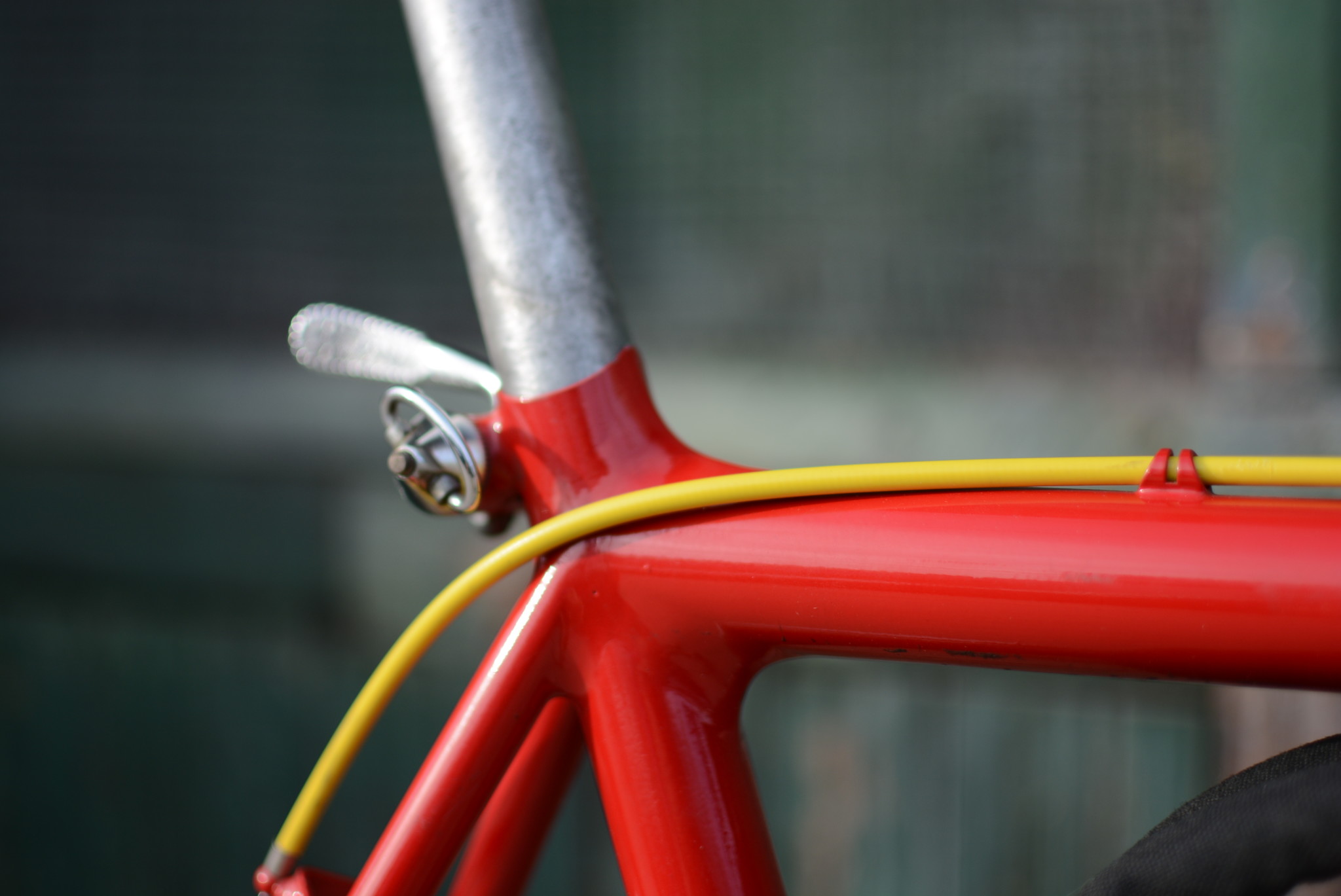 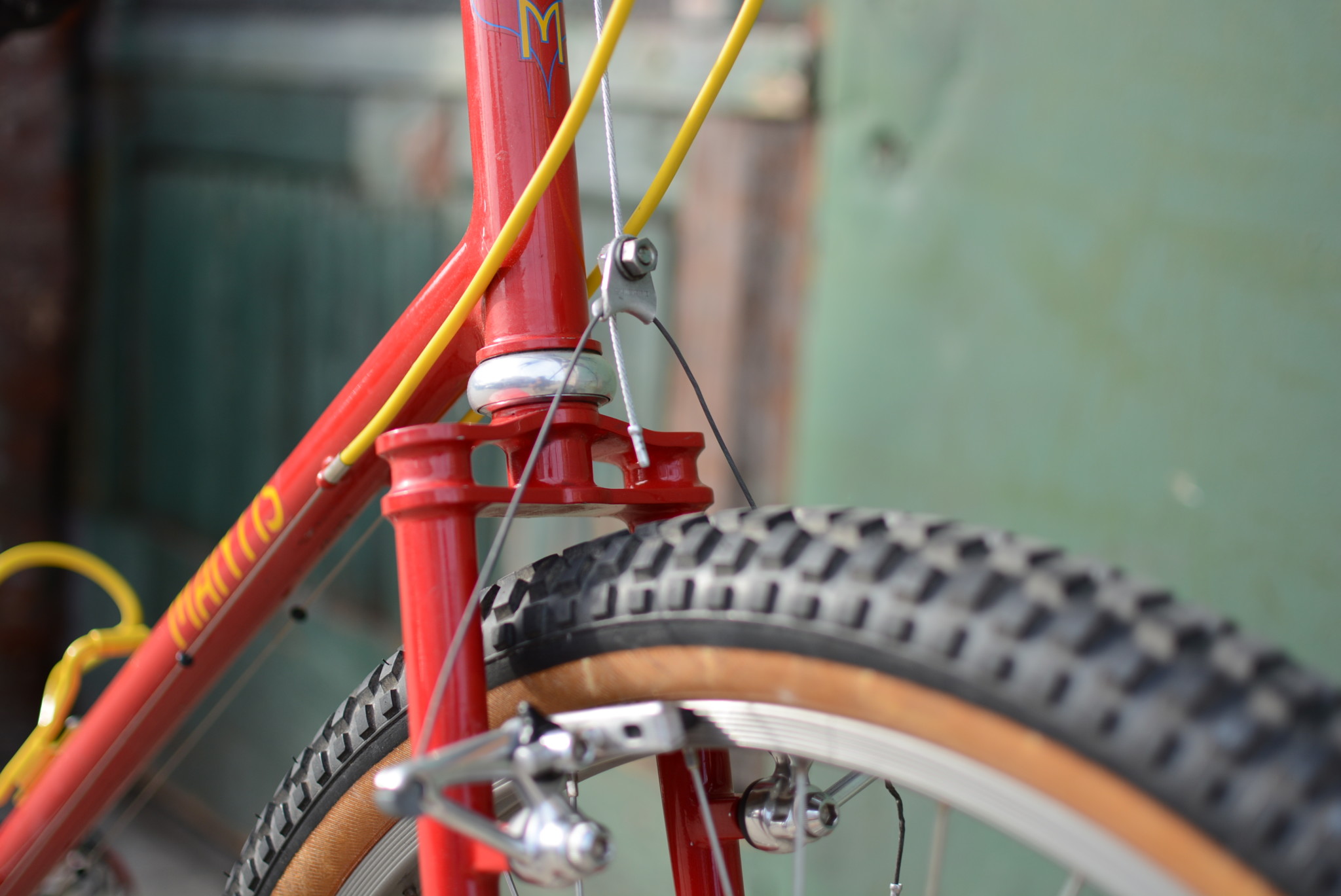 Very few of these Bi-Plane forks survived actual off-road use and so it’s an added bonus that this bike still has the original fork, which coincidentally has a matching serial number to the frame. 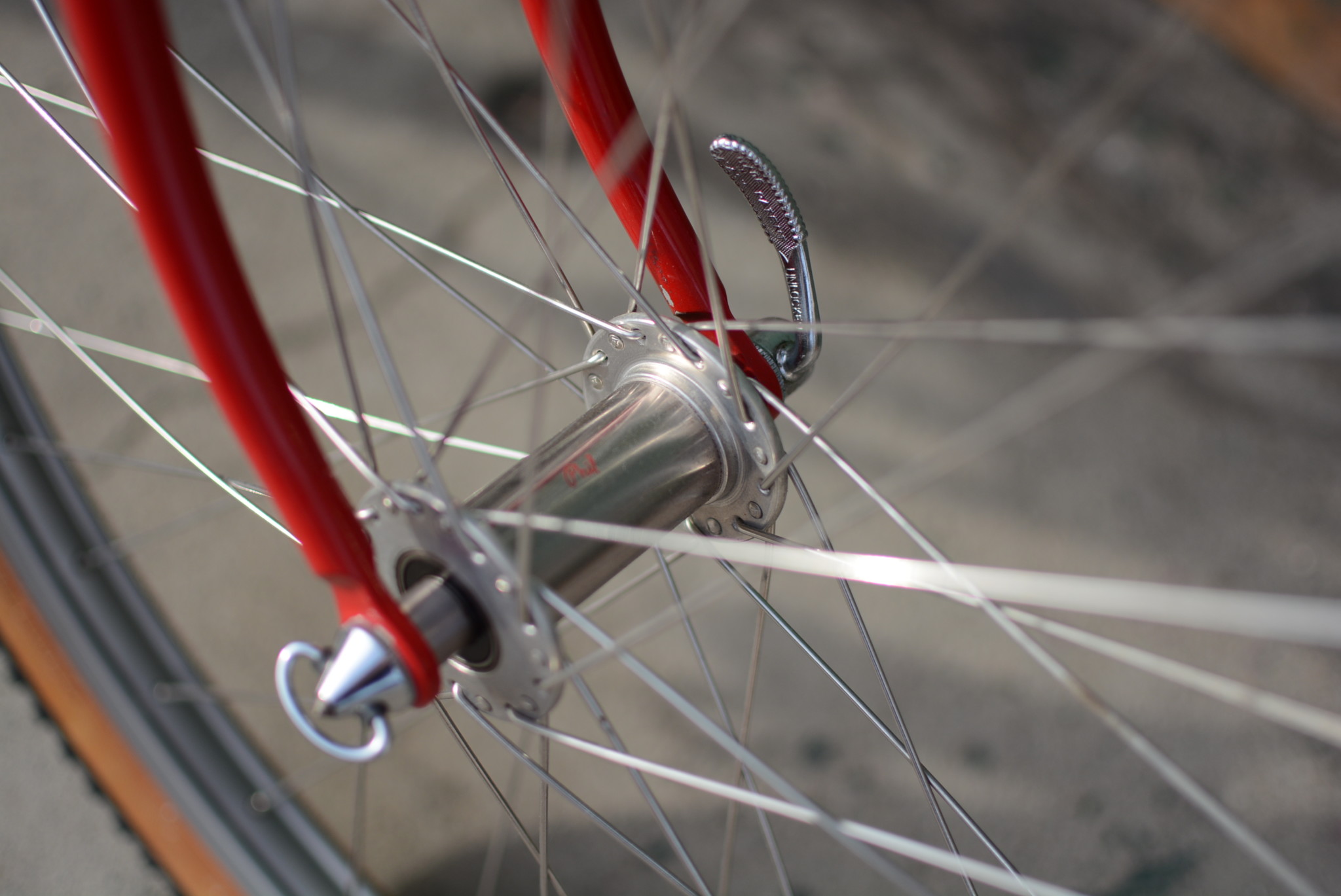 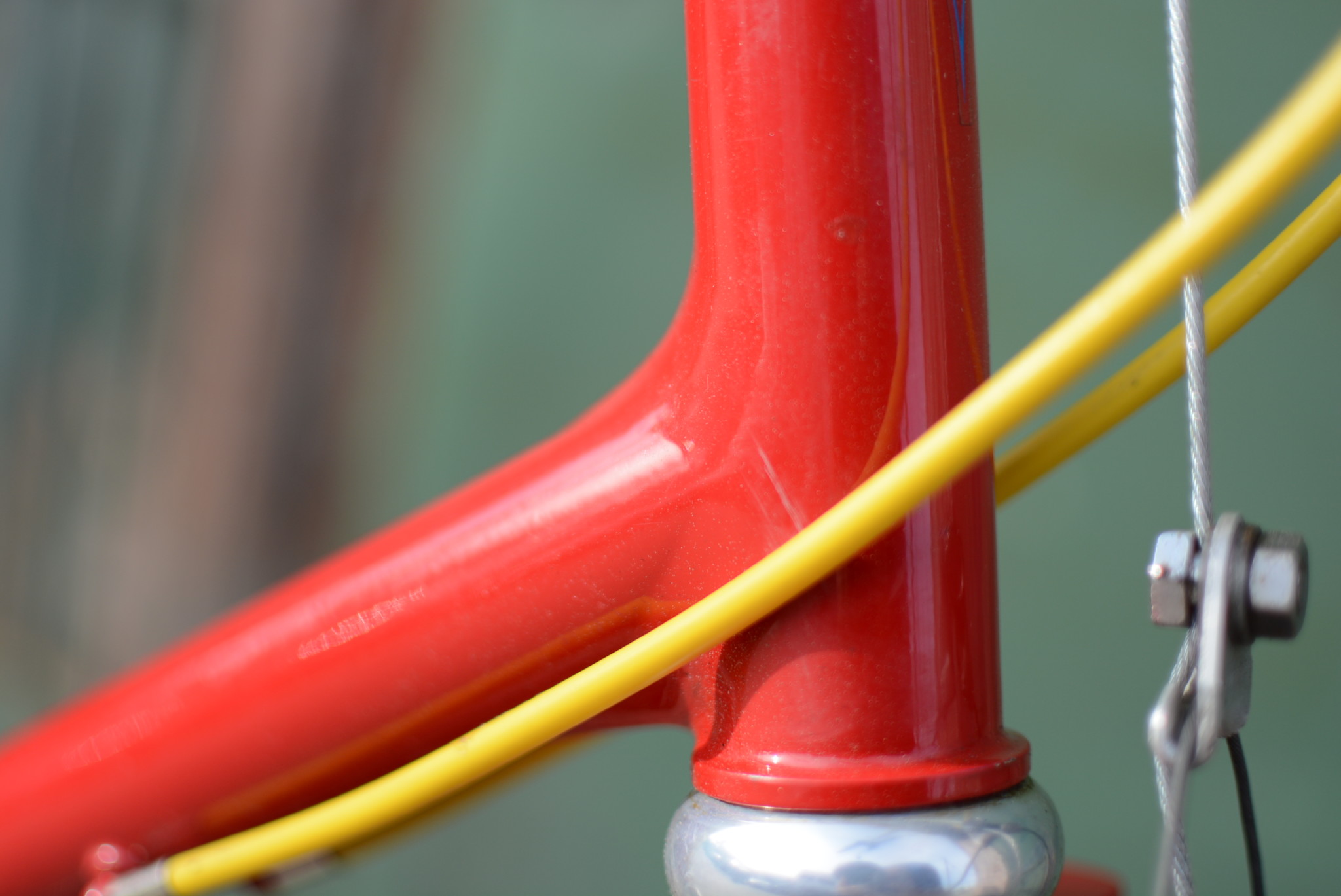 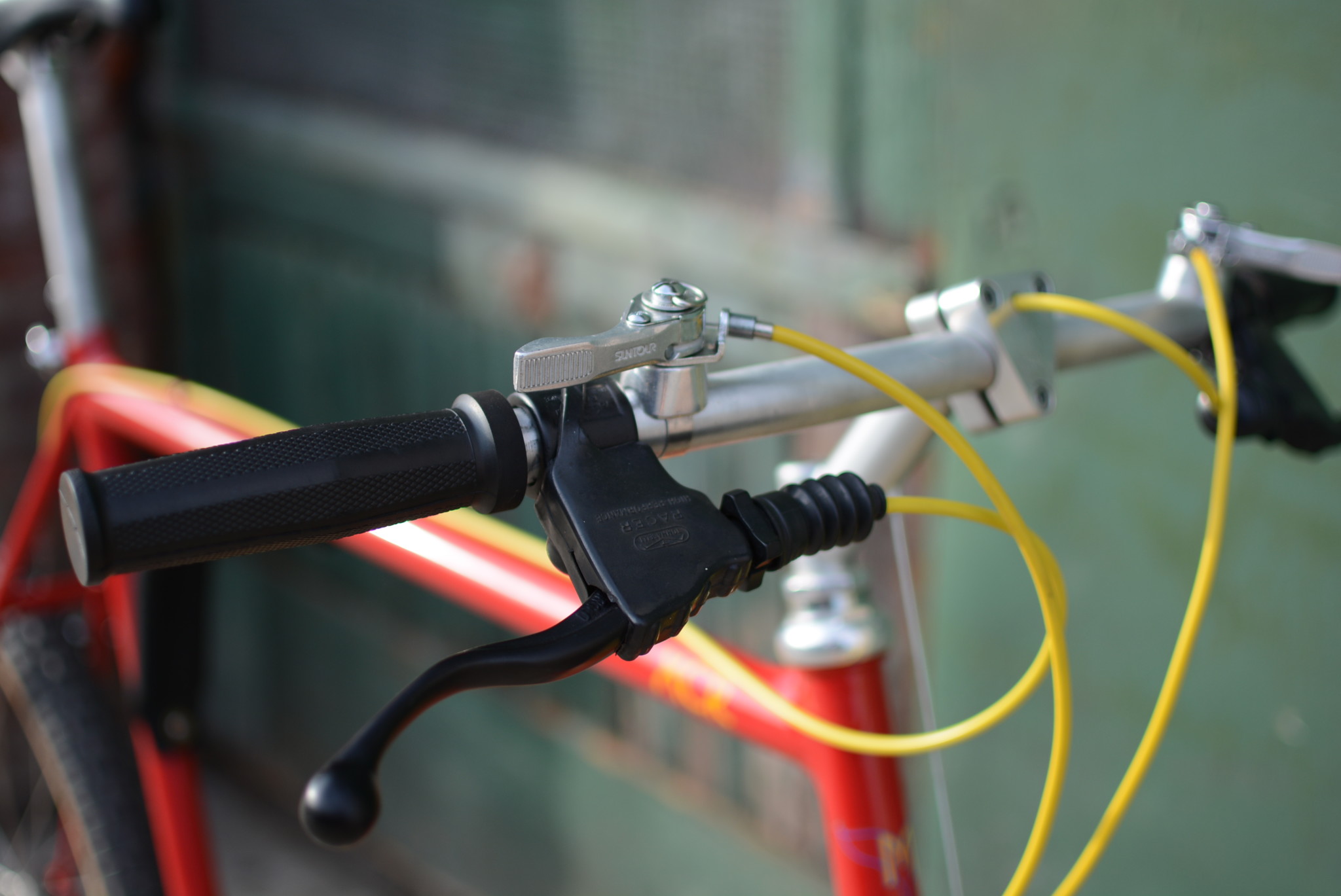 I opted for Tomaselli levers on this build in lieu of the more common Magura levers, I guess I just prefer the look of these levers. Suntour XC shifters round out the cockpit controls, no index shifting here! 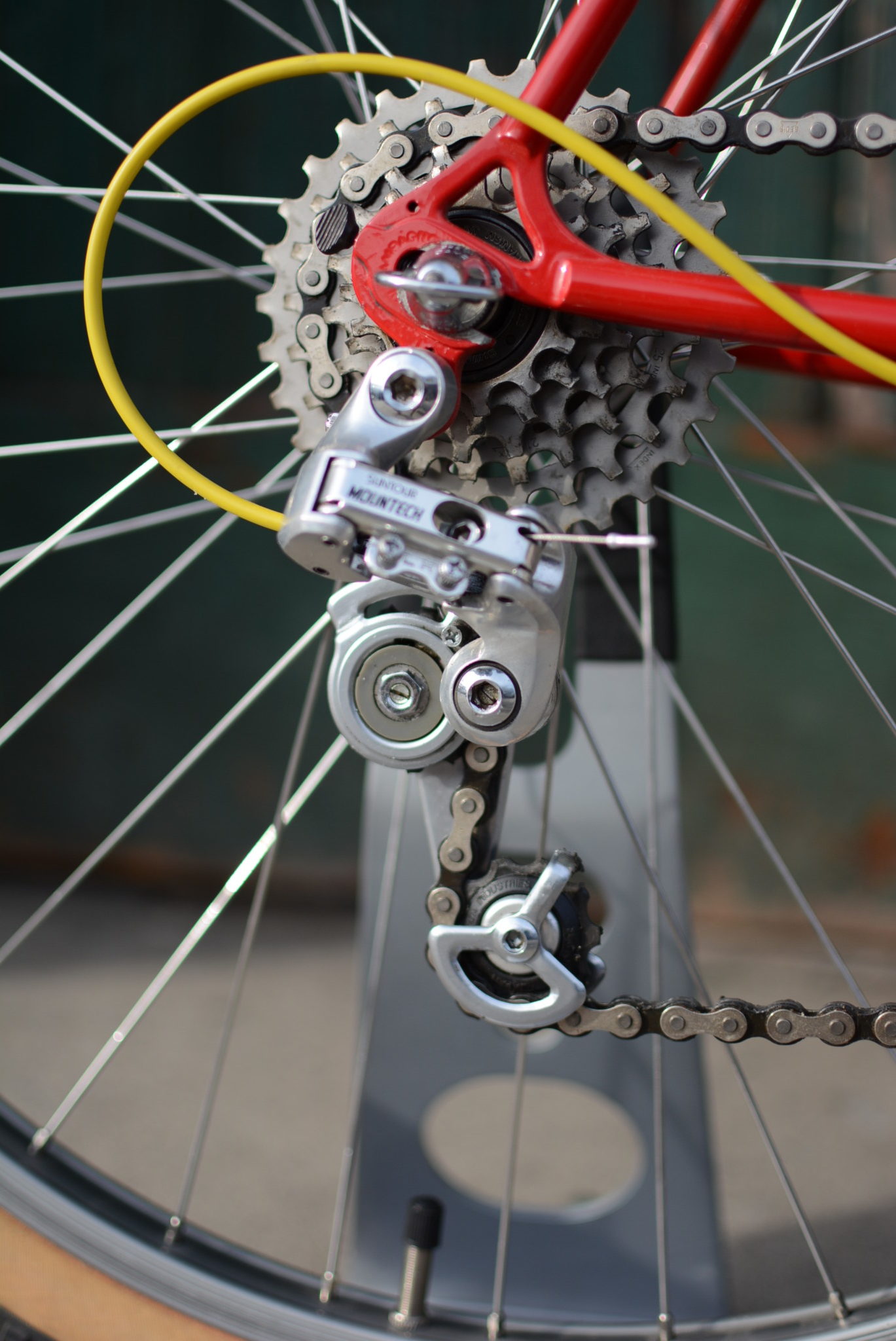 The Suntour Mountech rear derailleur is one of the most complicated and yet poorest performing rear derailleurs of the era. I can’t imagine how that thing works in the mud, under load in race conditions. Then again, nothing really worked that well back in those days and I suppose that’s a part of the charm, isn’t it? 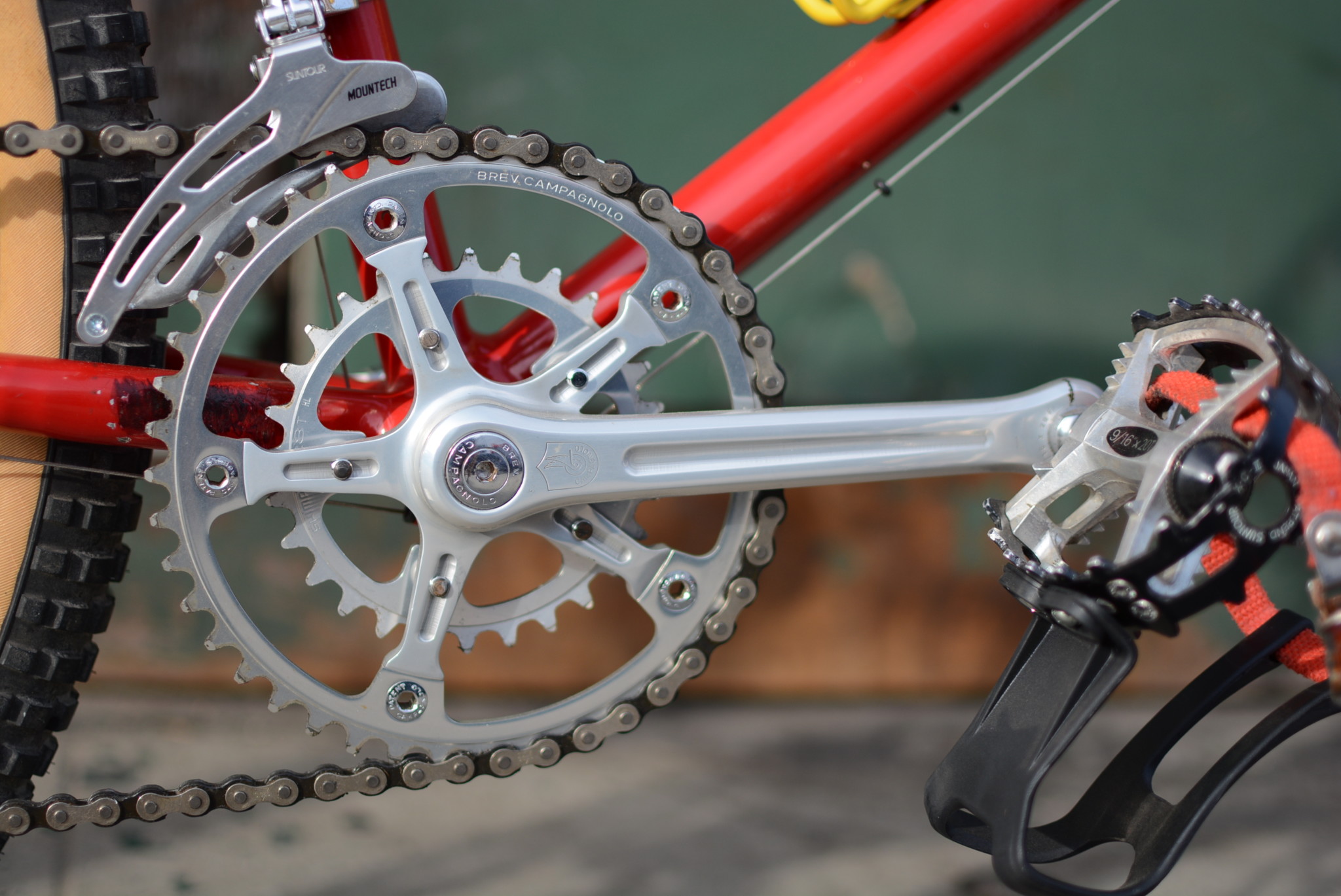 Bit more detail on the custom Campagnolo cranks, shifting on this bike is a combination of Russian roulette and a contact sport. I’ll take the penalty on the plastic top clips, just not a huge fan of the metal ones. 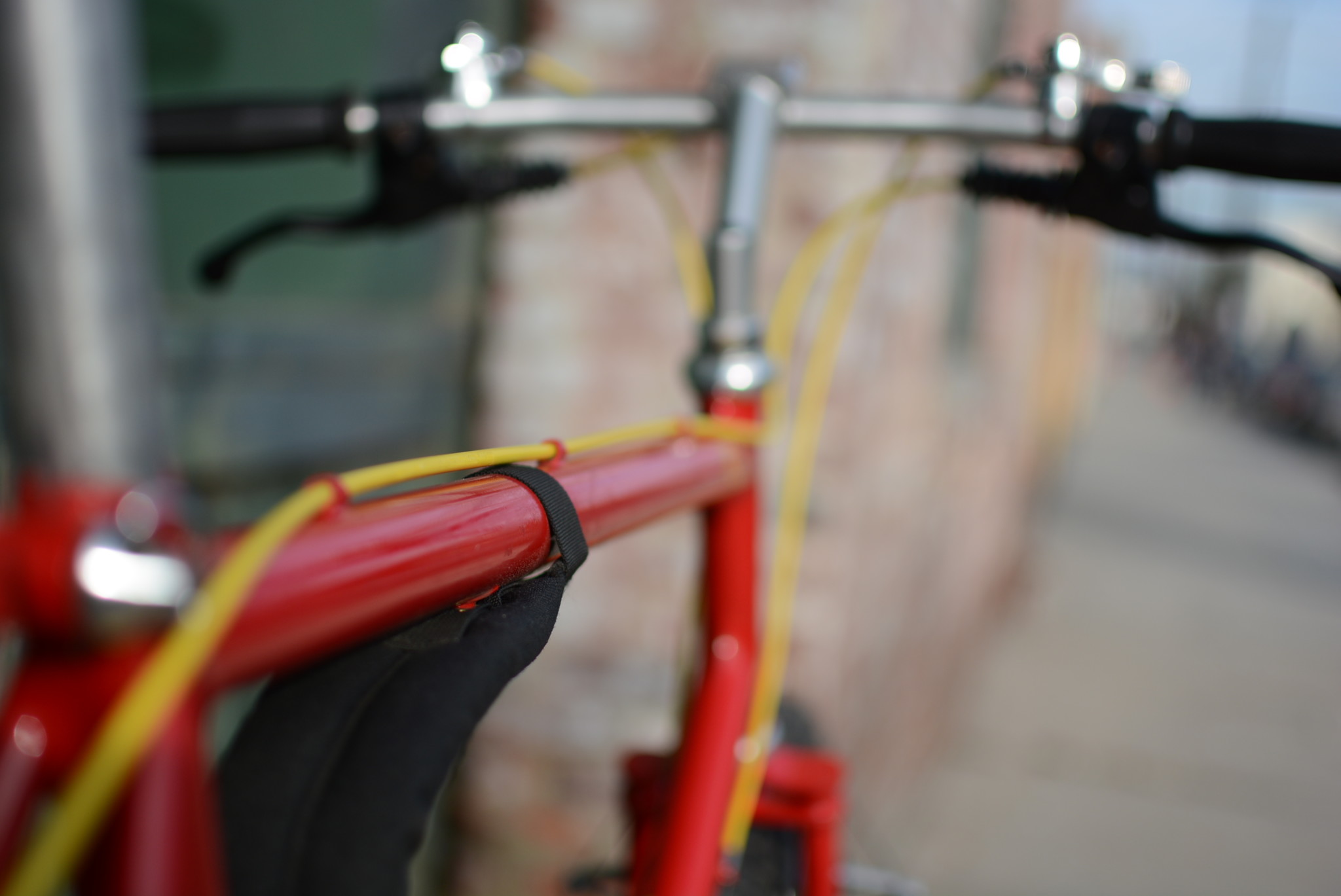 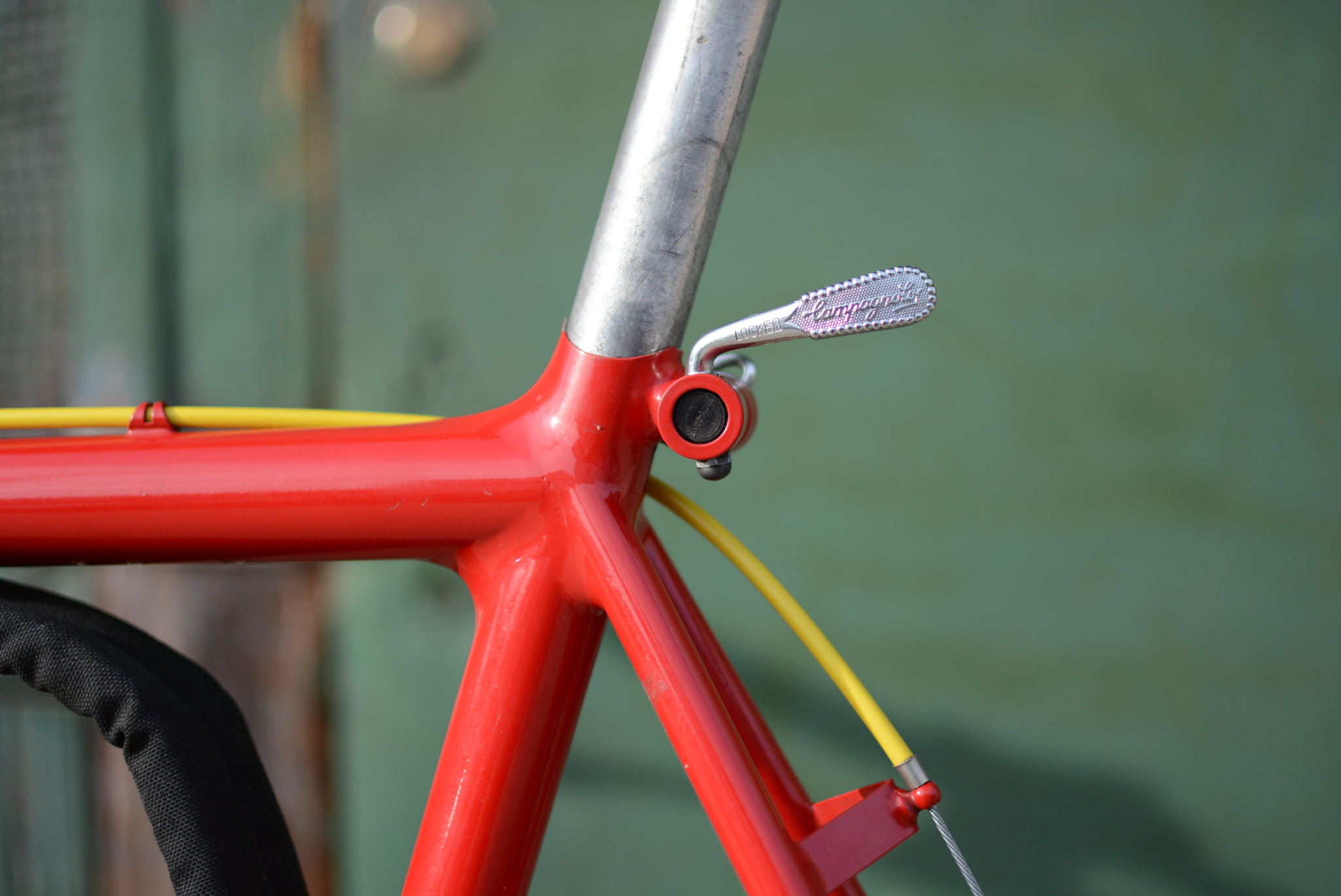 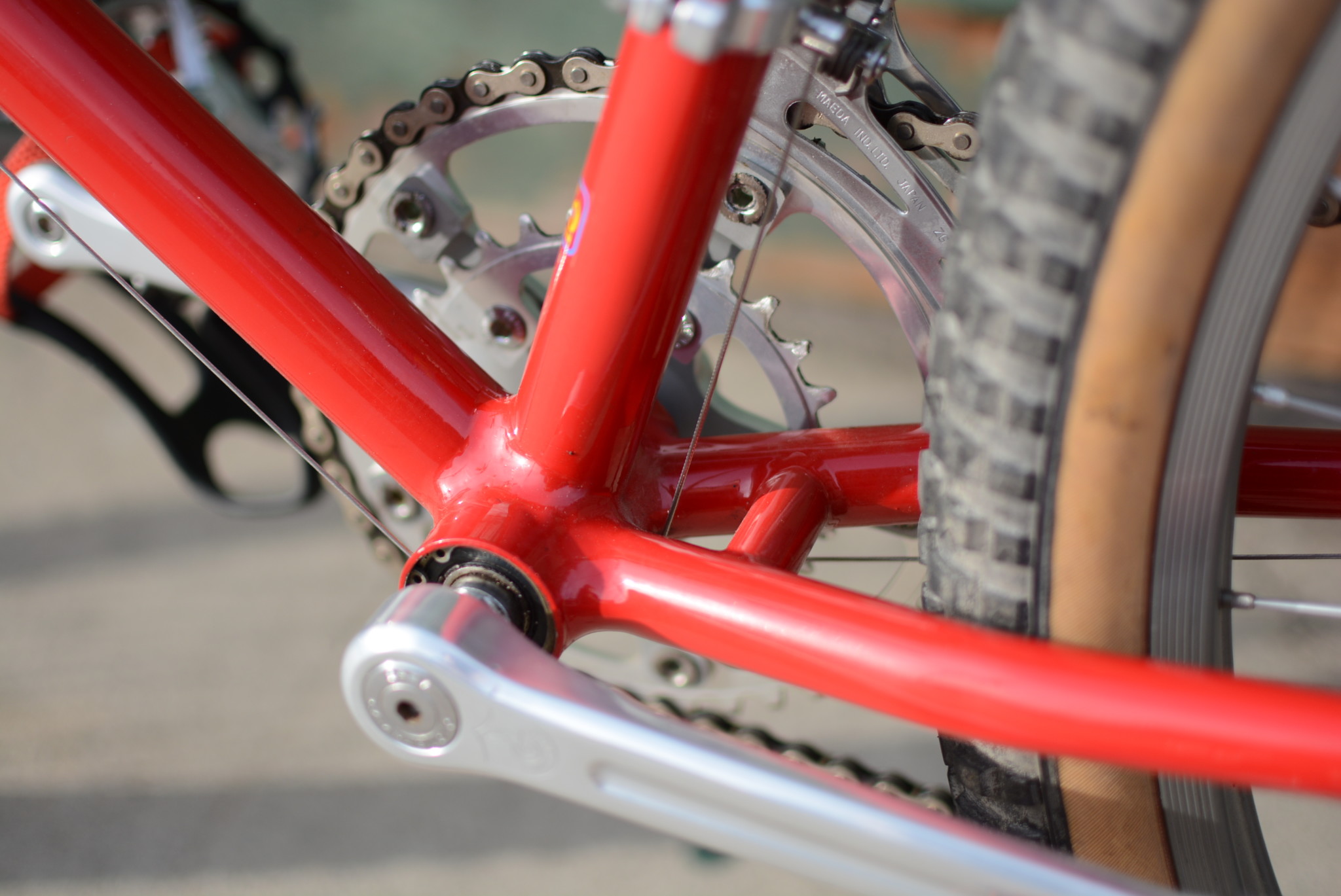 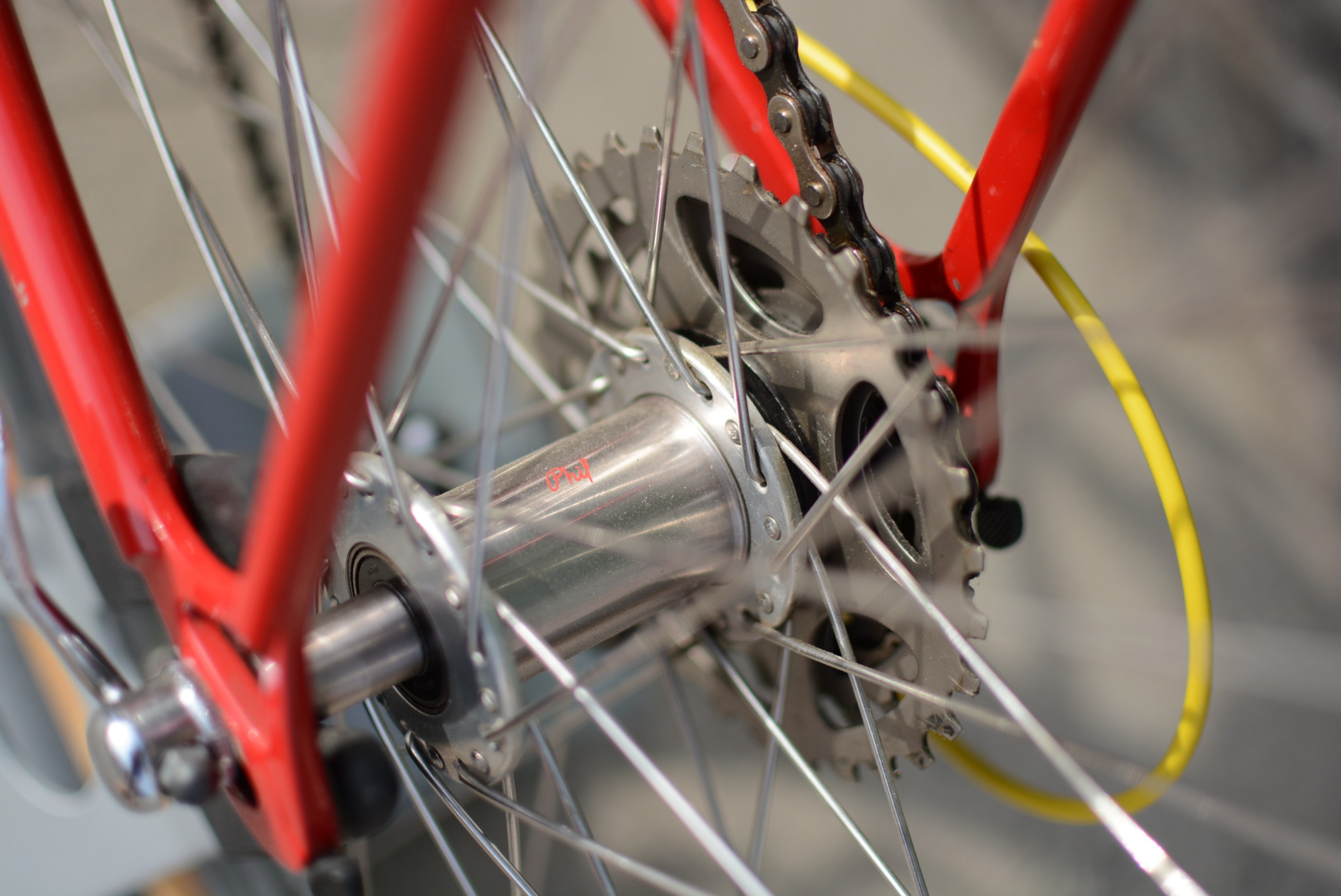 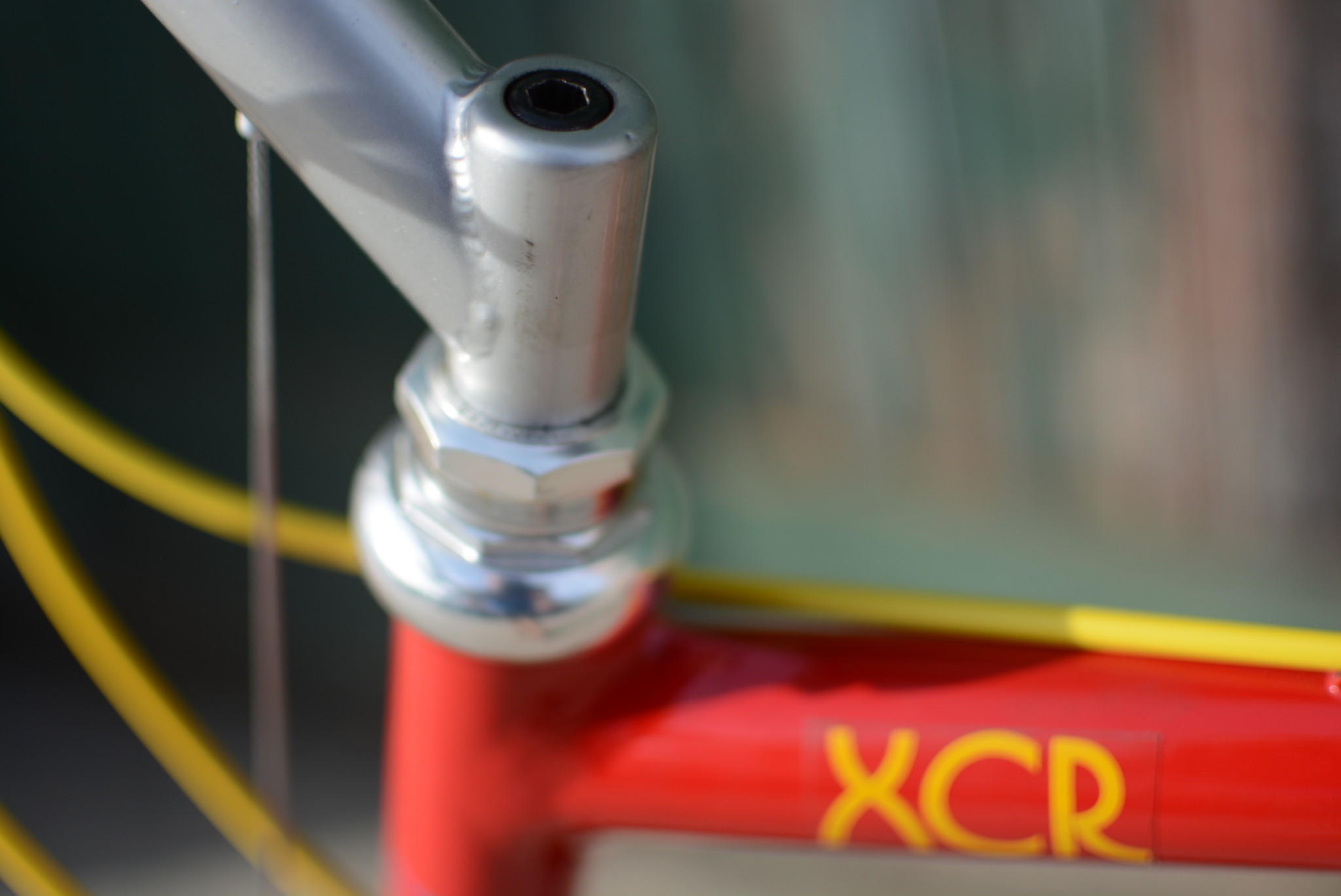 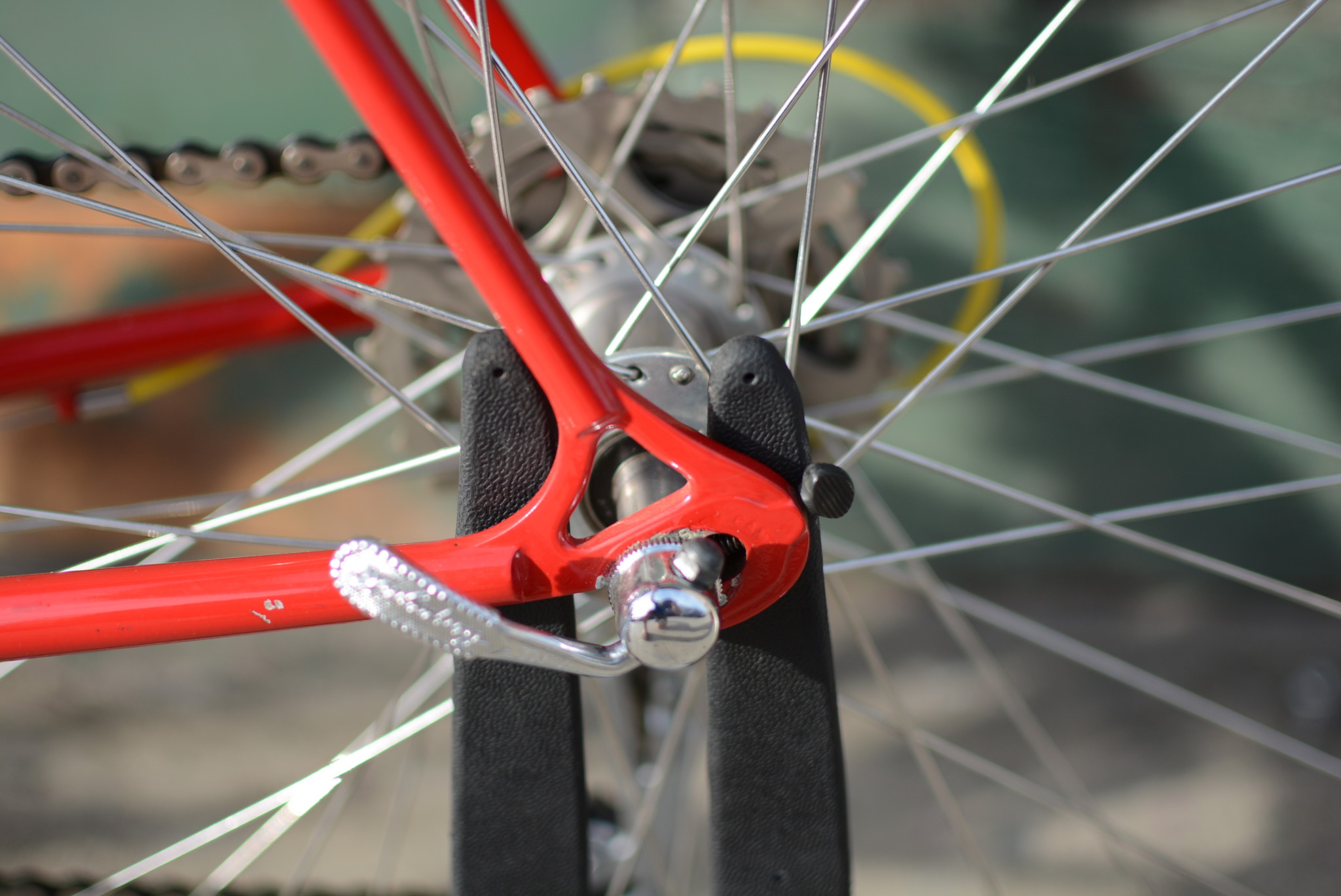 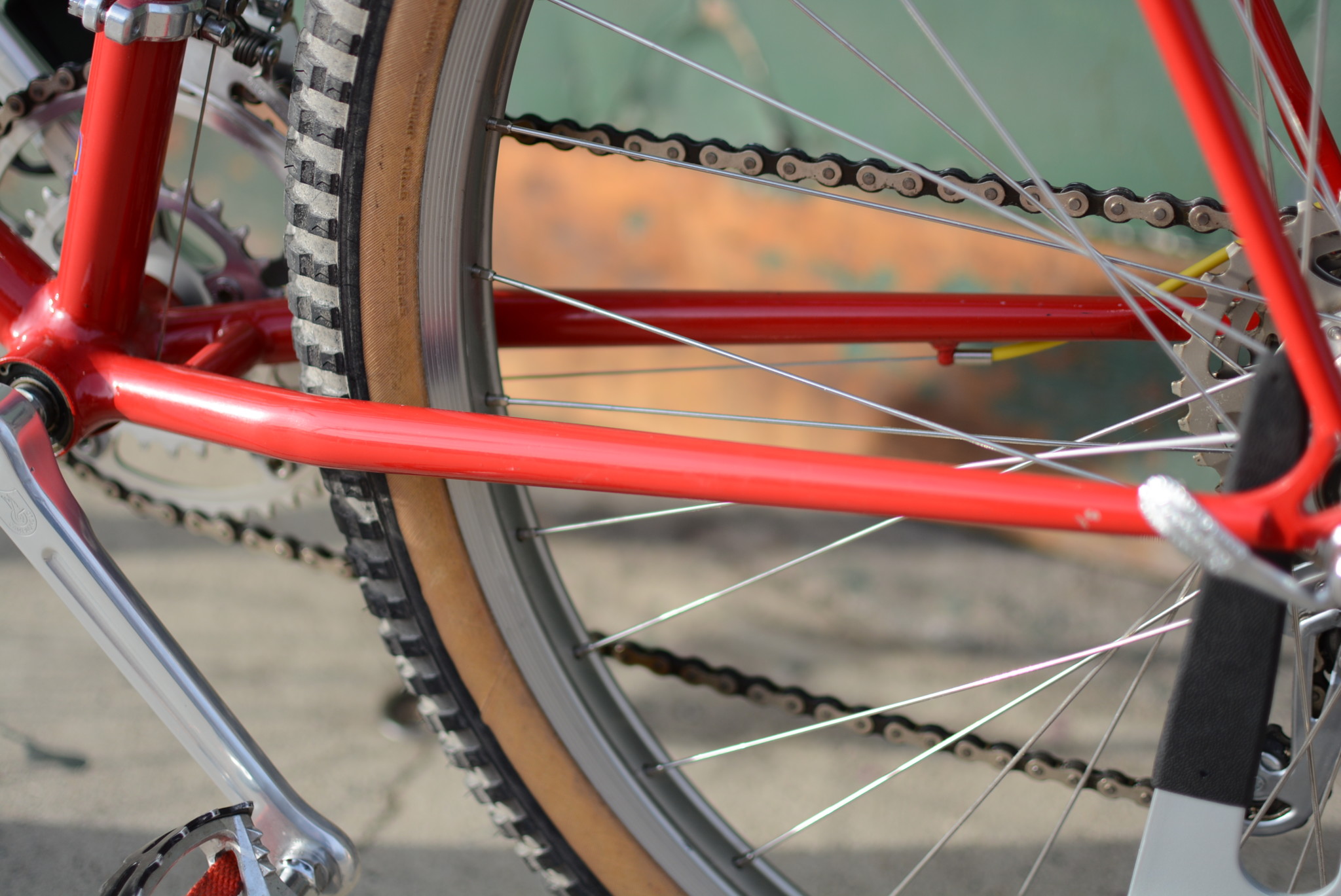 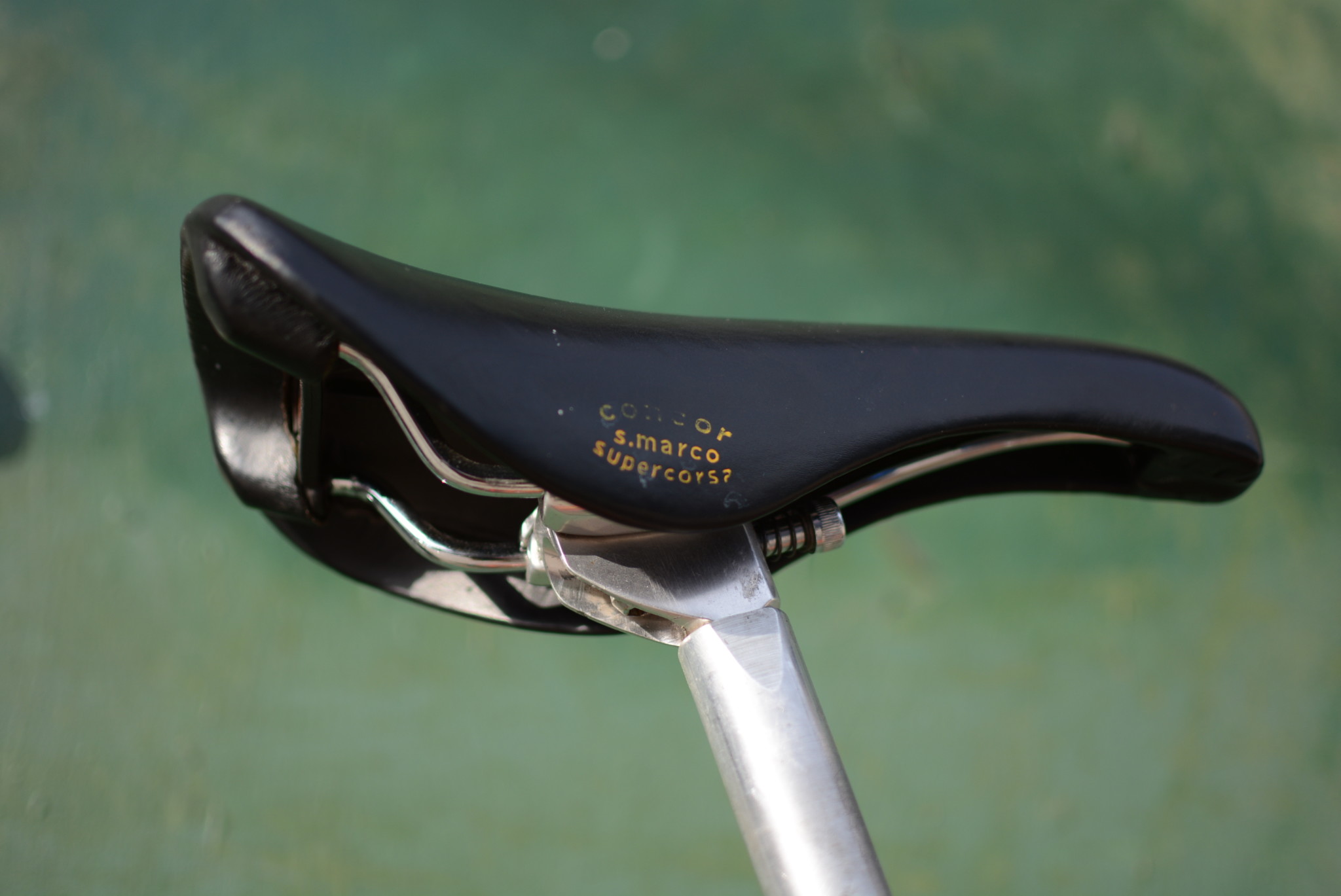 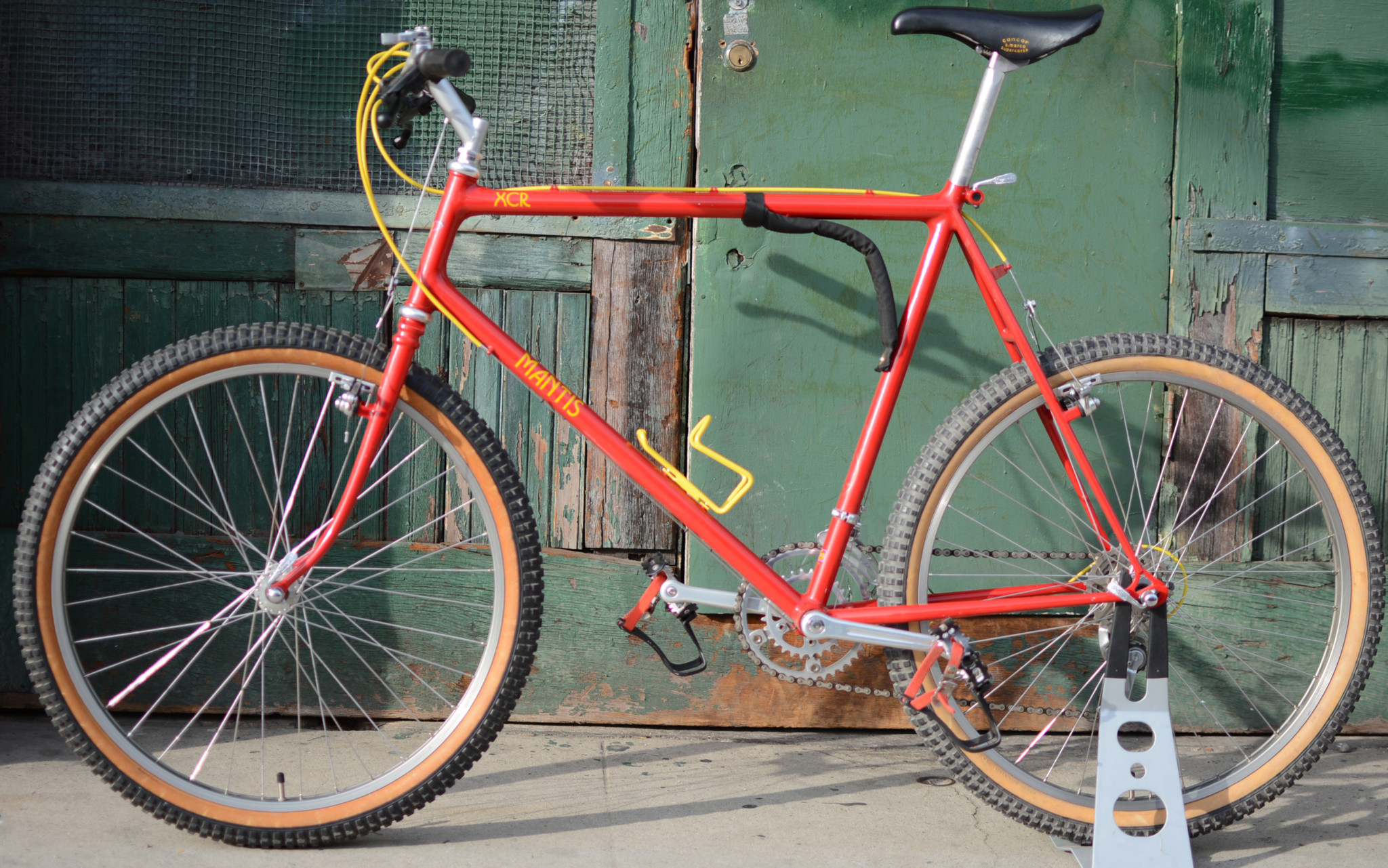 Building this bike back up has been a real treat and offered me a insight into the pre-index world I hadn’t had before. I’ve taken it out on a couple leisurely rides and can’t say I expect to give the bike a proper ride test. While it is absolutely rideable off road, it’s not really a bike that I want to abuse. I hope to find it a nice display location somewhere and let others see what an early bike from Southern California looked like. So much focus is on the NorCal bikes these days, I feel that providing a good counterpoint on the parallel developments would do well to round out the whole story.